Obscurity of the Day: Pin-Up Girls 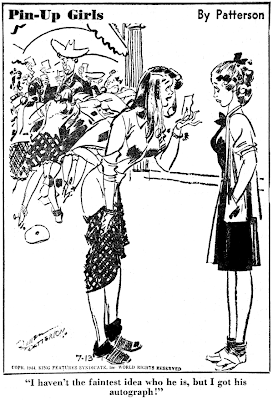 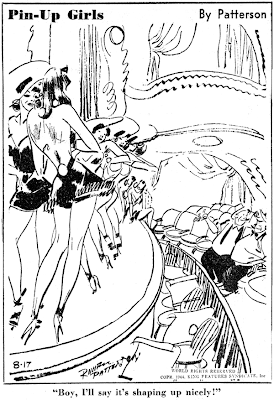 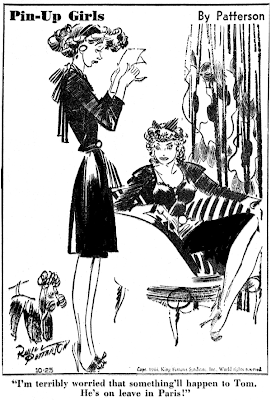 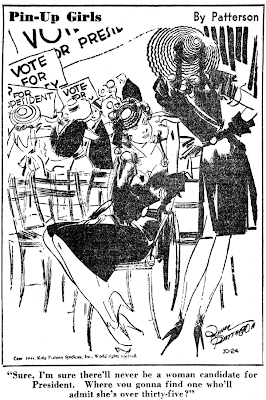 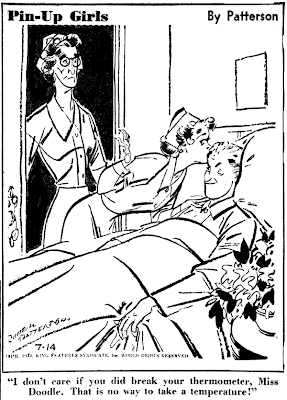 In an era when millions of young men were forced by world events to leave home, the country came together not only to fight the war but also to keep up the morale of these newly minted soldiers. During the war years pin-up girls, previously considered just a bit sordid, were embraced as patriotic. Hollywood churned out actress pin-up photos by the millions, and even the newspaper comics got into the act.

Russell Patterson had a great career going in illustration, and he took this opportunity to do his first open-ended newspaper series (at least for a US newspaper -- early in his career he reportedly did a french language strip in Canada). Patterson had previously confined his newspaper work to closed-end series for Sunday magazine covers, a sample of which can be found here.

Patterson's Pin-Up Girls, a daily and Sunday panel series distributed by King Features, arrived close on the heels to another essentially identical series from the same syndicate, Cuties by E. Simms Campbell. Campbell's feature debuted in 1940, and Patterson's began sometime in January 1942 (exact begin and end dates unknown, can anyone help?).

Campbell's series was proving quite popular, but Patterson's did not catch on. Whereas Campbell seemed to have hit just the right note with his babes, Patterson's cartoons seemed just a bit old-fashioned. His sophisticated drawing technique emphasized style over cheesecake, and newspaper editors wisely preferred the Campbell version. Campbell's girls, beautiful as they were, seemed like they might just be within reach of fantasizing GIs, while Patterson's were vaguely haughty and out of their league.

Pin-Up Girls continued through the war in a small list of papers, ending sometime in March 1946. The Sunday version was discontinued earlier but I don't know when.

Pay particular attention to the top sample above. Can anyone explain to me how in the world that cartoon made it into the papers? Sure looks to me like that girl got a whole lot more than an autograph from the mystery star!

Comments:
Got the original art to a nice Pin-Up Girls panel, wich can be found here: http://tinyurl.com/ydmt7z2