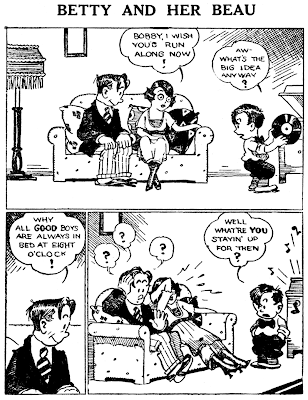 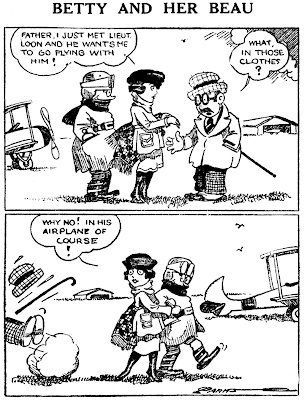 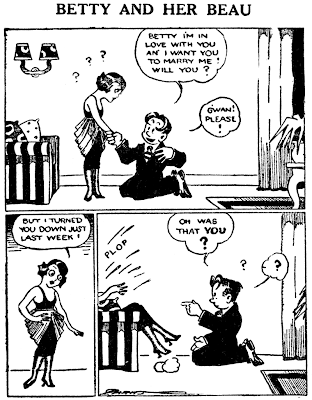 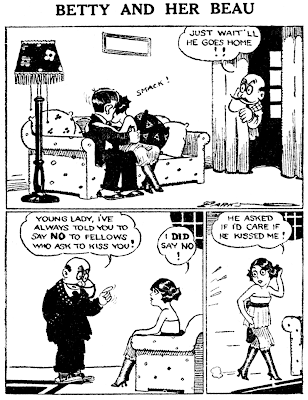 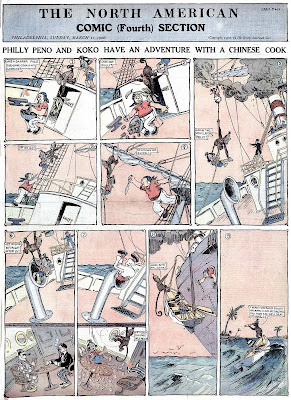 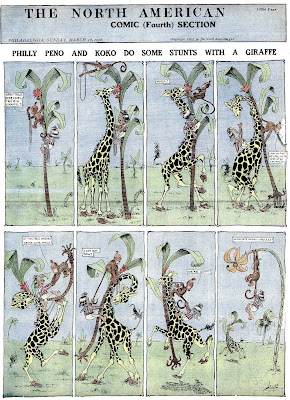 Obscurity of the Day: Uncle Pike 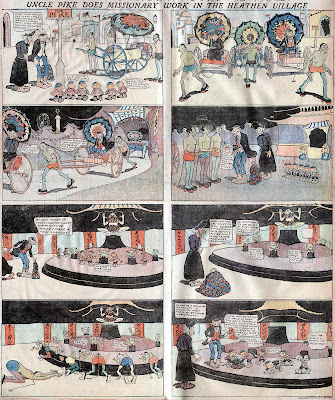 The McClure Syndicate's Sunday funnies section had a real taste for 'rube' strips. Here's one of the longer-running ones, Uncle Pike.

A.D. Reed started the strip on May 25 1902 as Mr. and Mrs. Pike of Pike County, and soon reduced the title to the more manageable Uncle Pike. Reed stopped signing the strip in late 1903, but that doesn't mean he stopped doing it -- Reed seemed to have an aversion to signing his work. Ed Carey did substitute on the strip for at least a few 1903 episodes, and by the time the strip was winding down in 1905 the art was starting to look, to me at least, a lot like the work of J.R. Bray.

News of Yore 1950: Short Items, All With a Mystery Angle

Explaining that his feature has been out for a month, beating the gun on the present rush to collegiate humor, Mr. Pierotti confided to this department: "I did it all myself. I am syndicating it, too. That means footing all the bills, and when a cartoonist does that, he either is crazier than most cartoonists, or he believes implicitly in his product. The latter part of that sentence applies to me."

John broke into newspaper work as a copy boy on the New York Telegram in 1927. He took up illustrating for sports and news events, turned to drawing Old Gold contest cartoons, and then became a staff artist with United Feature Syndicate — all within 10 years. In 1938 he was drawing King's comic strip, "Hippo & Hookie." He started a sports cartoon, "Pier-Oddities," for United in 1943, switched to McClure in 1949.


"Backgrounds' Strips Make It Easy for Reader
(E&P 8/26/50)
Norman Meyers, noted artist, world traveler and current events commentator, has been retained by the Ledger Syndicate (Philadelphia) for a series of strips and captions which will help to clarify the international news for the average reader.

Called "Backgrounds," the first subject is "Korea — Buffer State. " The entire history of the war-stricken country is told in four-panel sequences with capsule commentary, running about 40 words to the panel. Each subject will be covered in four weeks.

Already scheduled for early release are "Formosa — Defense Link" and "MacArthur—Destiny's Soldier." The syndicate advises that schedules may be changed to keep the feature topical. Any new area threatened by aggression would be covered immediately.
[Although 'Backgrounds' was advertised in E&P 1951-56, the only series I've found is the first one about Korea. Has anyone seen other series? -- Allan]

Dawn O'Day Goes Daily
(E&P 8/12/50)
"Dawn O'Day in Hollywood," a Chicago Tribune-New York News comic strip initiated a year ago as a Sunday color feature, will go on a daily basis Sept. 18. Now syndicated in 15 newspapers, the strip is drawn by Val Heinz, 23, the youngest of the CT-NYN's cartoonists. Mr. Heinz, a native of Streator, Ill., worked in Florida as an assistant to Frank King for four years before becoming a student at the Chicago Academy of Fine Arts.
[Another E&P article a month later says the daily will start on 9/11 -- anyone know which date is correct? -- Allan]

'Tommy' Hill Does Strip
(E&P 8/26/50)
Thomas Crawford Hill, newspaper artist and cartoonist for many years, will launch a weekly cartoon strip, "Sketches From Life in Glendale," for the Glendale (Calif.) News-Press and also will serve as staff artist.

Mr. Hill, who now resides in Glendale, formerly was chief staff artist of the Cleveland (O.) Plain Dealer, executive art director for McNaught Syndicate and Central Press and for Toledo (O.) Blade. He also drew cartoons four years for late Arthur Brisbane's column and George Matthew Adams Syndicate.
[Does anyone have samples of this local feature they can share? -- Allan]

Curtis Offers Panel
(E&P 8/19/50)
A. S. Curtis Features Syndicate, Washington, D. C., offers "Sunny Sue," column-wide cartoon-verse feature. Rhymes of the pigtailed youngster are written by Edna Markham of Hollywood. Calif., who has published verse in a Los Angeles daily. The cartoonist is Jack Fitch of Philadelphia who ran a similar feature "The Tenderloiner" in the Washington (D. C.) Daily News and other papers.
[Does anyone have examples of either of the features mentioned? -- Allan]

Comments:
HIPPO was a circus strip written by Elliot Caplin (Hippo was a strongman).
I have seen a strip (copyright 1938) reprinted in a NCS album with Pierotti bio.

Hi Bill --
Thanks for the cites on Dawn O'Day. Case closed!

I guess Tom Hill's local feature was quite the short run at best.

Can someone tell me if joining ProQuest is worth the money. They have some of the larger papers I have been looking for.

Hi Ger --
As far as I know, the Proquest service is basically available only to libraries. It is so expensive that few libraries can even afford to have access to all Proquest's newspapers; they choose only the most important. The black papers,for instance, are available at very few libraries. 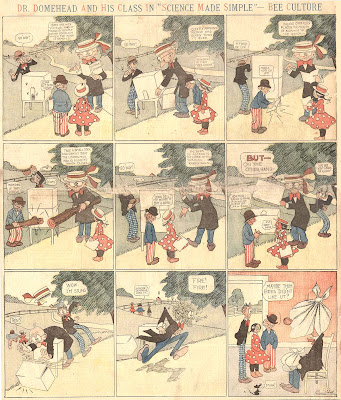 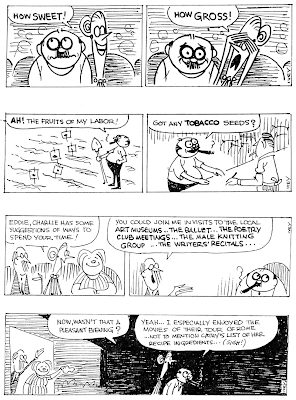