Tuesday, December 10 1907 -- Today Herriman inaugurates his first new series for the Examiner in over seven months. The opening of the Santa Anita track has Angelenos excited about horse-racing, and Herriman obliges with a series that follows in the footsteps of Clare Briggs' A. Piker Clerk and Bud Fisher's A. Mutt. Mister Proones the Plunger will run through December 26, but I'll only be showing this first episode on the blog since the series has been reprinted. To read the rest of the series I direct you to the Spec Productions/Bill Blackbeard reprint series available here. The reproduction of the strips is excellent and I highly recommend it. 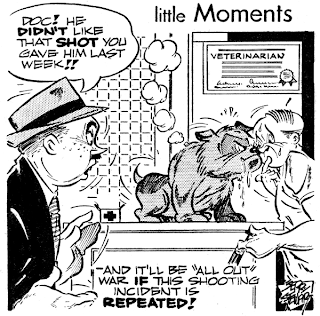 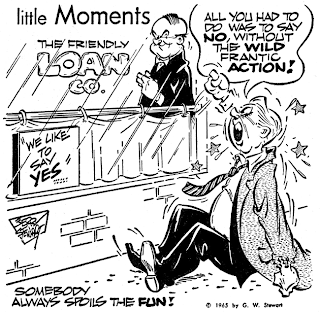 Obscurity of the Day: The Wandering Goat Bolivar


A late entry to the Boston Herald's third and final attempt at syndicating its own comic section, The Wandering Goat Bolivar ran from January 26 to August 9 (or August 30 in syndication) 1908.

I admit to not knowing enough about Central American revolutionary leader Simon Bolivar to quite understand why the goat is named after him, or why, for that matter, the goat wears a crown. Hopefully an astute reader can fill in the implications of the title and the character.

What I can say is that this is Hal Coffman's first known comic strip series, and ran a few years before he became a fixture in the Hearst newspapers. Coffman was a jack of all trades with Hearst, supplying large Sunday editorial cartoons (spelling McCay), weekday news and social cartoons, story illustrations, sports cartoons, you name it. Coffman had a long career, at least into the 1940s, but he was never particularly comfortable with series comic strips. The few he did were short-lived.

The pleasantly cartoony style Coffman exhibits here bears little resemblance to his later work, which is more detailed and realistic.

Comments:
I am researching Hal Coffman for a book on his editorial cartoons. I am interested in any biographical info on Mr. Coffman you have and information on his work in comics. I have found a few references to him being an early innovator in the genre but nothing mentions why. Any help or info would be appreciated.
left_handed@sbcglobal.net
Mark A. Nobles

Hi Mark --
Offhand I can't think of anything all that innovative about Hal Coffman's work. But then again, since I focus on strips, maybe there is something about his other work that I'm missing. 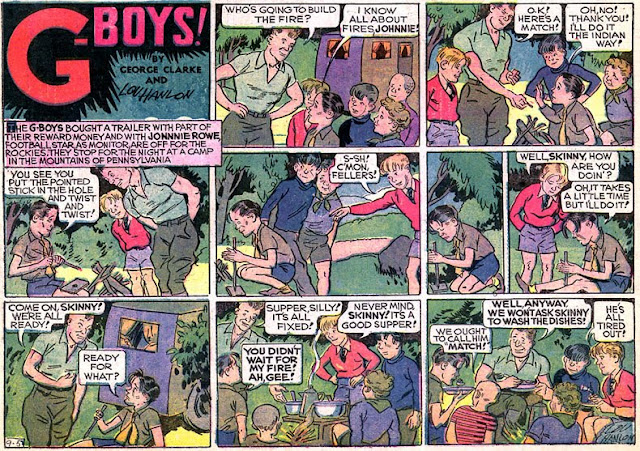 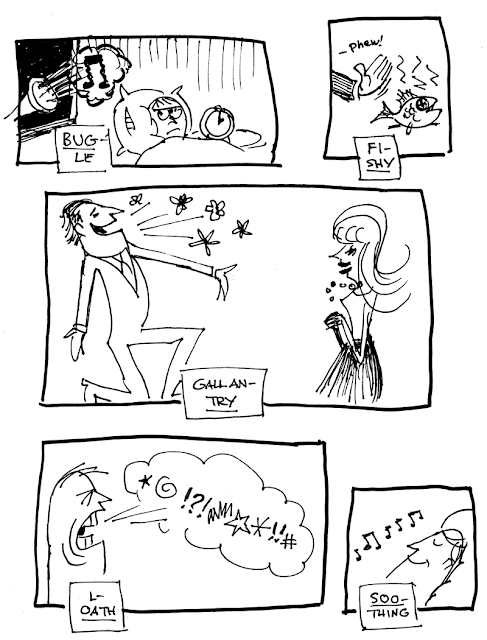