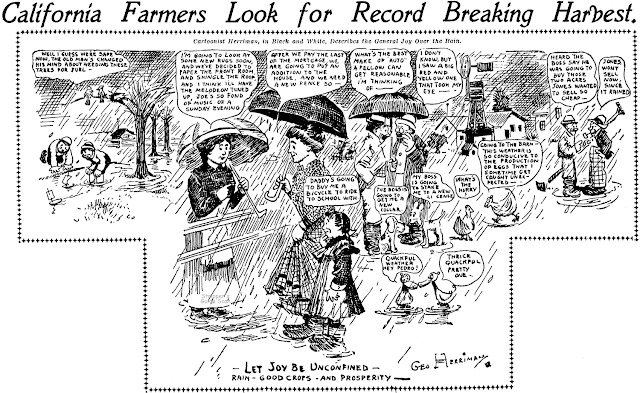 Do you know when Barney Google was completely phased out of his strip for Snuffy Smith?

Also, any idea where I can see examples of "The Squrrel Cage?" I've only seen bits and pieces...

Thanks, and keep up the good work!

Hi Tm --
Barney Google continues to make occasional guest appearances in Snuffy Smith primarily, I guess, to establish current copyright/trademark. Squirrel Cage has not been reprinted in any great quantity, but I do know of one fan who is trying to amass a complete run for a possible reprint project.

Obscurity of the Day: Pranks of the Fourpaws 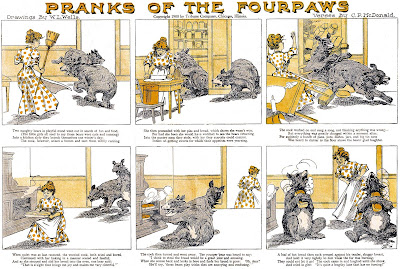 Need to get rid of those pesky bears that are always sneaking into your kitchen? Then look no further than Pranks of the Fourpaws for helpful hints. This series from the Chicago Tribune Sunday section featured animals of various species drawn by the sure and wonderful hand of W.L. Wells (see another of his series here). Not so sure or wonderful are the accompanying verses by one Clarence Patrick McDonald, who apparently could do better. A few of his poems about sports had some popularity, and he produced several books of inspirational verse.

Comments:
I love the smell of fresh bread and burning bear fur in the morning!

Obscurity of the Day: Mayme the Manicurist 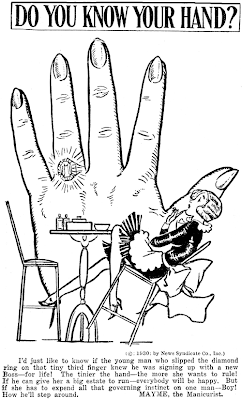 Mayme the Manicurist is one of those features that I have to wrestle with. Is it an illustrated column (not eligible for my guide) or is it a cartoon panel that goes a little heavy on the text (welcomed)? I think in this case it was the jaunty, sassy text blocks that won me over.

I'm willing to bet that Mayme is the only cartoon series ever on the subject of palm-reading. While that pseudo-scientific silliness was the bread and butter of the feature, sometimes the feature veered off into reading body language, handwriting analysis and other subjects. It was all quite cute and entertaining and rarely took itself too seriously, a big plus for this oddball niche feature.

Fun it might have been, but it certainly didn't catch on. The daily panel ran in the New York Daily News, and there was a syndication attempt but I've never seen it elsewhere. All my samples are from 1930, and so was the syndication listing in E&P. I don't have definite start and end dates. The art was signed by Glen Ketchum, who doesn't have any other credits that I know of. He may have also been the writer, but there was no official byline on the feature.

The feature vacillated between the 2-column format shown above, which includes a large cartoon, and a 1-column format in which the cartoon is not nearly so prominent. 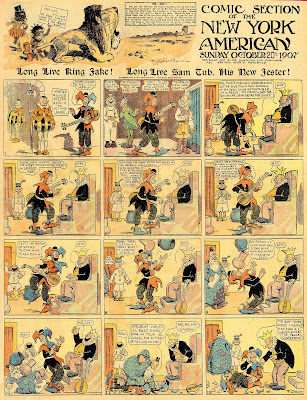 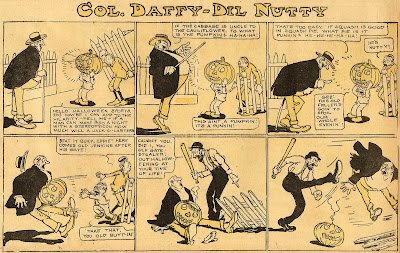 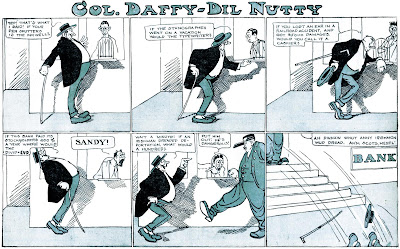 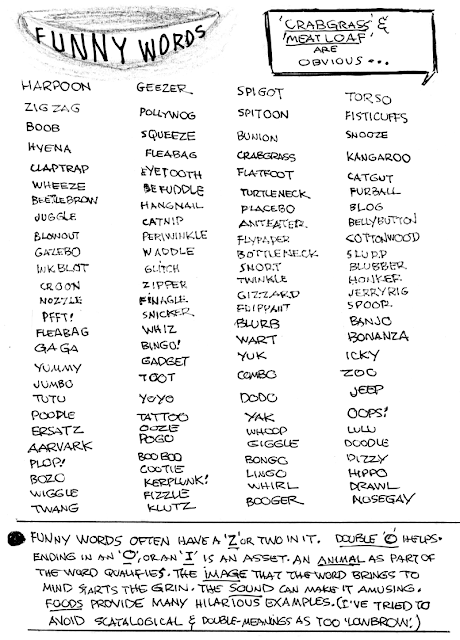 Comments:
Someone once asked Groucho to say something funny. He said, "Popcorn."