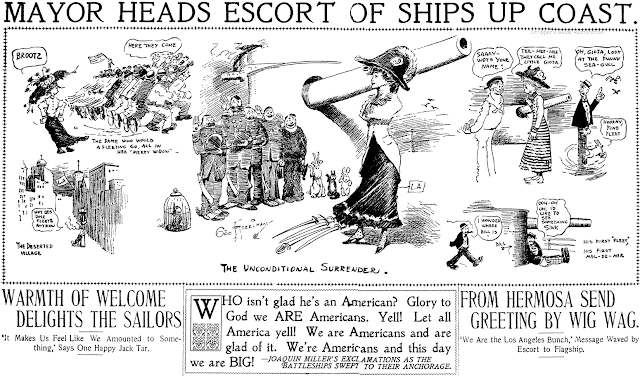 Sunday, April 19 1908 -- The fleet's in at San Pedro Bay, and to Herriman's judgment all of Los Angeles has traveled there to greet them.

keep em comin'. You're doing the world a service.

ps. is that one a full-page width? Not enough underneath the cartoon to count the columns. might be seven.

Oops! Blame the flyin' fingers. Error corrected, thanks Eddie. And yes, this and most of Herriman's cartoons of this style were full 7-column page width. 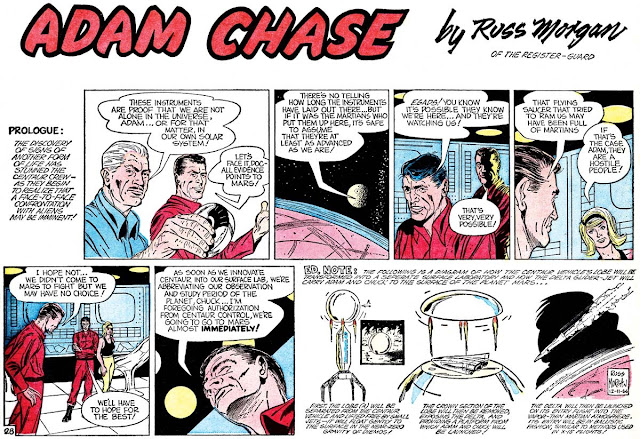 Adam Chase strip #28, originally published December 11 1966. For background on the strip and creator, refer to this post. 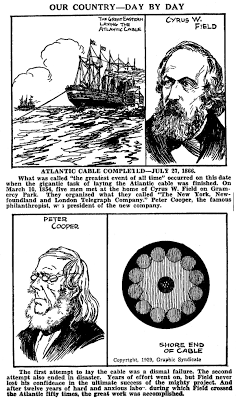 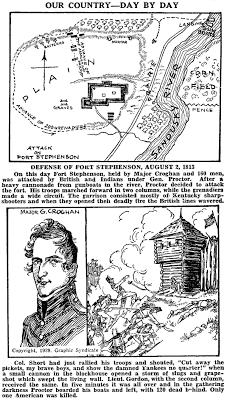 The writing on the strip was initially credited to Nicholas D. Mount, but the credit was dropped after June 29*. Whether that signaled a new hand on the strip or not is unknown. The artist was never credited. Is it my imagination, or does the art look a bit like that of Nick Afonsky -- who has several other history strips in his ouevre?

* Update: Mark Johnson has sent me a sample from August that is signed in the art, "N. Mount". So it may be that Mount was not only writing throughout but was also the artist. 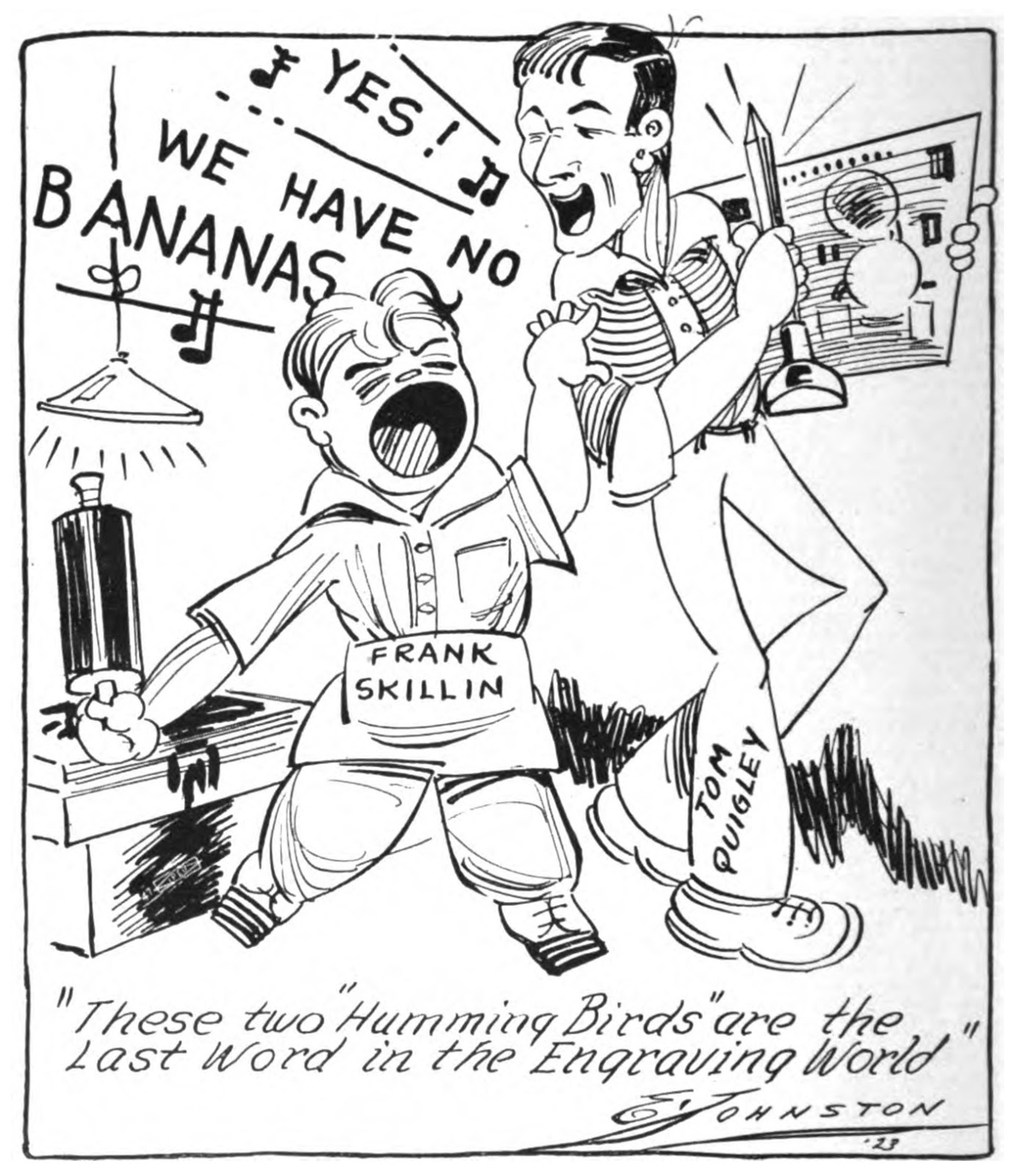 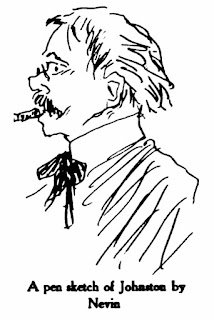 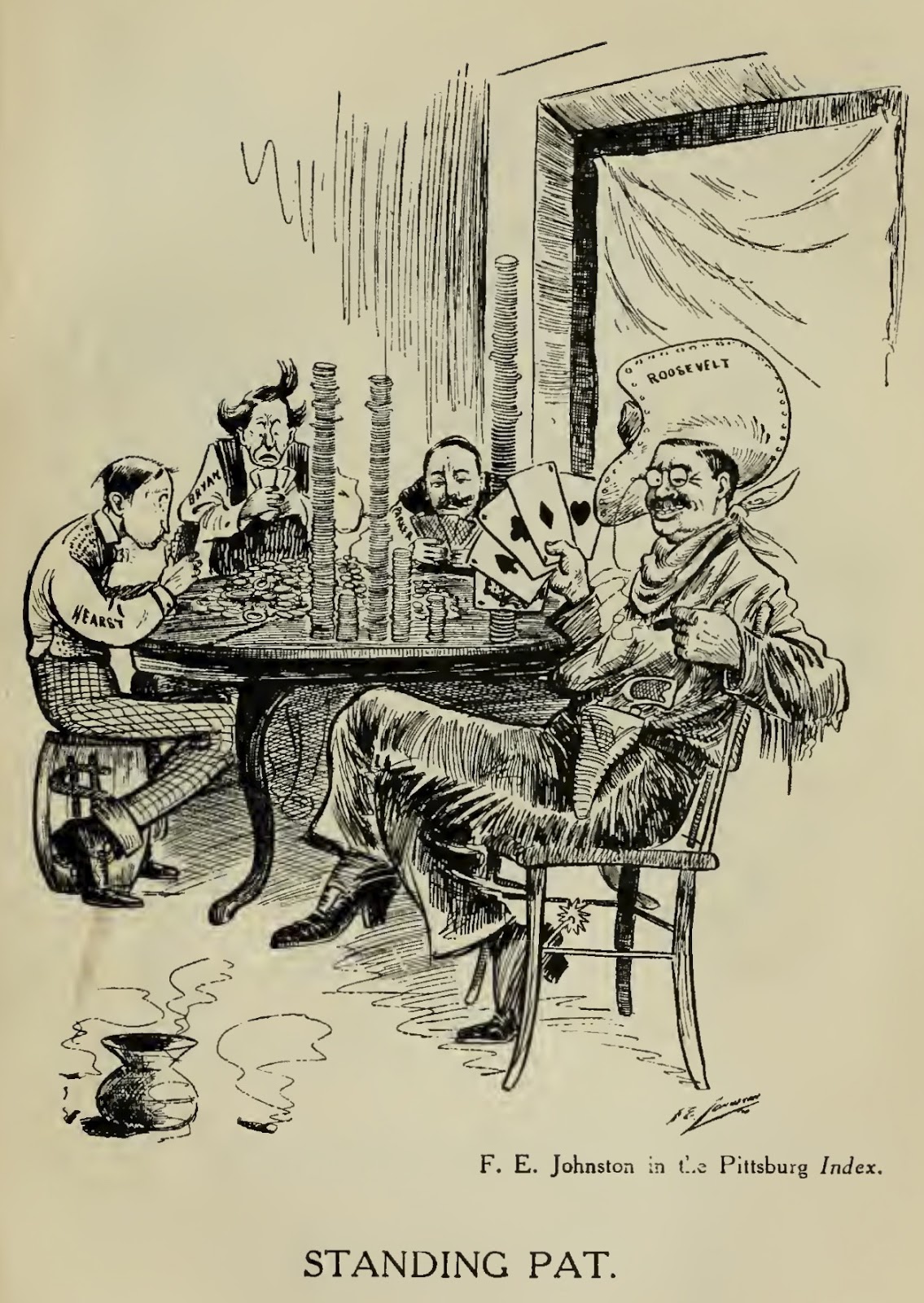 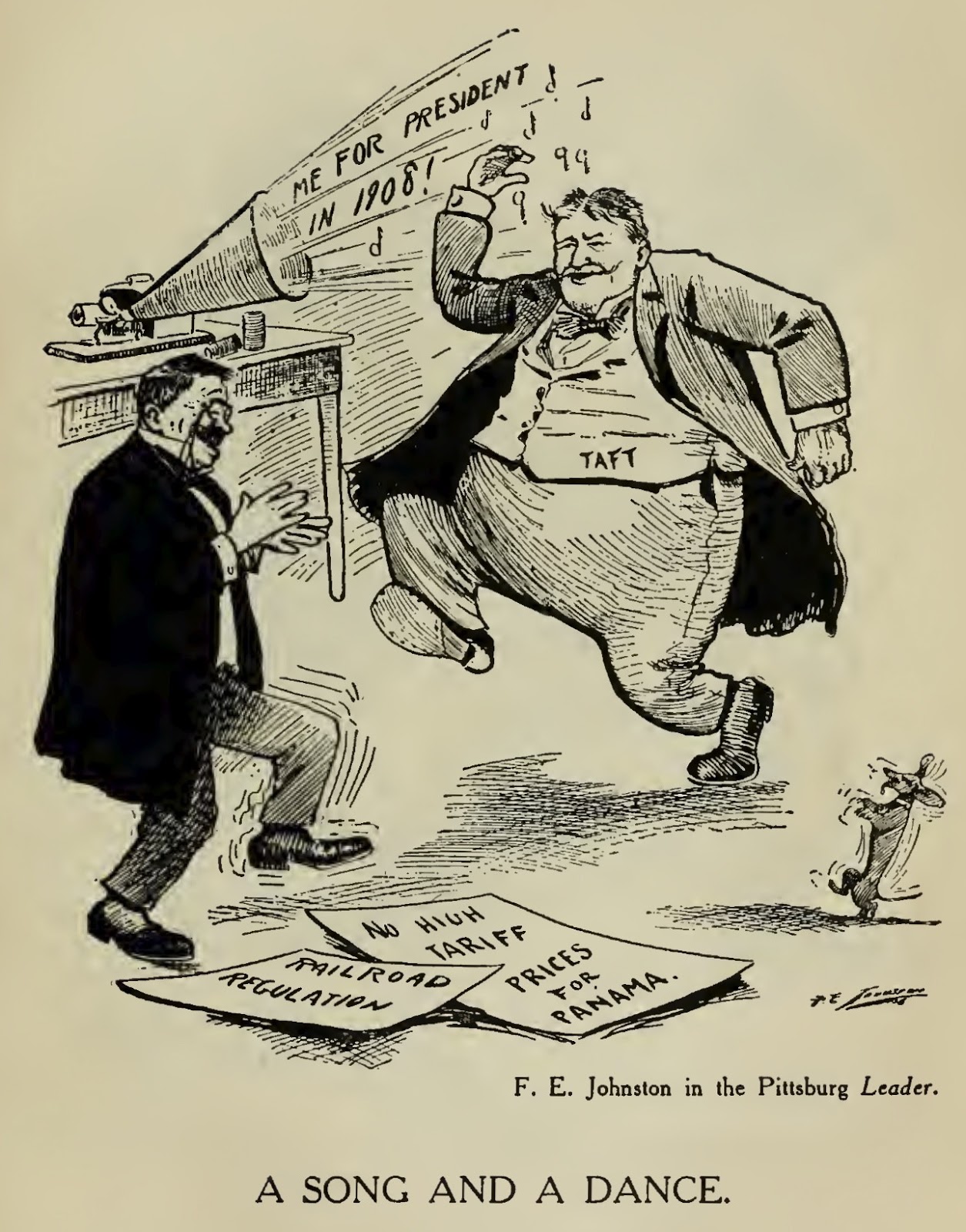 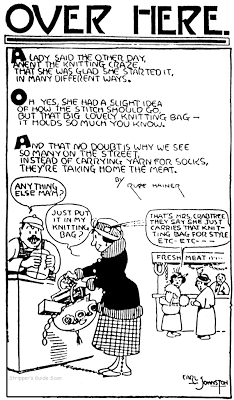 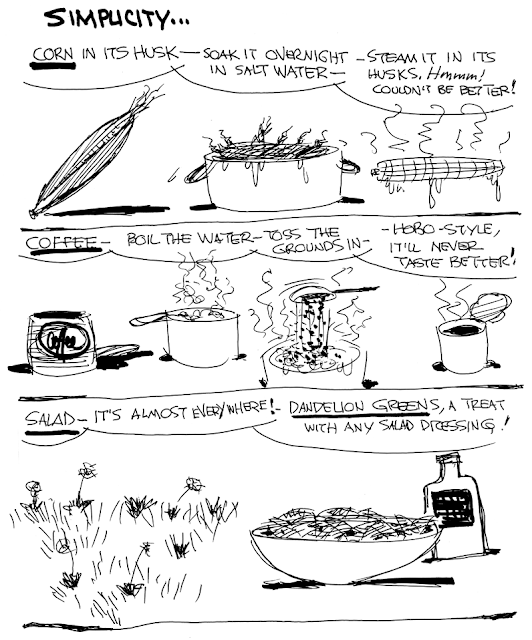 Comments:
I love the smell of e-coli in the morning....smells like---Dysentery

Jim sez ... normal people wash any salad greens thoroughly. By the way, I am fascinated by the thought that dandelion wine is mad from the flowers. Imagine what a chore that would be!