Saturday, May 9 1908 -- Herriman does a news roundup today; top headline is that Secretary of the Navy Metcalf is reviewing the fleet in San Francisco.

Then we have an obscure one, probably something about the Daily Telegraph Affair, in which Wilhelm II made some very undiplomatic remarks about his country's aims.

Then we have a cartoon illustrating some of the advances made because of the Pure Food and Drug Act of 1906, including better policing of canned goods, federal oversight of liquor production, and removal of questionable ingredients (like cocaine) from sodas.

Finally, Herriman notes that the population of Los Angeles has reached 300,000. Today it is 3.8 million! 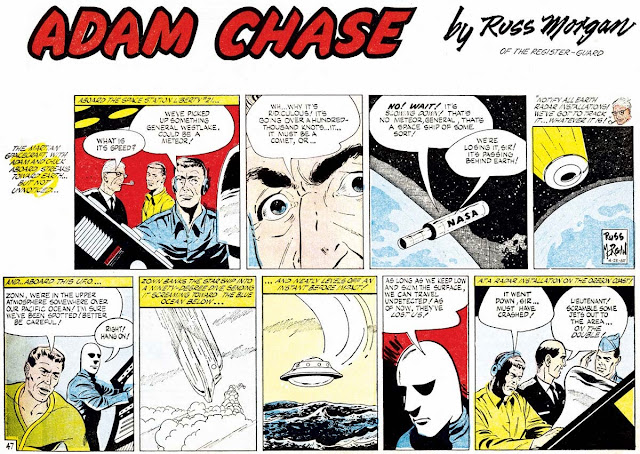 Adam Chase strip #47, originally published April 23 1967. For background on the strip and creator, refer to this post. 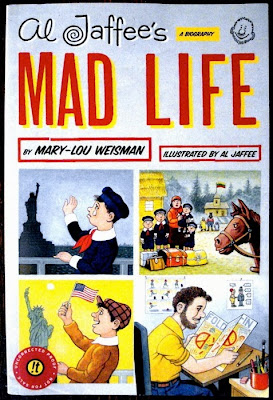 If you're only interest in reading a biography of Al Jaffee is to read anecdotes about the hijinks of he and his cohorts at MAD magazine, you're going to be disappointed. This is not a bio of his working life, though of course that is discussed. This is a general biography, in the sense that we learn about the man's life, and his work is only a part of it.

And it's a smaller part than you might imagine. Jaffee comes across as a man whose ability to draw and write was not so much an all-consuming passion as a conveniently discovered talent to keep food on the table. As such, his biography is short on details about his professional life. That's too bad, because I sure would have liked to learn more about his newspaper work. So, I'm sure, would Mad fans like a whole book about his work for Bill Gaines and company.

However, given the caveat that this book is most definitely not the ultimate fanboy's dream, I must say that the story of Jaffee's life made for very interesting reading even without the comics angle. Not to give too much away, but Jaffee's childhood was quite eventful and makes for interesting reading. As you can gather from the cover drawings, Jaffee had a reverse immigrant's life -- he actually left America as a boy and grew up elsewhere.

The book is illustrated throughout with color Jaffee drawings and a few photos. Some of the drawings were created for this biography, others are samples of vintage Jaffee work.

If your reading diet can stand a dose of something other than comics and comics-related content, I heartily recommend this engaging read.

Comments:
Thanks Allan--
Question-- what comic creator biographies do you find essential?

Hi Andy --
'Essential' is setting a pretty high bar. I think it depends on your particular interests. Obviously we should read bios of the creators whose work speaks most to us.

Is any one bio really essential for every comic strip fan? I dunno. Would anyone else like to weigh in on that question?

Well I learned French just to be able to read the interview/biographies of Hergé and Franquin... the interview based biography of Will Eisner which appeared just after his death is a good read... and Mort Walker's Backstage at the Strips remains a pretty seminal work. 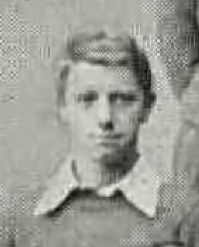 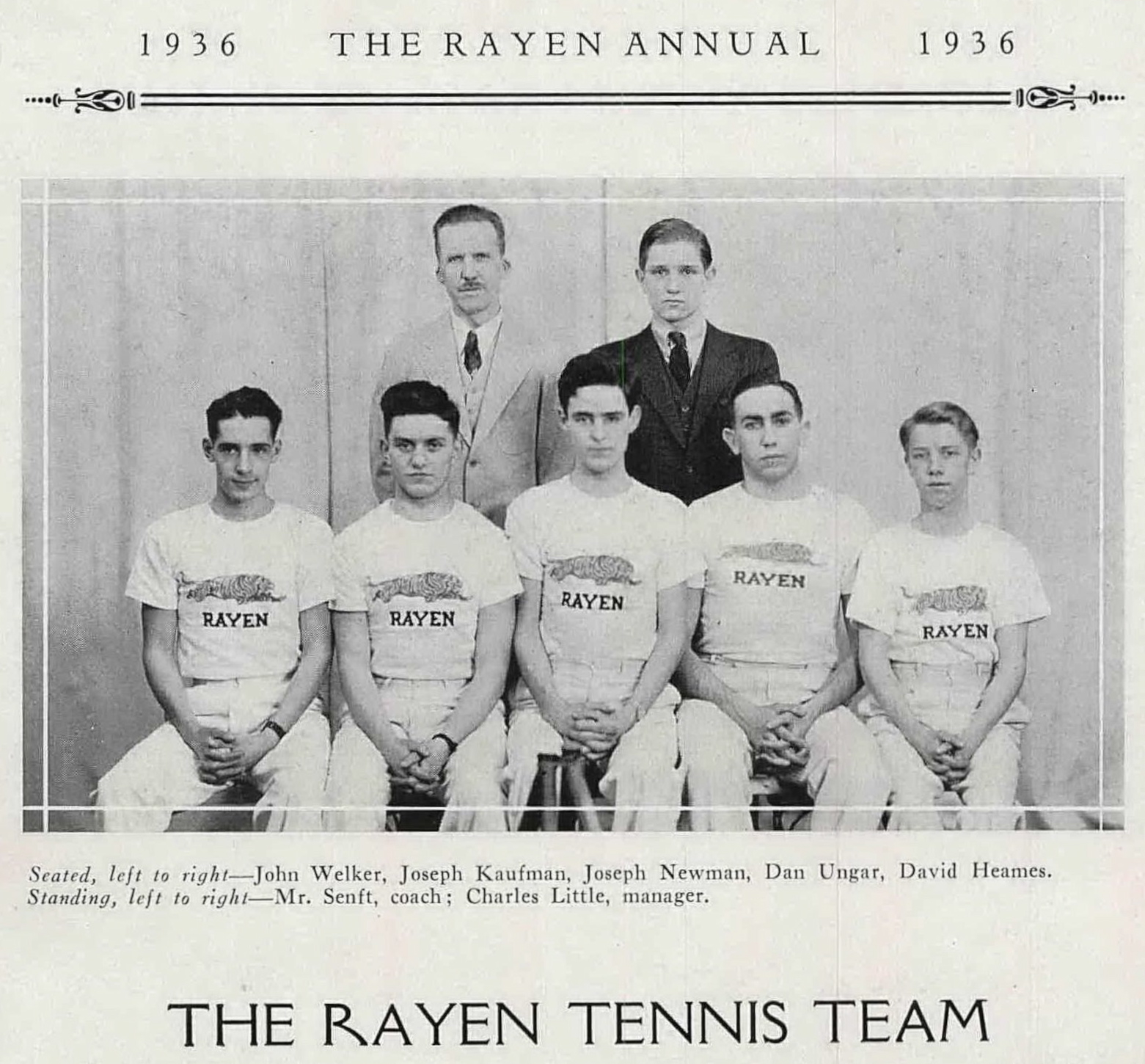 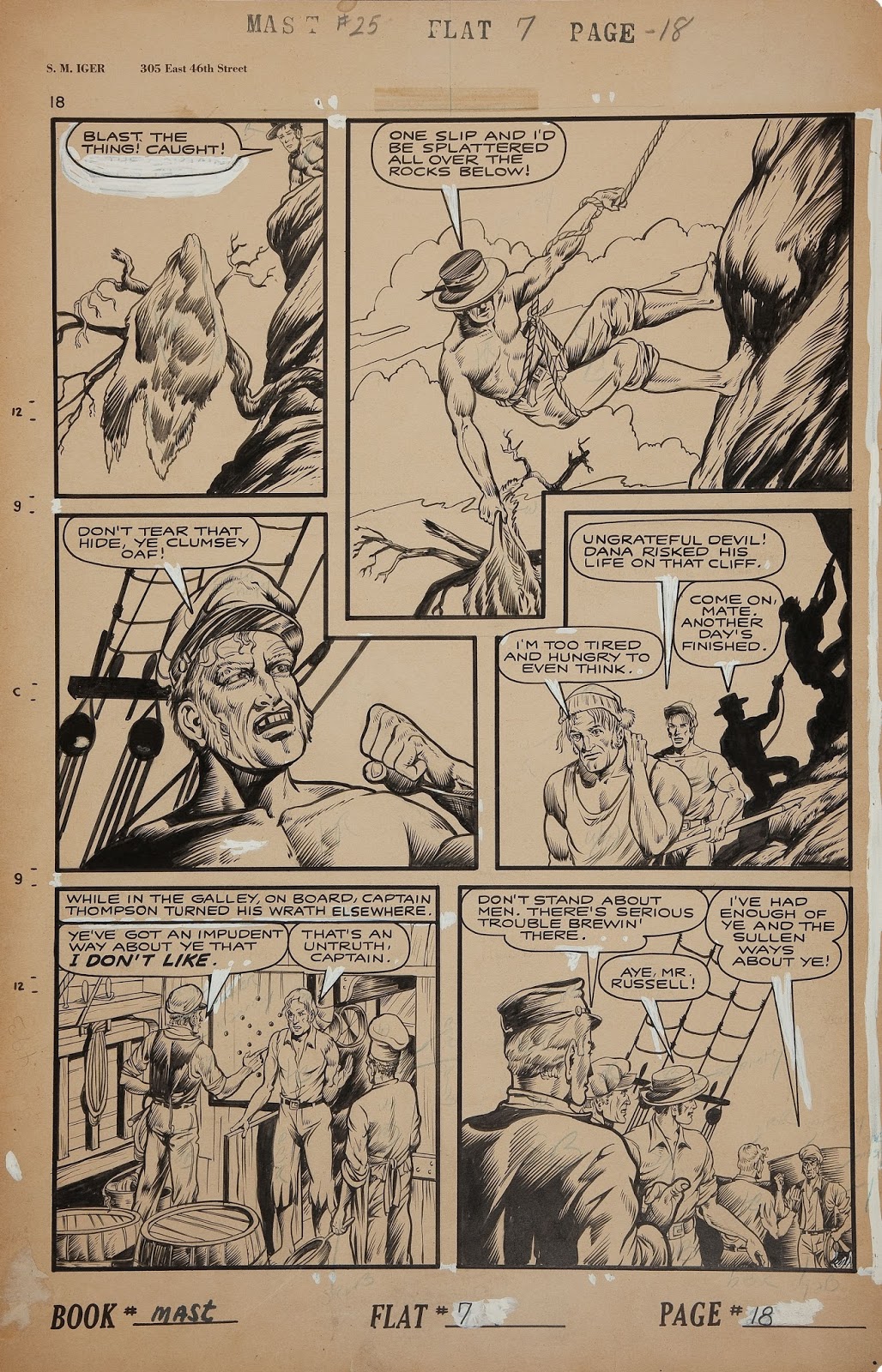 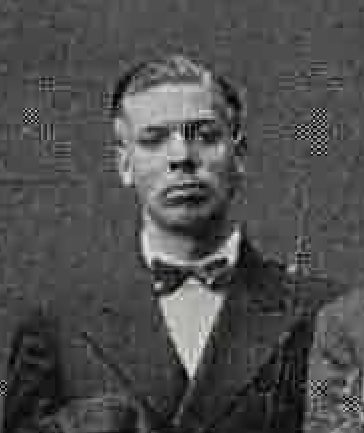 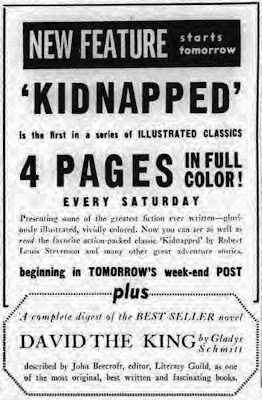 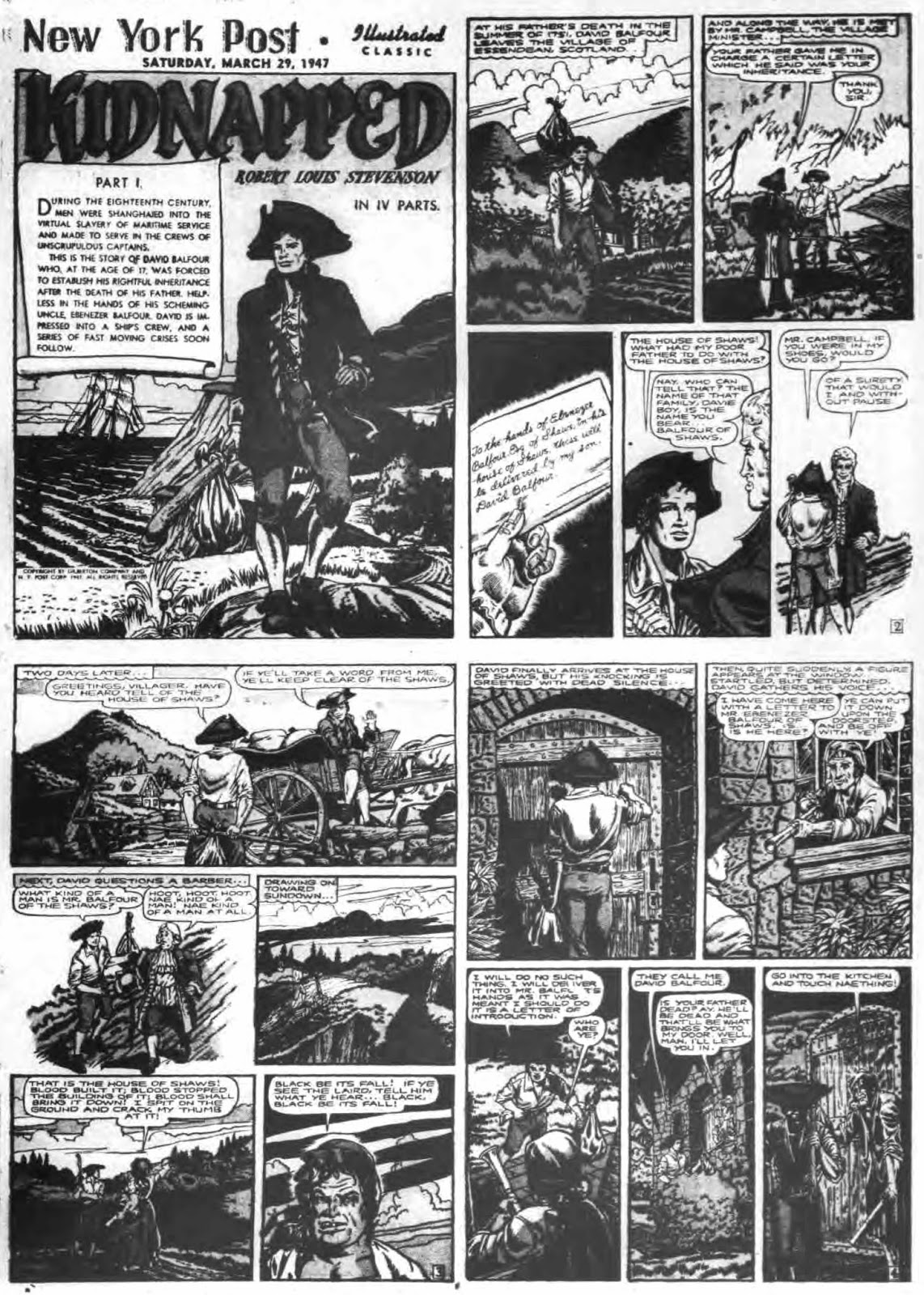 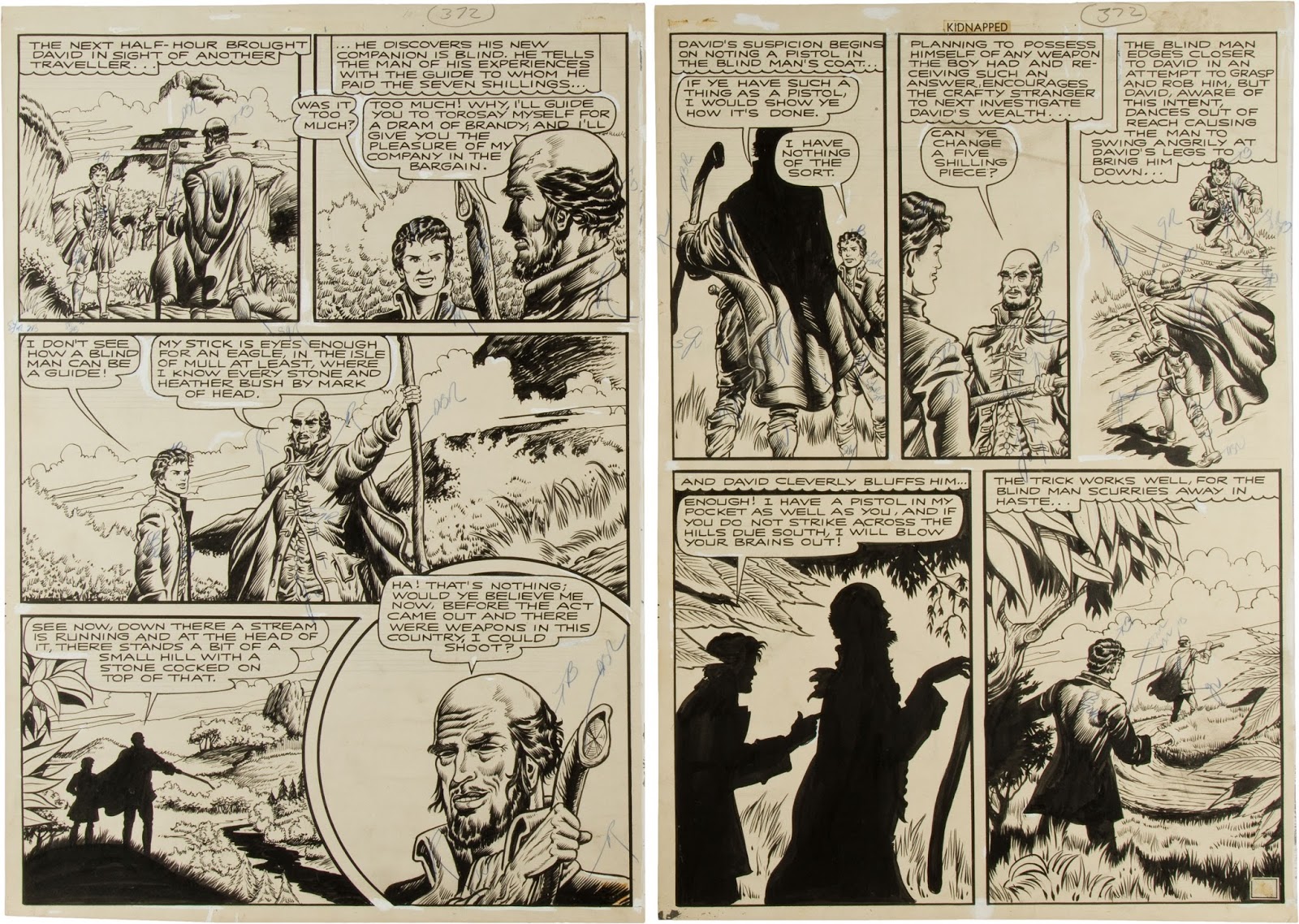 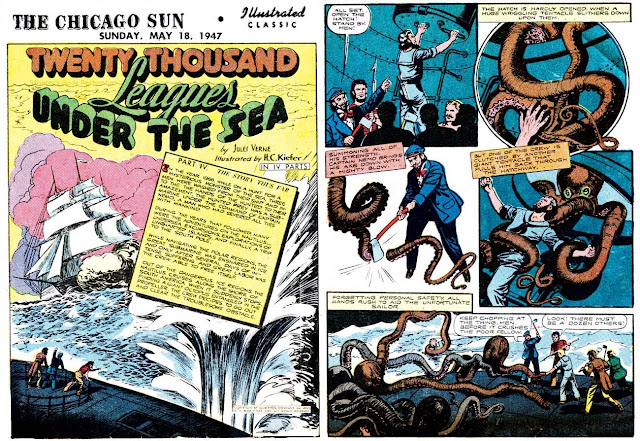 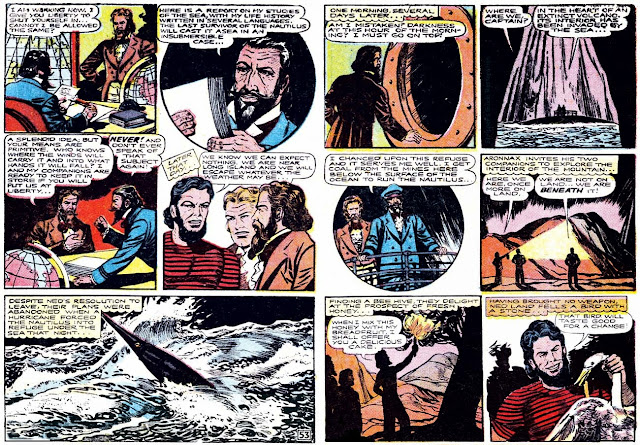 Comments:
The serie was translated in French and published by Québec City newspaper LE SOLEIL from 1947 to 1950. https://la-bd-de-journal-au-quebec.fandom.com/fr/wiki/Classiques_Illustr%C3%A9s_-_Le_Soleil

Hi Andre --
Evidently Le Soleil ran the series in a different format than the American newspapers, resulting in each week's episode only including 4 pages worth of story, rather than the typical 16. That explains the much longer publication history. I imagine it was also a much more attractive format, presumably the comic book pages would not have been miniaturized as severely. Interesting that the syndicate allowed that.

Thanks for the head's up! 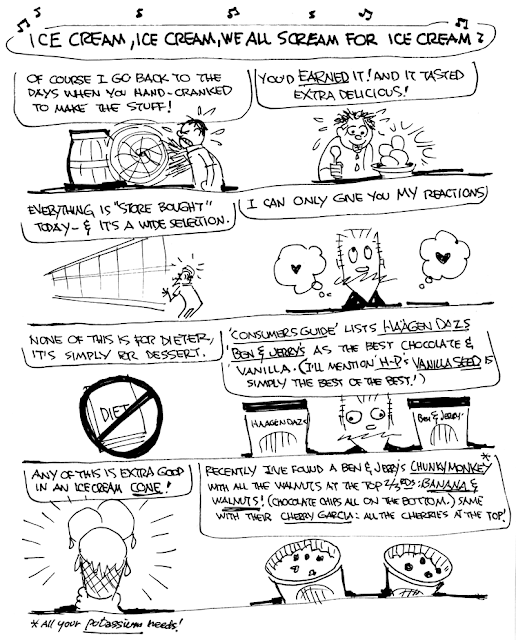 Comments:
Red Velvet Cake and Boston Cream Pie Ice Creams from Ben & Jerry's has made me the 'big guy' I am today.