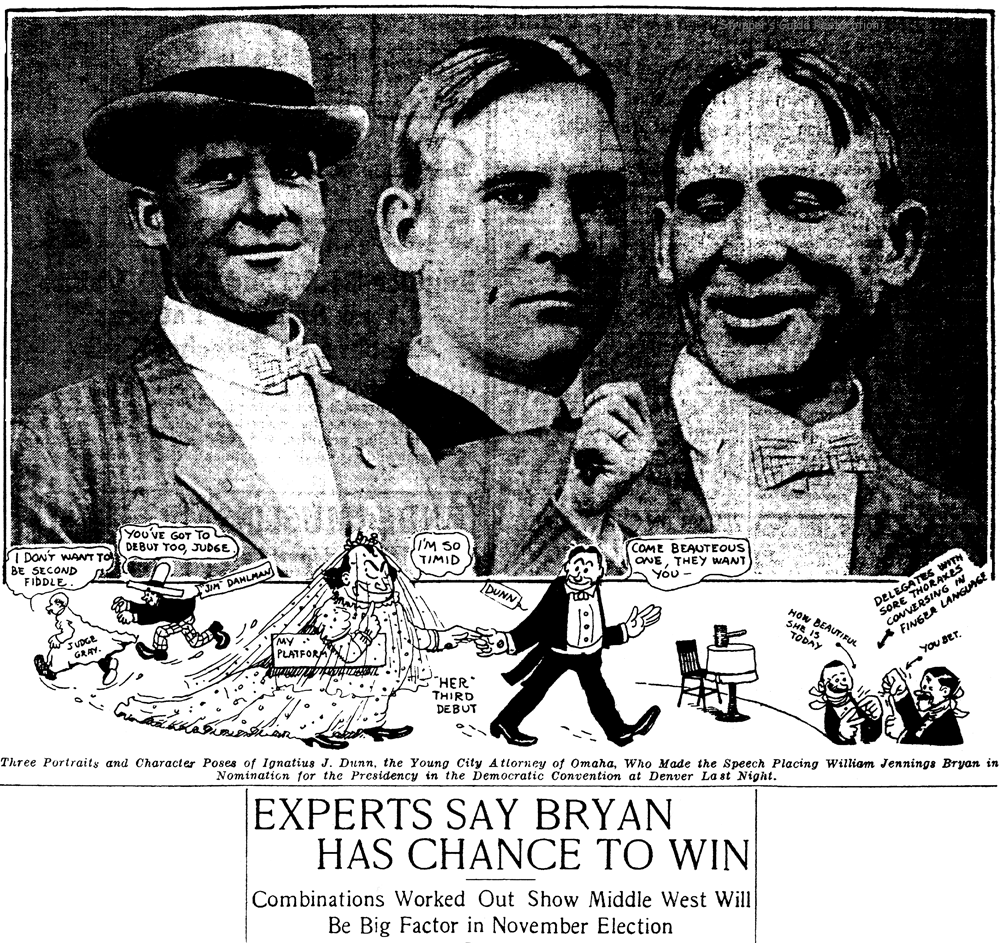 Friday, July 10 1908 -- I. J. Dunn's nominating speech, as we discussed in an earlier post, was a real barn-burner, giving him a momentary bit of national celebrity. 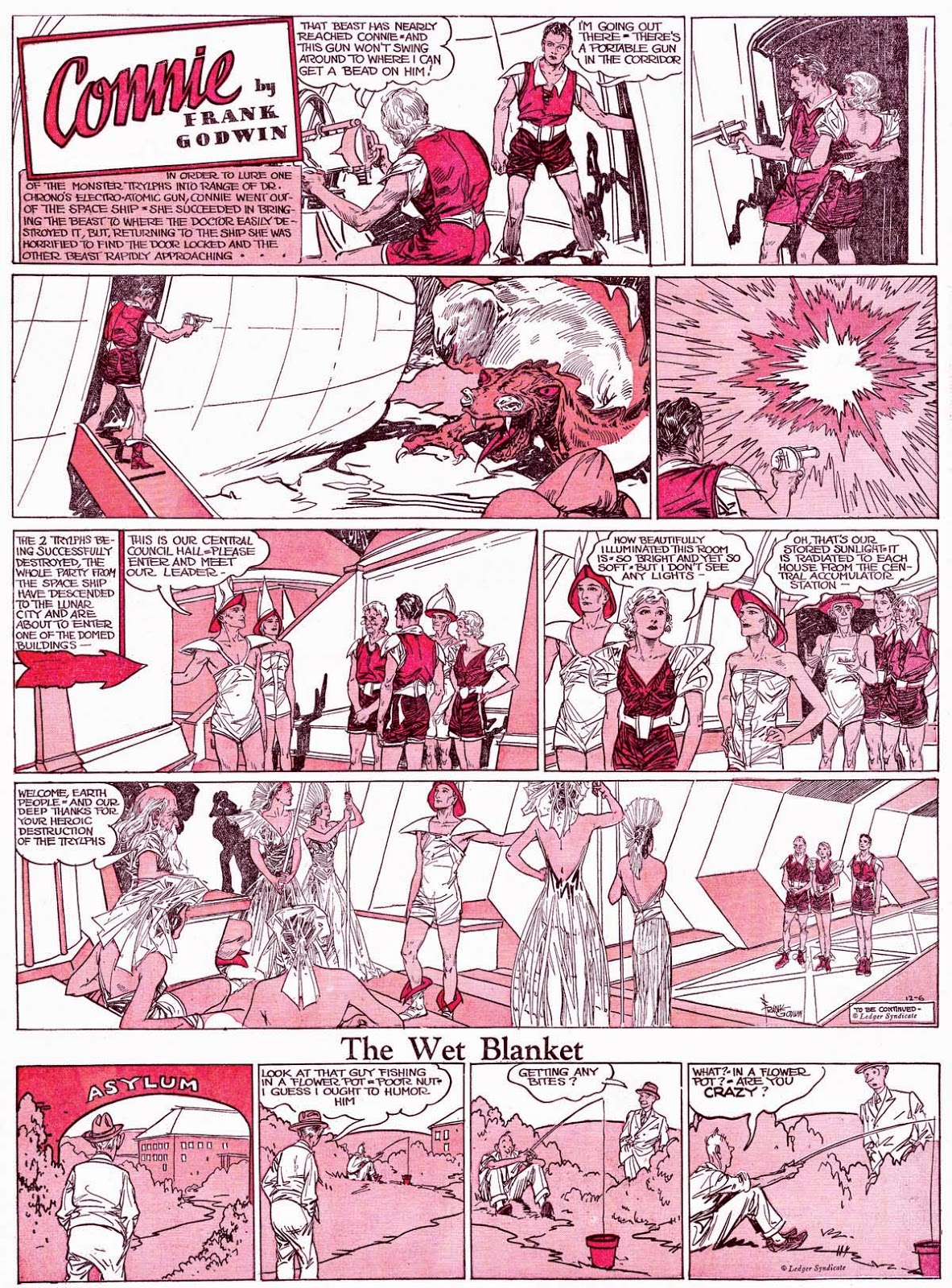 Comments:
My god.This is amazing. This is my first exposure to Godwin. It's like if Charles Dana Gibson did comics. His suceeding strip, "Rusty Riley" definitely looks like Gibson. Thanks so much for psoting this. I think it's possibly superior to Raymond.
David Miller-lad

Loving the Connie episodes. But I'm puzzled by this Wet Blanket strip. Exactly *why* is the guy fishing in a flower pot?


Walter Earl Kaharl was born in Haverhill, Massachusetts, on December 4, 1894, according to his World War I and II draft cards. In the 1900 U.S. Federal Census, he was the second of three children born to Walter and Alice. His father was in advertising. They lived in Saugus, Massachusetts at 33 Whitney Street. His writing and drawing abilities were recognized in the Boston Herald’s Sunday Junior page. On May 26, 1907, he received honorable mention; his listing was: “Walter E. Kaharl, 69 Lowden avenue, Somerville.” In the July 14, 1907 edition, he received another honorable mention and his 168-word story, about catching a frost fish, was published without the illustration.

In 1910, his widow mother was the head of the household. They resided in Exeter, New Hampshire at 4 Salem Street. Kaharl was a shoemaker. He signed his World War I draft card on June 5, 1917. He lived at 75 Main in Haverhill, and was a wood heeler at the Moore Heel Company. His description was tall and slender with brown eyes and dark hair.

The 1920 census recorded him, his wife, Pauline, and seven-month-old daughter in Haverhill at 17 11th Avenue. His father-in-law, William Archibald, a plumber, was head of the household. Kaharl was an edge-setter at a heel shop. When the other shoe dropped, he was working as a cartoonist. According to American Newspaper Comics (2012), his panel, Do You Know, began December 13, 1926 and ended in 1929. McClure was the syndicate; Western Newspaper Union distributed the McClure material from 1930 to the mid-1930s.

The date of his move to Philadelphia is not known. According to the 1940 census, he was there in 1935 at 1957 Ashley. His occupation was newspaper artist and highest level of education was two years of high school.

On April 27, 1942, he signed his World War II draft card. He lived at 1621 W. Diamond Street in Philadelphia, where he worked for the Evening Bulletin. His wife was back at their old residence in Haverhill.

At some point he rejoined her. The 1961 Haverhill Directory listed his residence at 85 School and occupation as artist.

Kaharl passed away in August 1969, according to the Social Security Death Index. He was buried at Maplewood Cemetery in Haverhill. HIs wife passed away in 1977. 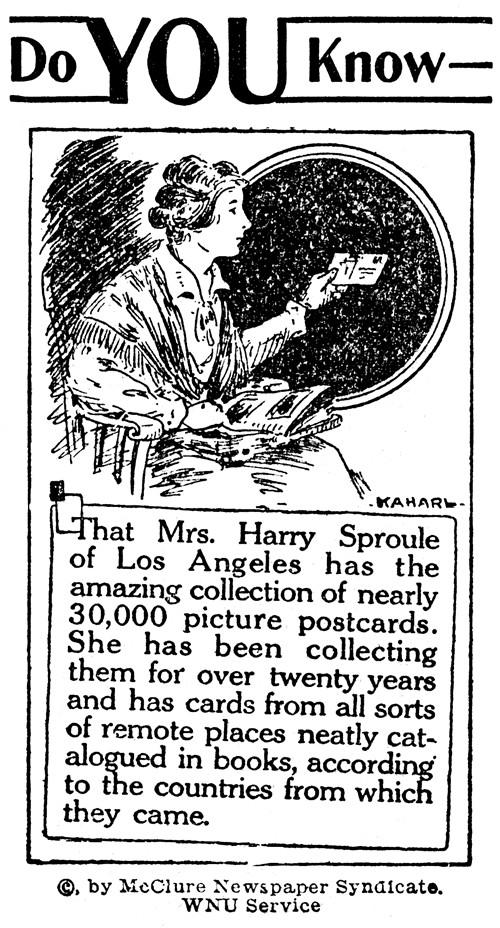 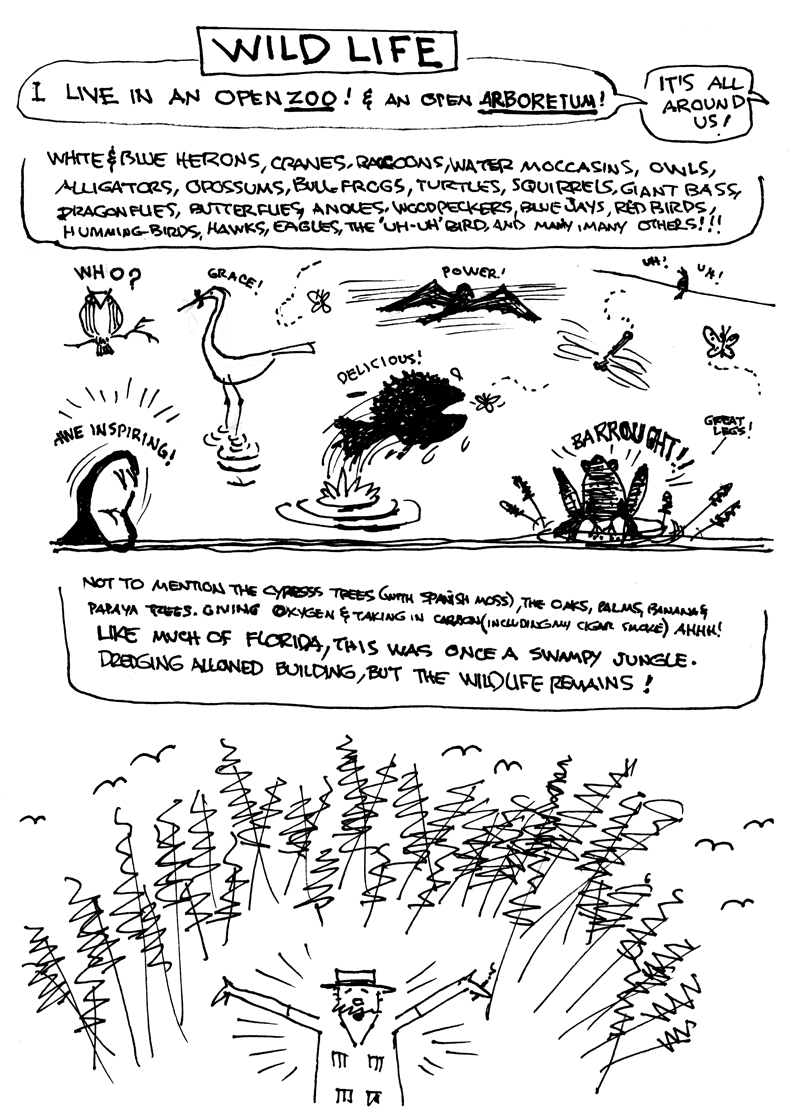 (Drawn before Jim moved back to the suburban sprawl of Orlando, obviously)