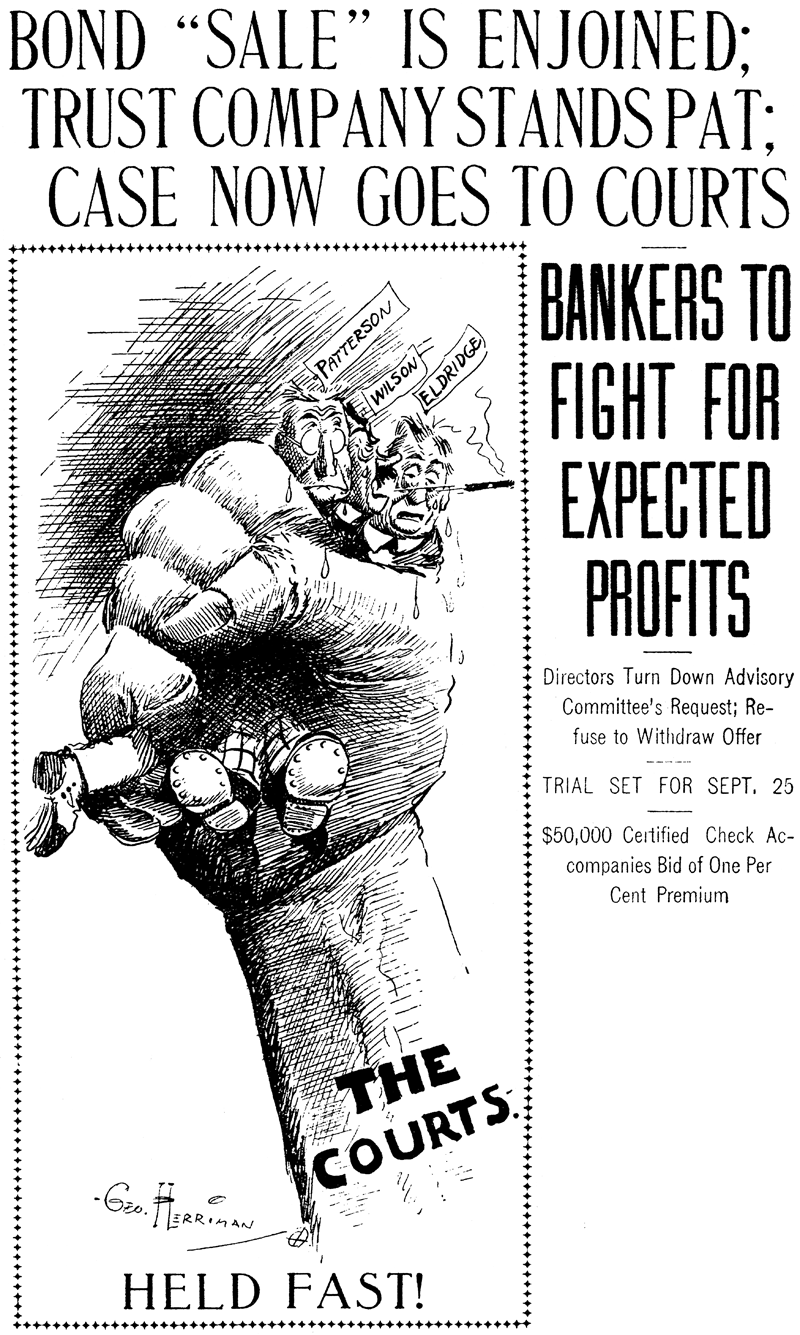 Friday, September 18 1908 --The "Solid Three", still defiant, are digging their hole ever deeper as the courts get involved in the bond sale. 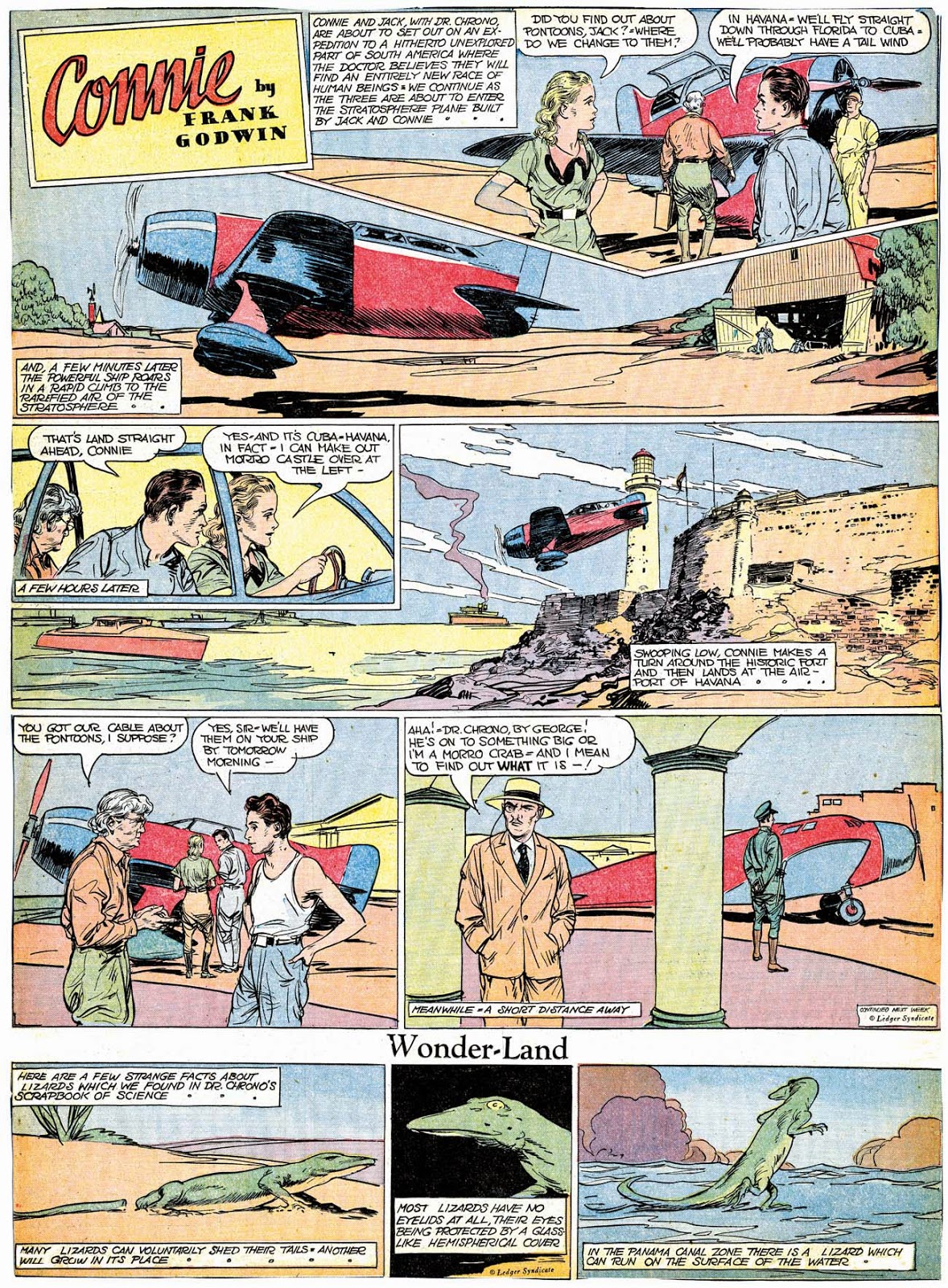 Comments:
I know you are not a fan of microfiche scans and the quality of the representation here is fine, but the Sedalia Democrat at Newspapers.com has Conny Sundays in sharp black and greyish white. I pulled one I can send you.

Hi Ger --
Another person offered me good quality b&w scans from microfilm, and I admit the quality is pretty darn good. But I need to know if Connie continues as a sci-fi strip or not. If not, it wouldn't be a good candidate of course. Do you know if the 1939-40 stories are sci-fi?

The last 3 stories are S-F.

Thank you Fortunato! Just the info I needed. I'll see if I can get those last three stories. 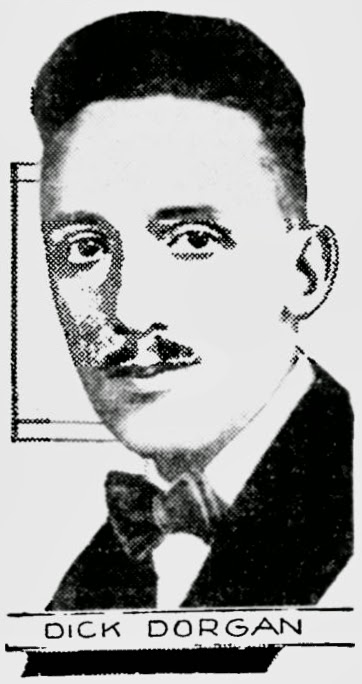 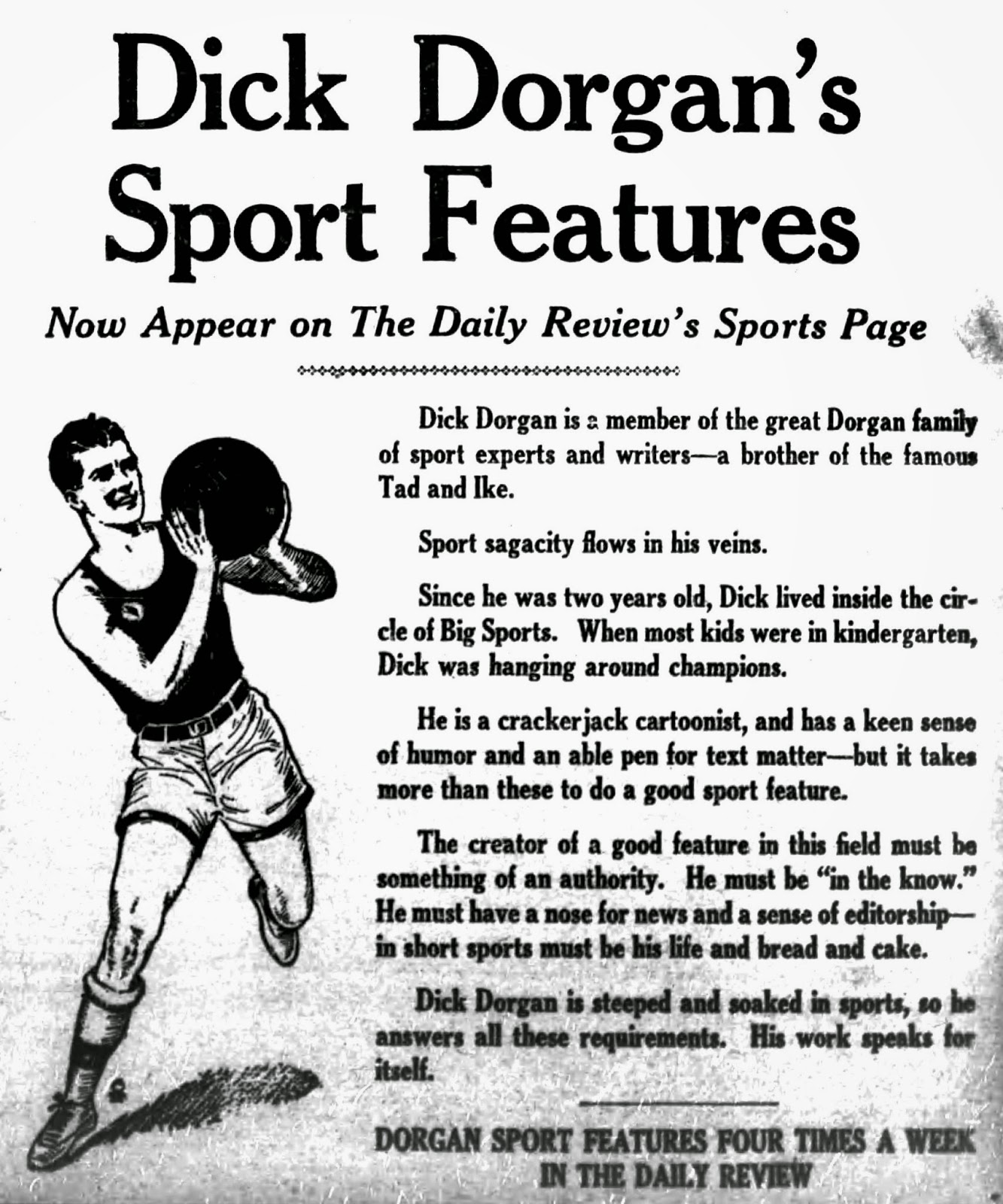 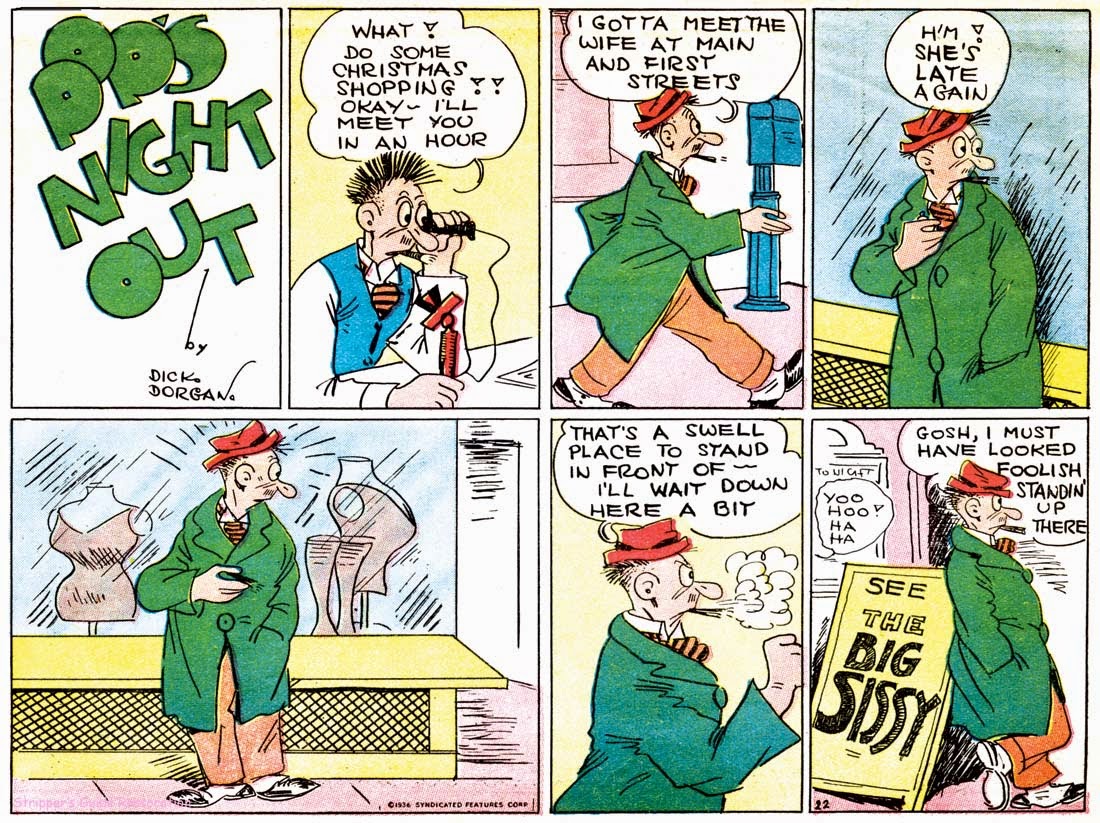 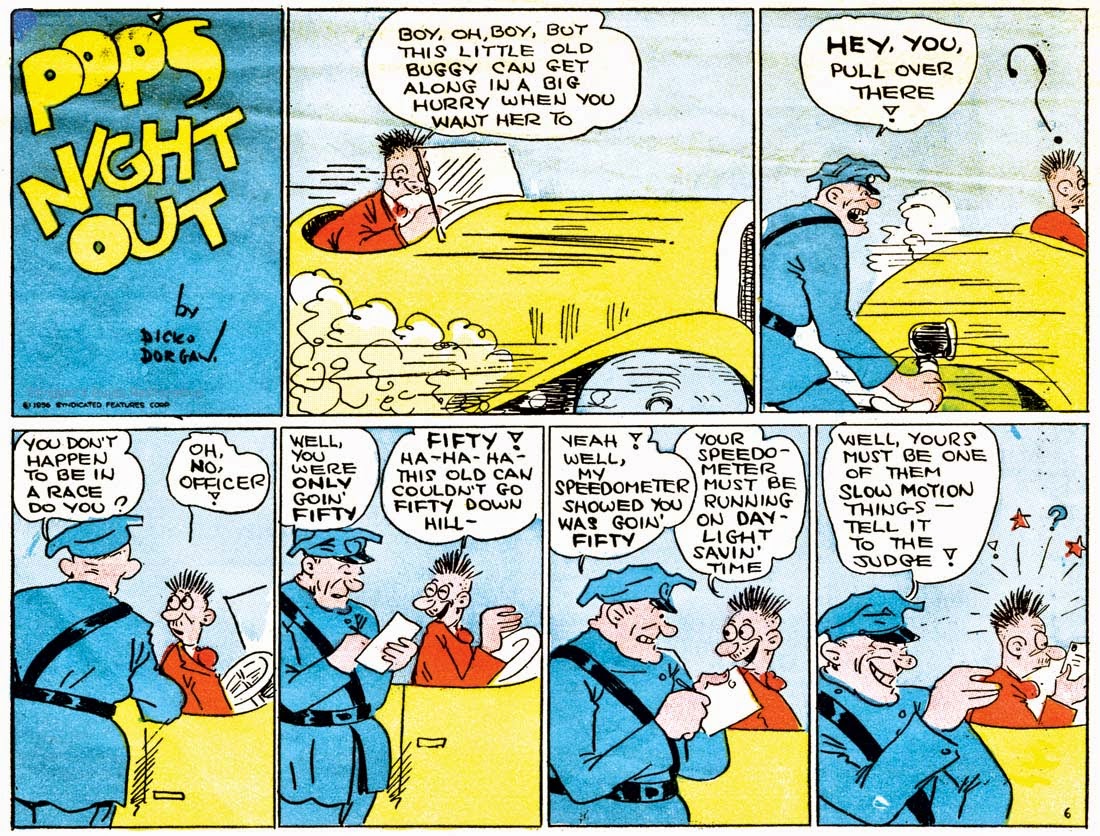 
Gustav H. “Gus” Jud was born in Brooklyn, New York, on June 29, 1904, according to the New York, New York, Birth Index at Ancestry.com. in the 1905 New York state census, Jud and his parents, Gustav and Annie (a German emigrant), resided in Brooklyn at 543 Marcy Avenue. His father worked in a delicatessen.

The 1910 U.S. Federal Census recorded Jud, his parents and brother, Henry, in Brooklyn at 397 Himrod Street. On October 1, 1913, Jud, Henry and their mother departed from Hamburg, Germany. They returned to New York by way of Cuxhaven, Germany to Southampton, England then Cherbourg, France.

Jud attended Public School Number 49 in Jamaica, Queens Borough, New York. He was in the fourth grade when the Brooklyn Daily Eagle published his name in the honor roll lists on February 13 and June 12, 1914.

The Jud family resided on Carroll Street, Jamaica, New York in the 1920 census. Information about Jud’s art training has not been found. His cartooning career appeared to have started in the mid-1920s. Jud provided illustrations and cartoons for the children’s page in the Sunday newspaper supplement. According to American Newspaper Comics (2012), Jud’s strip, Little Dave, debuted September 23, 1929 and ran until August 6, 1932. 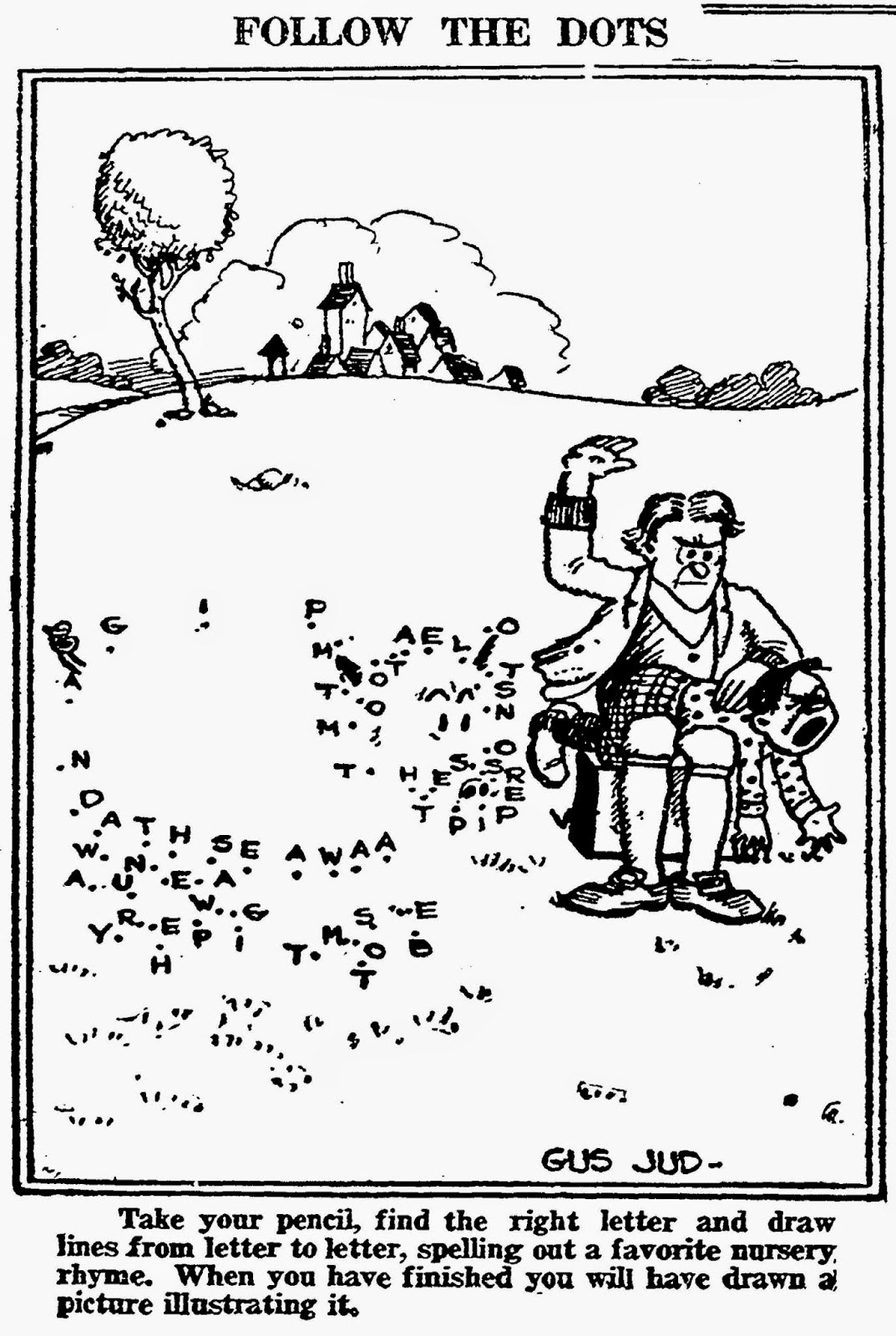 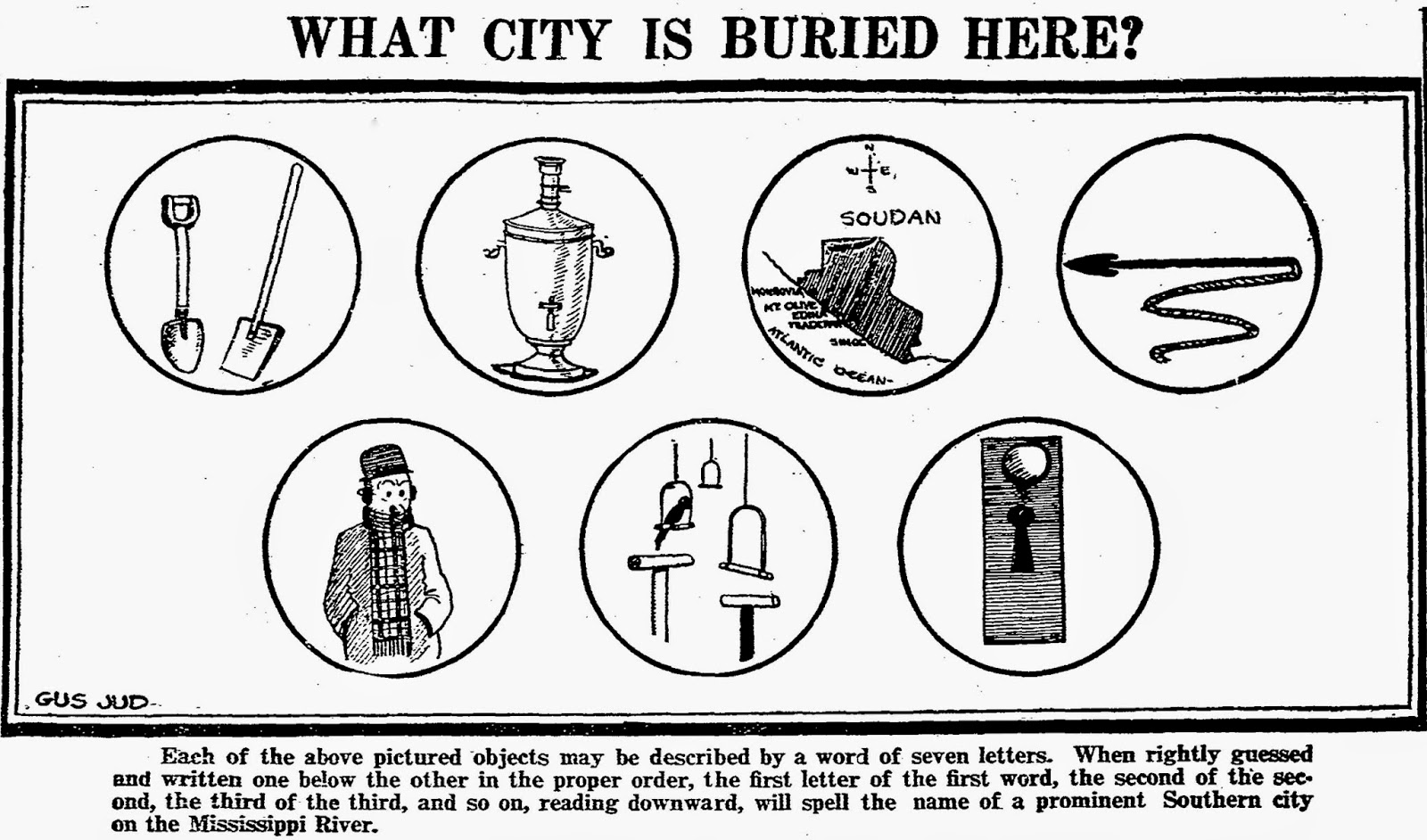 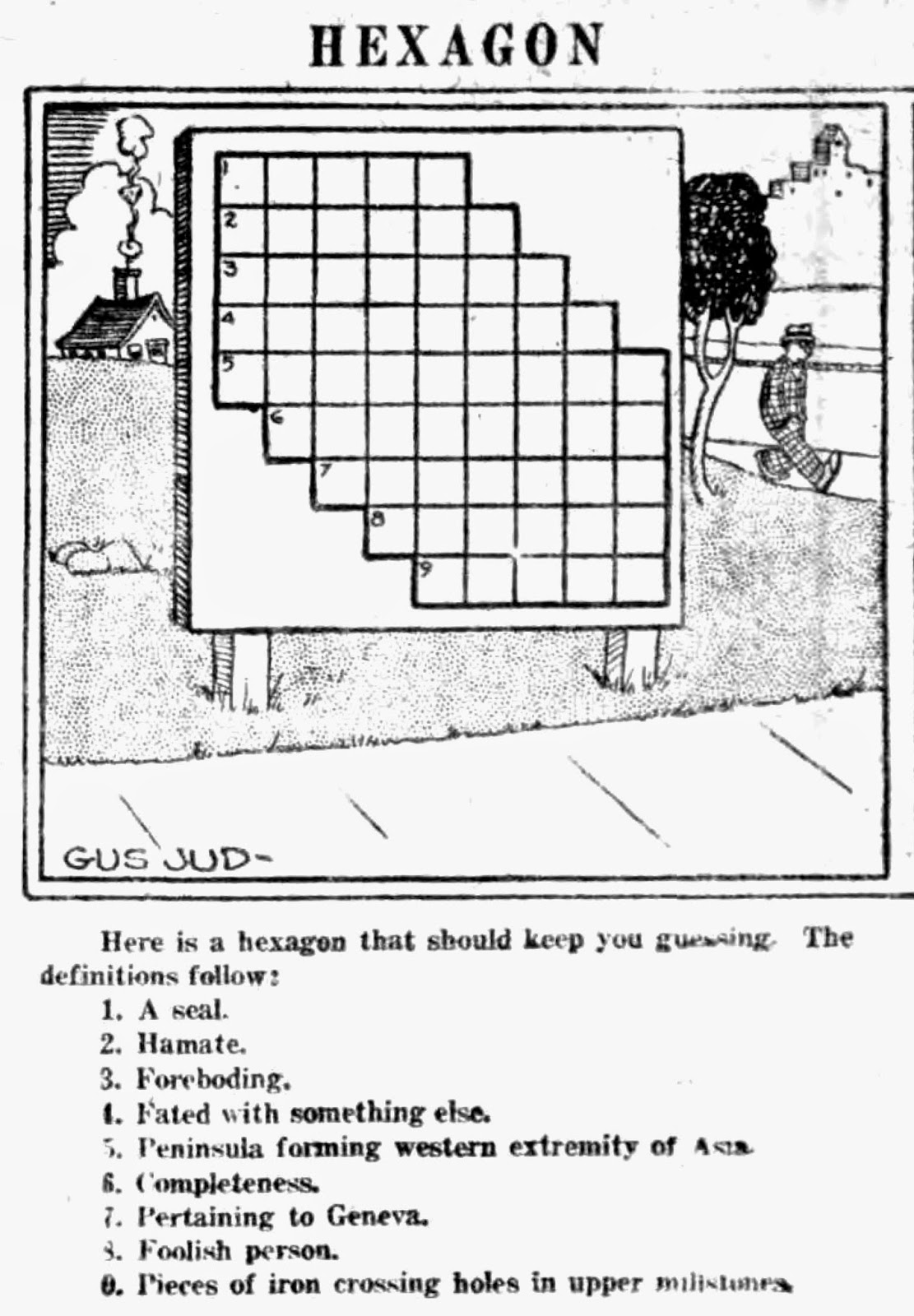 Jud was a newspaper cartoonist in the 1930 census. He lived with his parents and brother in Hollis, Queens Borough, New York, at 182-17 91 Avenue. For Syndicated Features, Jud produced Jigger, which ran from July 13 into December 1936. Jigger continued in Best Comics numbers 1, 2, 3 and 4.

Jud’s address remained the same in the 1940 census and he lived with his parents. In place of his brother was fellow cartoonist, Loy Byrnes. who also produced a Syndicated Features strip called Silly Willie. Jud produced many one and two-page fillers for several comic book publishers.

According to the Long Island Daily Press (Jamaica, New York), September 24, 1943, Jud was among several neighbors in the vicinity of 182nd Street, in Jamaica, who bought war bonds.

Jud passed away August 1987 according to the Social Security Death Index. His last residence was Mount Morris, New York. 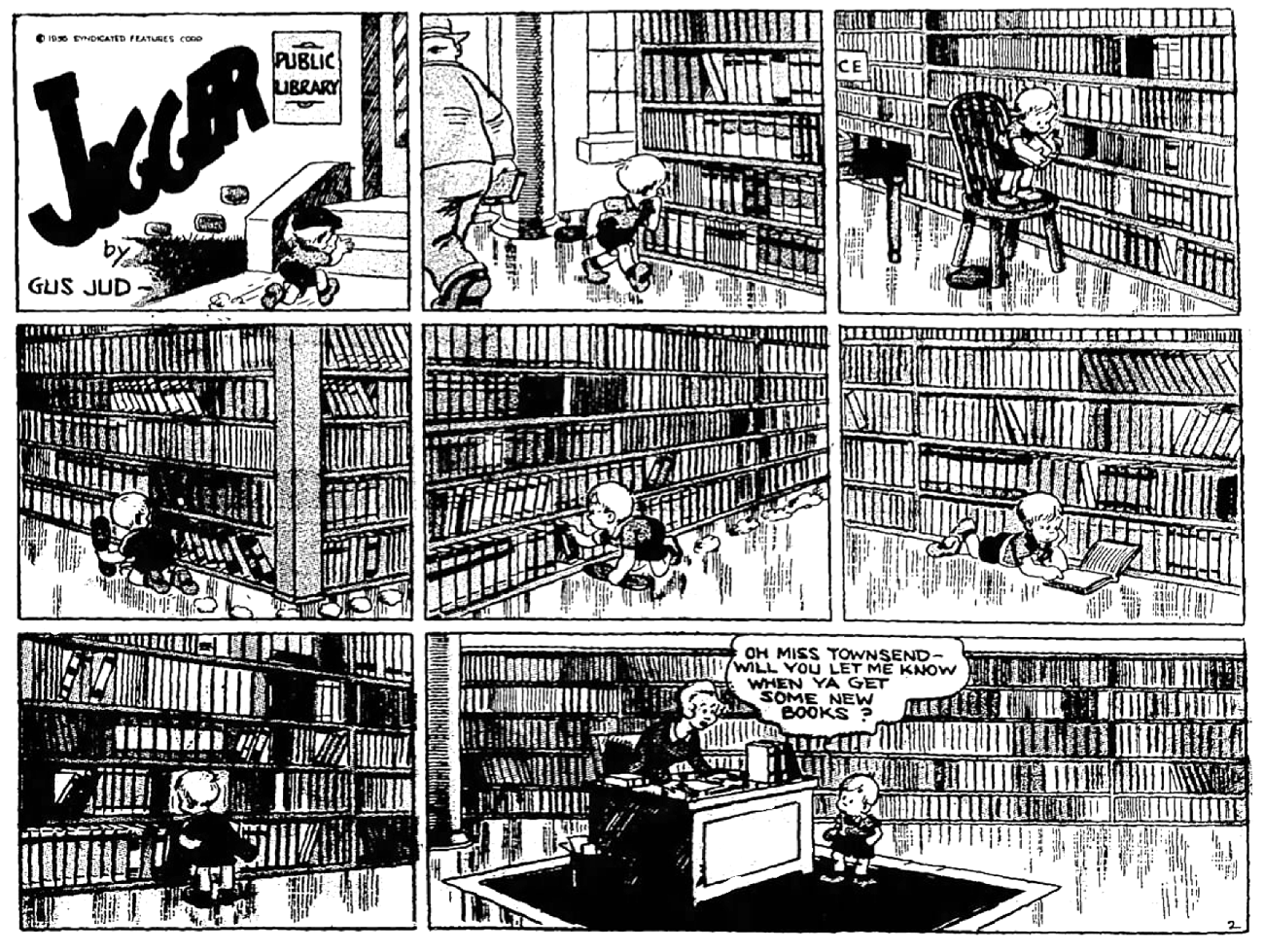 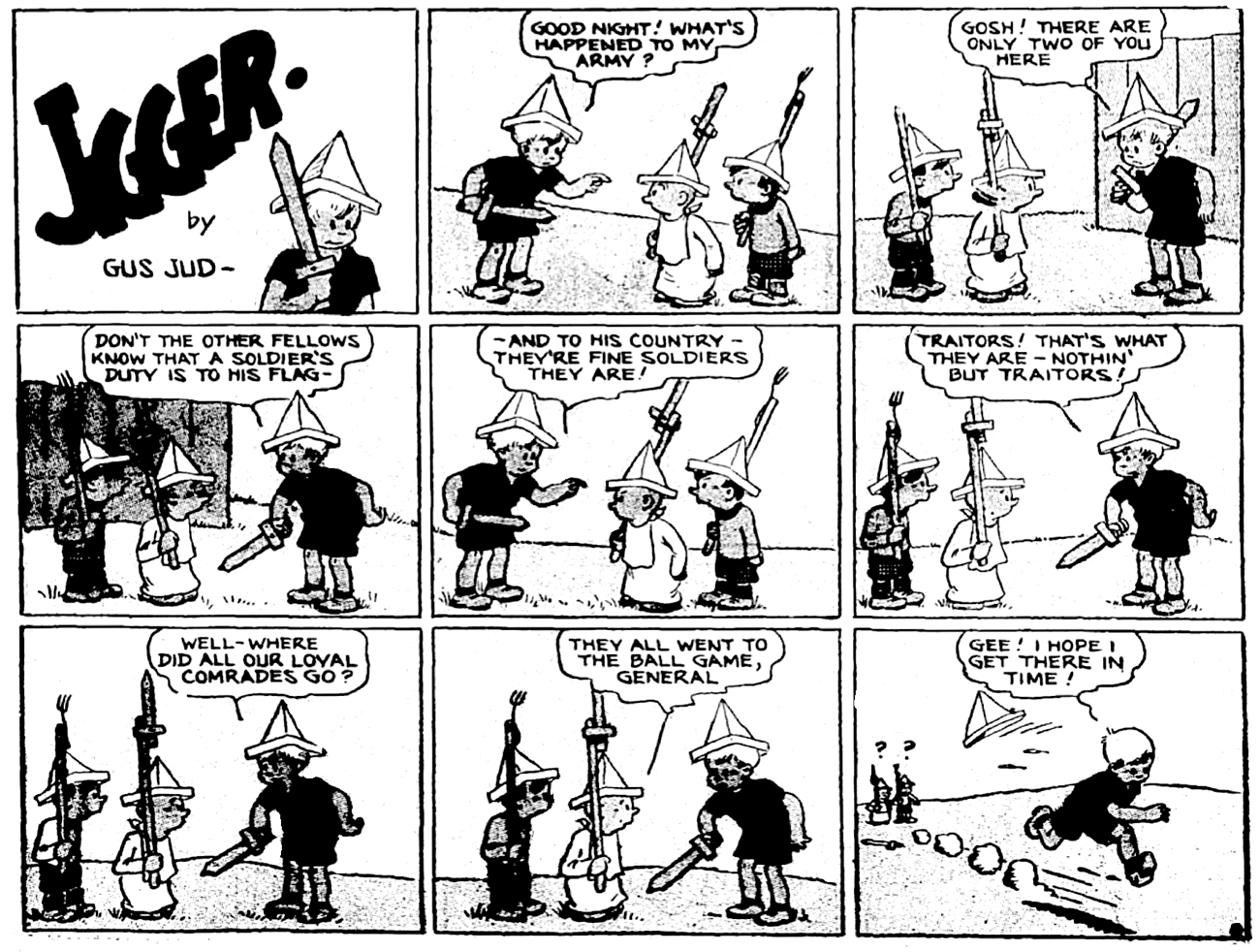 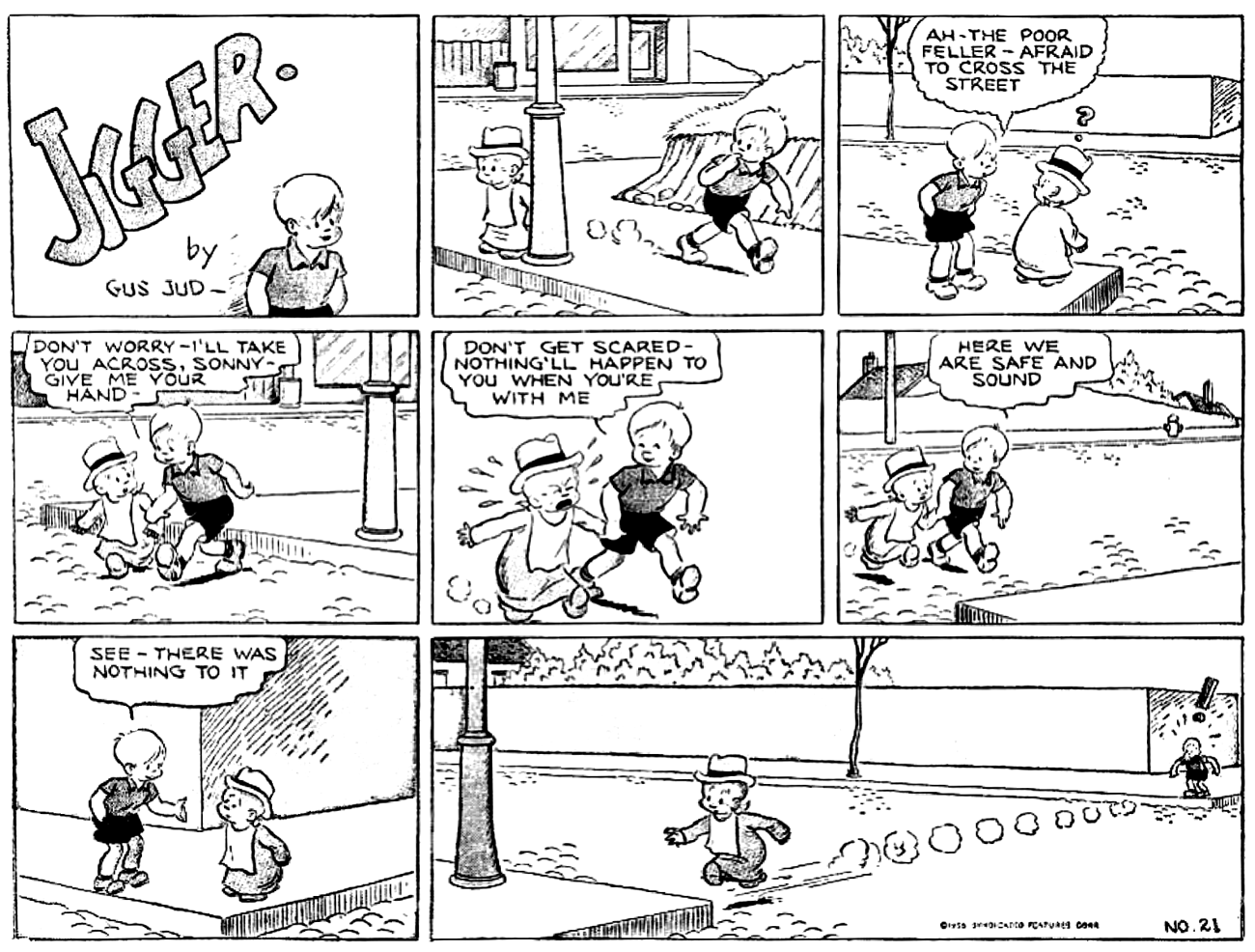