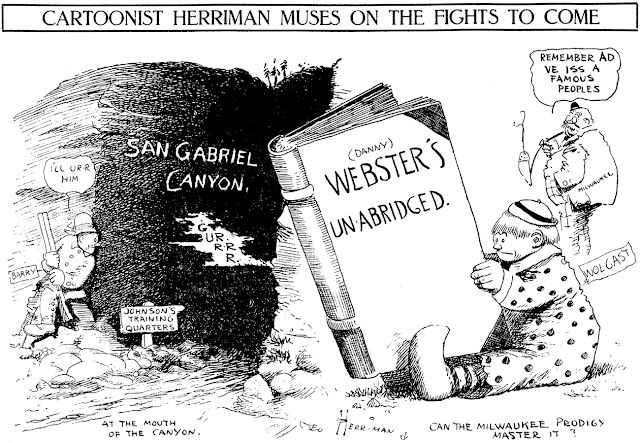 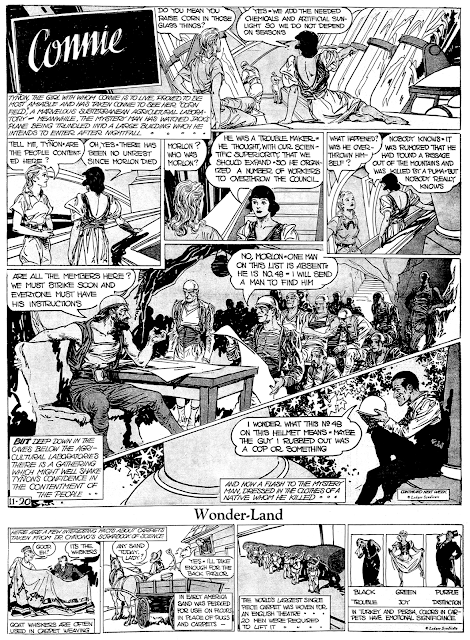 (Not Really) Obscurity of the Day: Citizen Kane

Here's a strip that had me perplexed for a long time. I have had the above tearsheet for years, and hadn't been able to find out anything about it. I did know a few things -- the 1979 Sunday strip titled Citizen Kane is:
Seems like an obvious obscurity, right? That's what I thought for years. That is, until I did some microfilm research on the Miami Herald. What should I find there but a Larry Wright strip titled Citizen Kane running as late as 1984. Hmm, says I, that seems like an awful long run for such an obscurity. So I expended some further research time, and finally came up with the real explanation. The rarely heard surname of the family in Wright Angles turns out to be ... Kane! So apparently the Miami Herald ran Wright Angles under the title Citizen Kane for some reason. Why? Well, that I still don't know. Maybe the Herald already had a column or other feature called Wright Angles?

Why do I tell you all this? I just discovered that although I correctly noted this alternate title for Wright Angles in its listing in my book, I failed to remove the bogus listing for Citizen Kane. So if you have a copy of the book (and if so, bless you!) get out your magic marker and put a big X through listing #1172. Then Kyu!

Comments:
I remember this strip in the Miami Herald. I read it and enjoyed it. 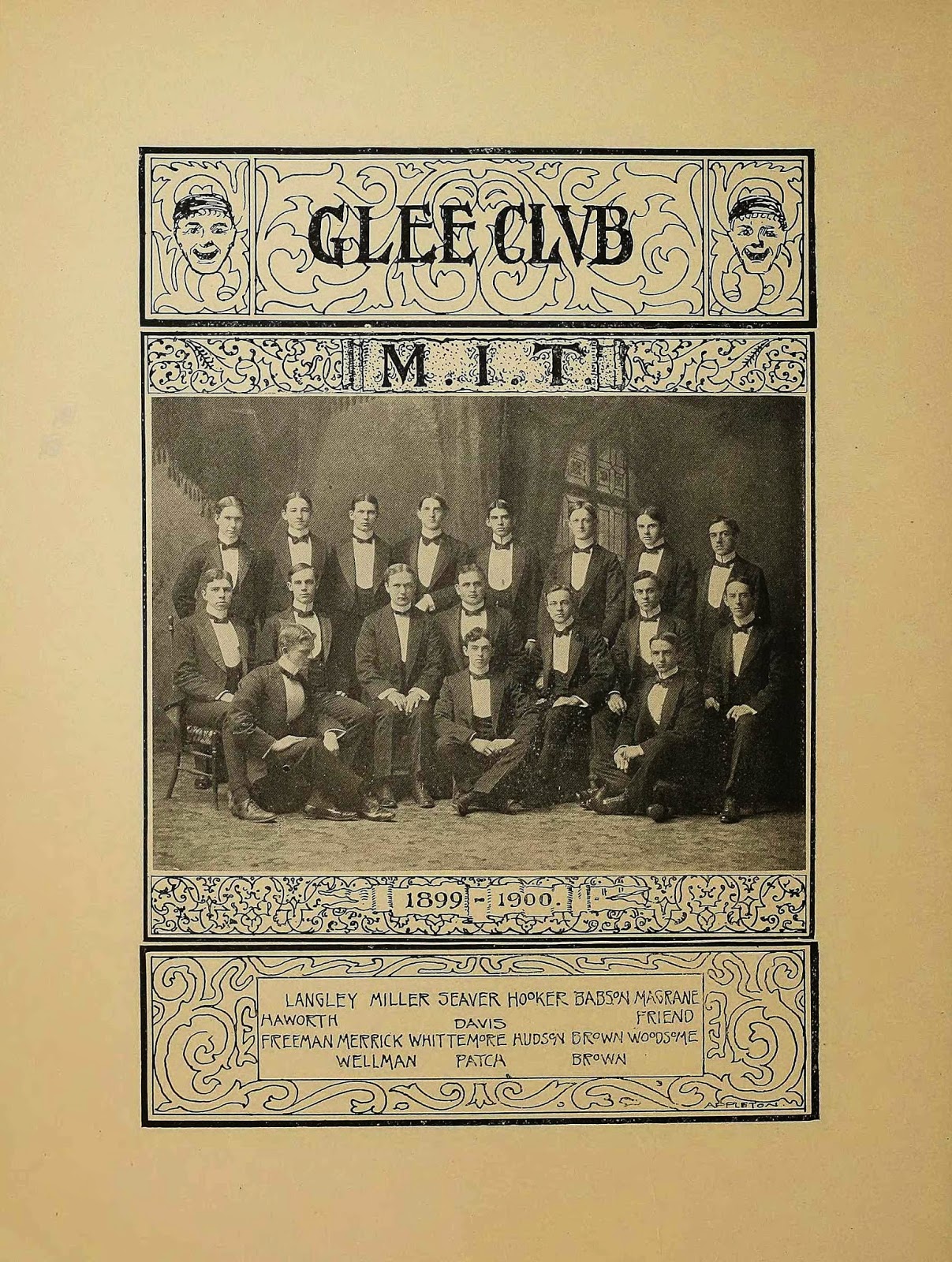 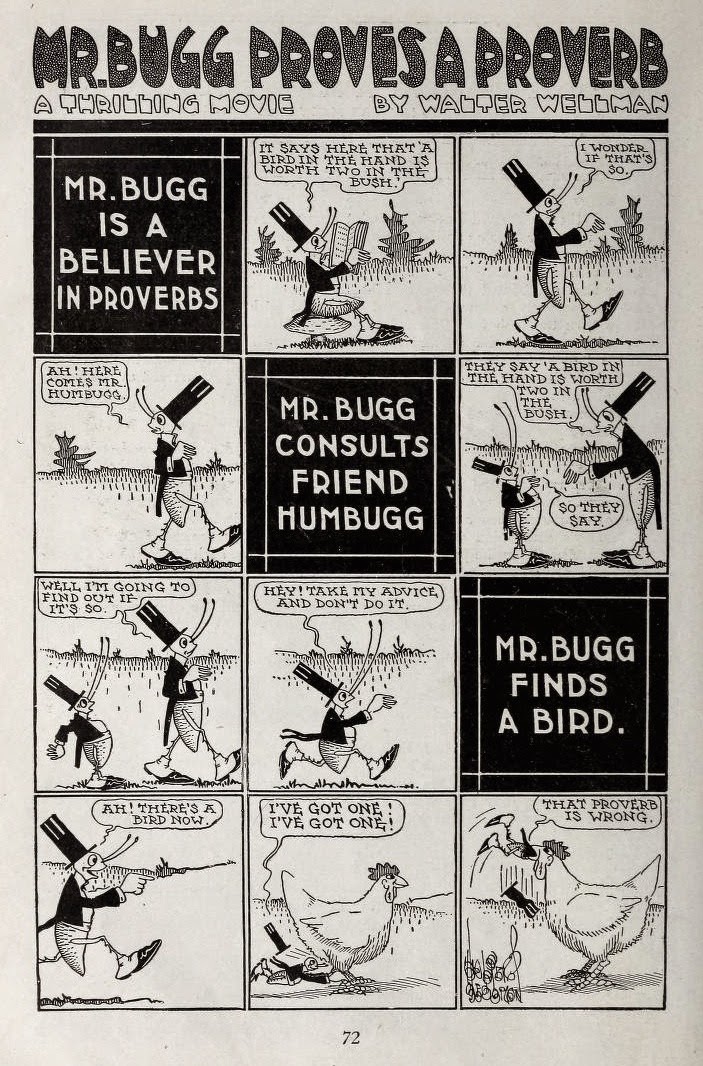 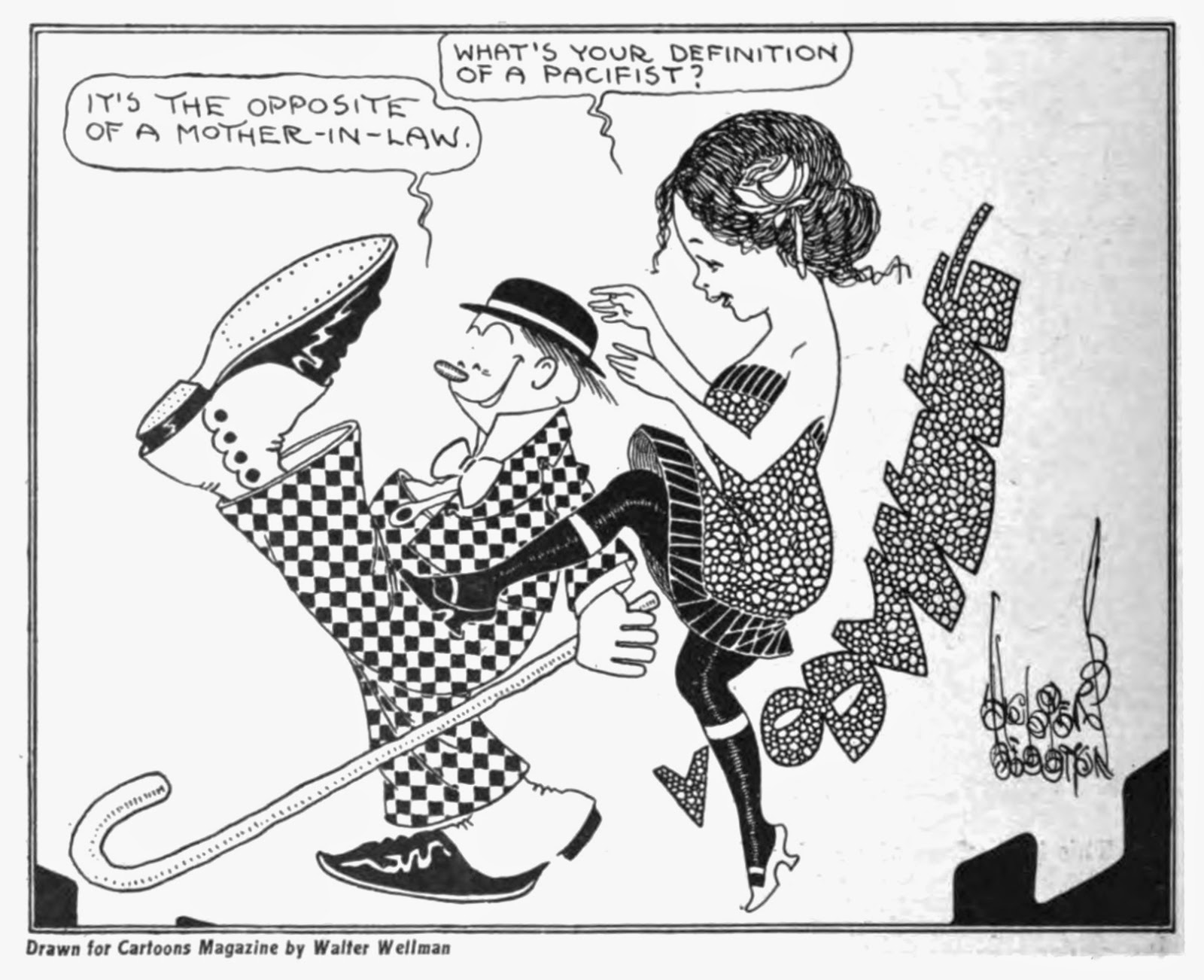 Comments:
Hello Allan-
I've found another Wellman series, "A FOOT OF FUN". it has no copyright on it, might be self syndicated. Ran in The Saratogian, ((Saratoga Springs, NY)) At least from 7 July 1913 to 22 April 1914. It's a vertical strip, no re-occuring characters, just sort of a stream-of-consciousness thing, covering anything that happens to be on WW's mind, the weather, punny proverbs, daffy definitions, fashion hints, cartoon lessons,etc., and every so often, his beloved insects under the subtitle, "Bugology".
The Saratogian ran the Inquirer strip "Excuse Me!" at the same time, so maybe they have some relationship. 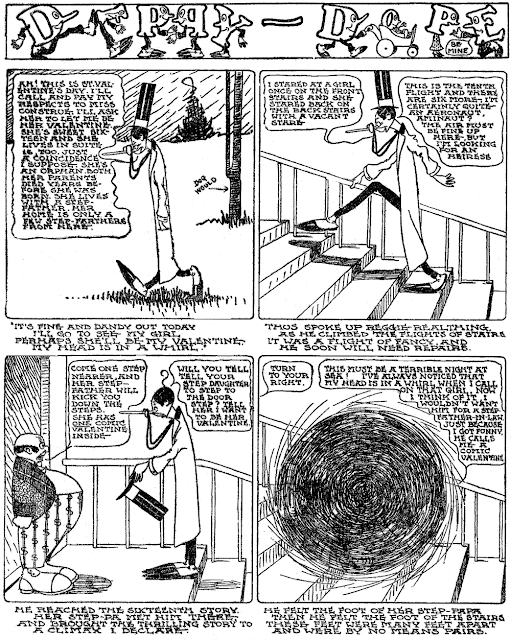 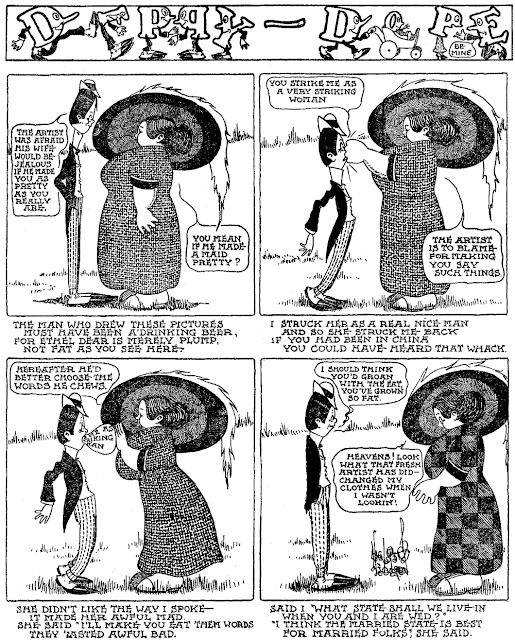 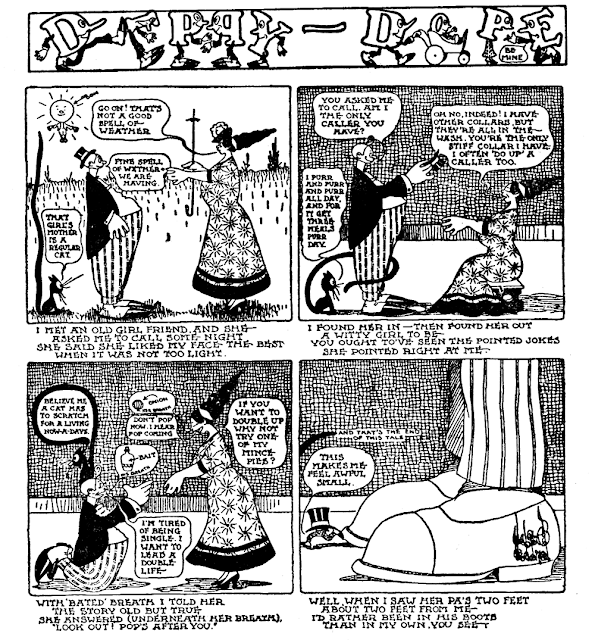 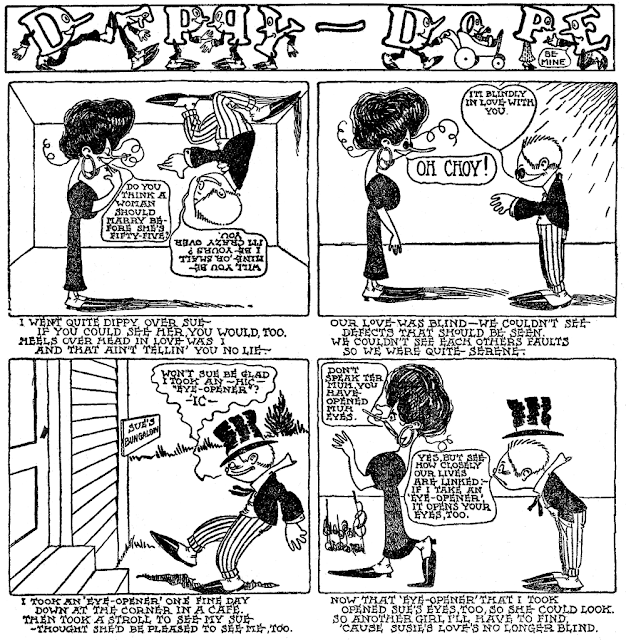 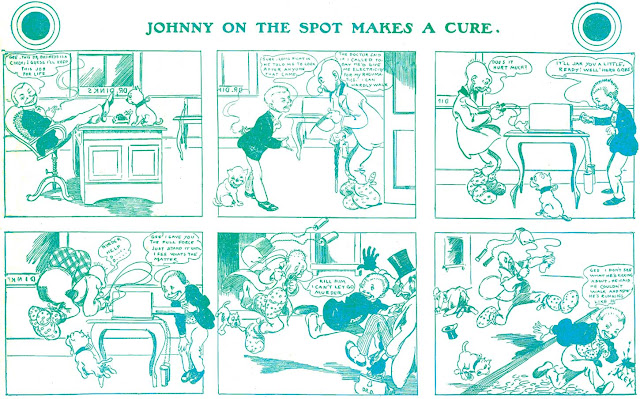 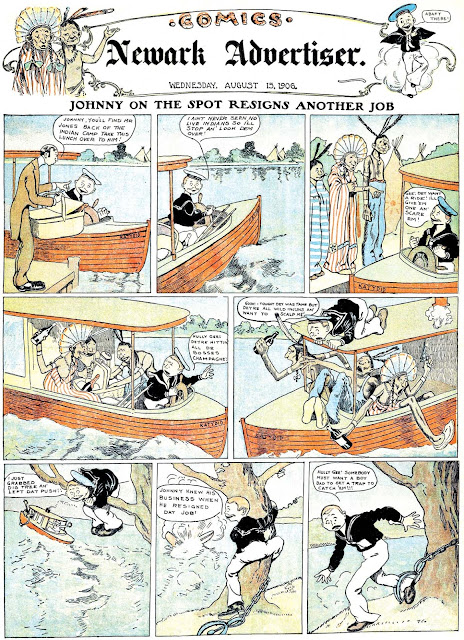 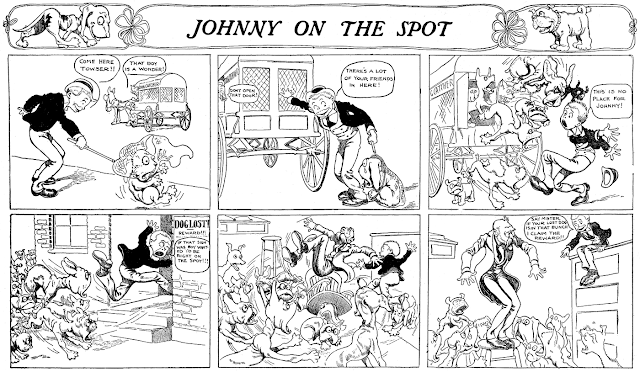 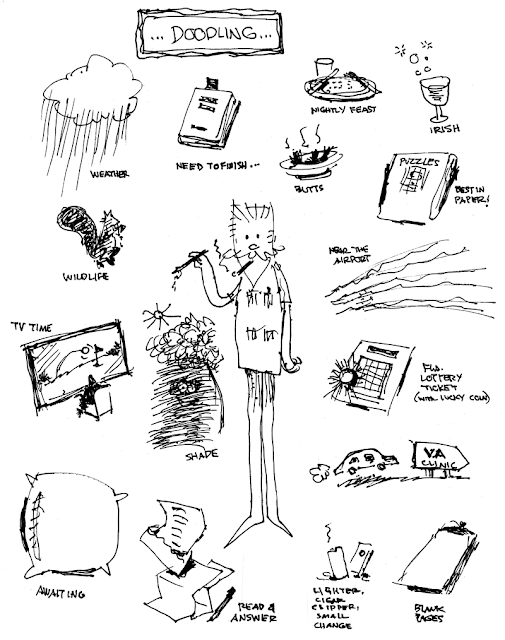 You have made retirement look like the dream I hope it to be. Hard to believe when I met you I was a teenager and now I just signed my retirement papers (although I won't officially retire for 4 to 5 years).

Hope to get over to see you in the next month or so.