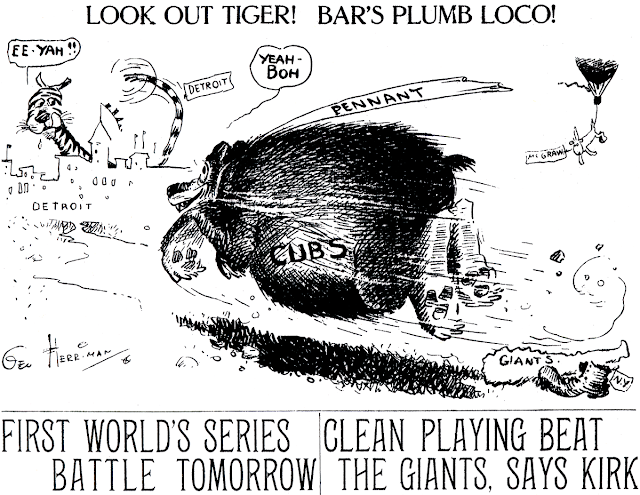 Friday, October 9 1908 -- The Chicago Cubs and Detroit Tigers are pennant winners, and will face each other in the World Series for the second year in a row. For the two or three people who care so little about baseball that they don't know the famous bit of trivia, 1908 would be the Cubs last World Series victory, as of the present. Despite new manager Joe Maddon, who abandoned my poor Tampa Rays this year, it looks like the Cubs aren't about to end that winless streak. 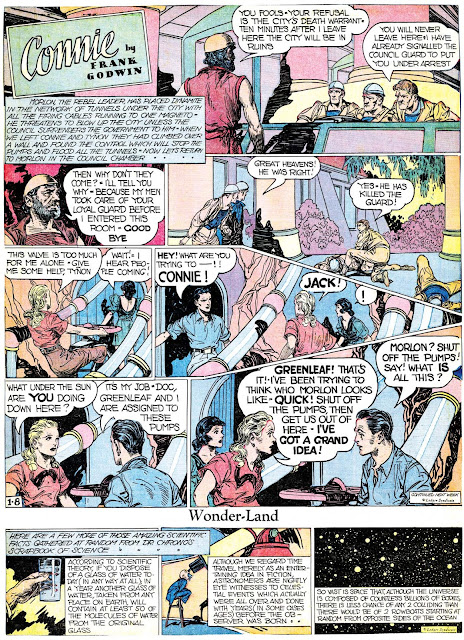 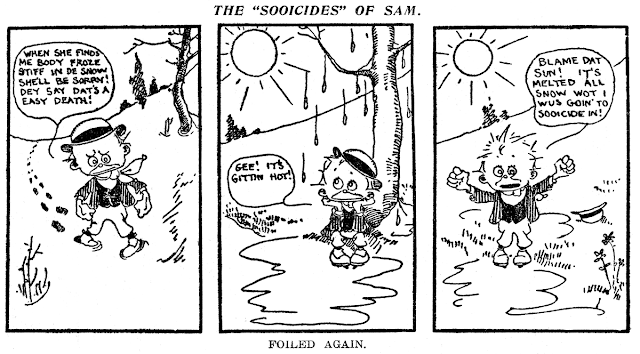 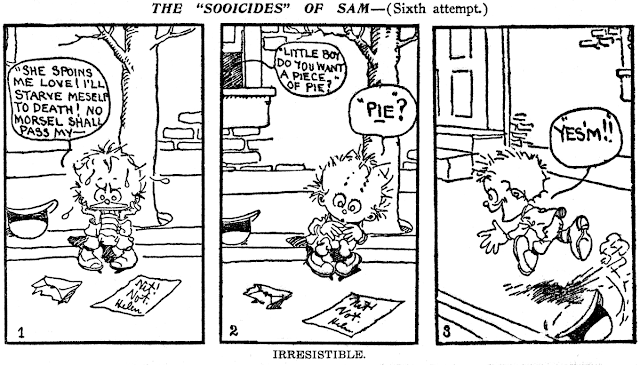 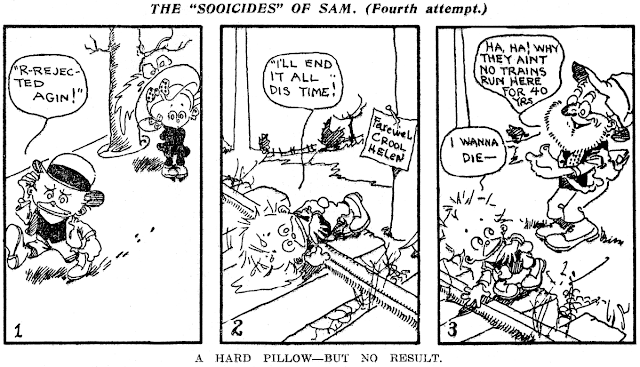 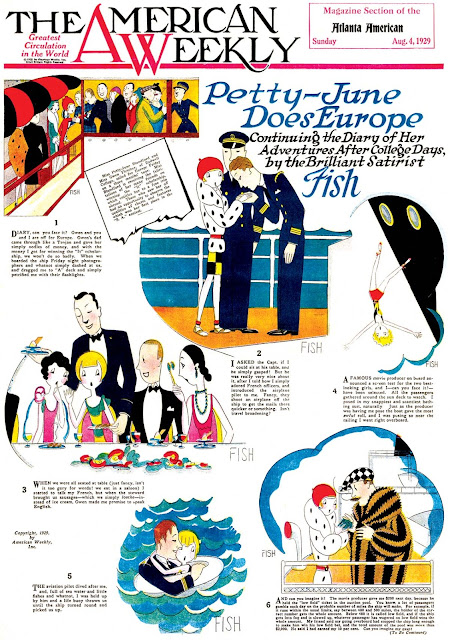 Here's another delightful American Weekly cover series by Fish, who went a little overboard this time signing her work if you ask me -- talk about a school of FISH! This story of a dim-bulb flapper who wins a trip to Europe in an "It" contest gives the brilliant creator much fodder for her satire mill.

Sadly I cannot provide definitive dates for this series*. I think it probably began on July 28 1928; my earliest page you see above, in which she seems to be just starting on her voyage on August 4th, would seem to bear out that start date. The latest page I've seen is dated October 20 1928. The series definitely ended before December 1928, as another series was running that month. 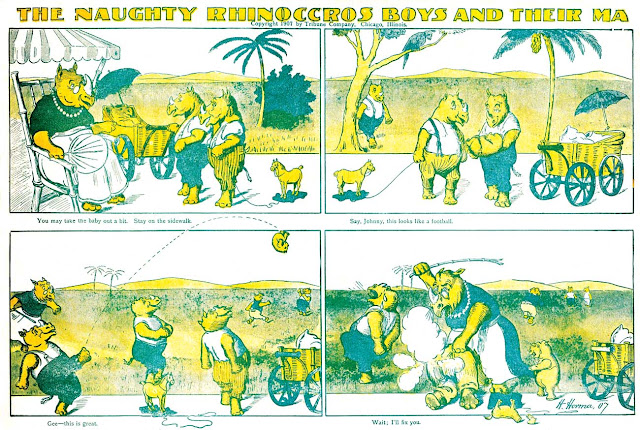 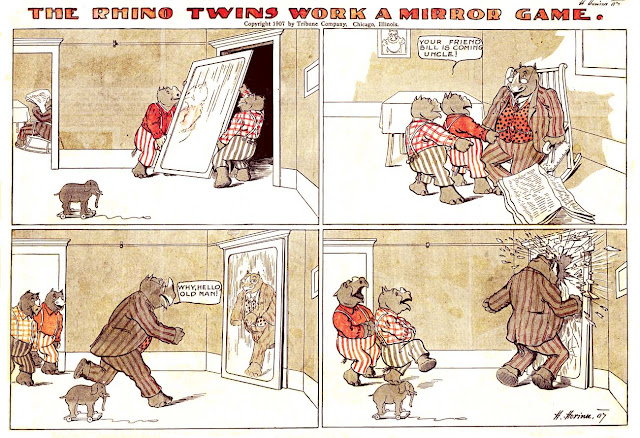 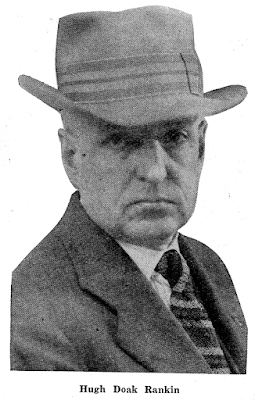 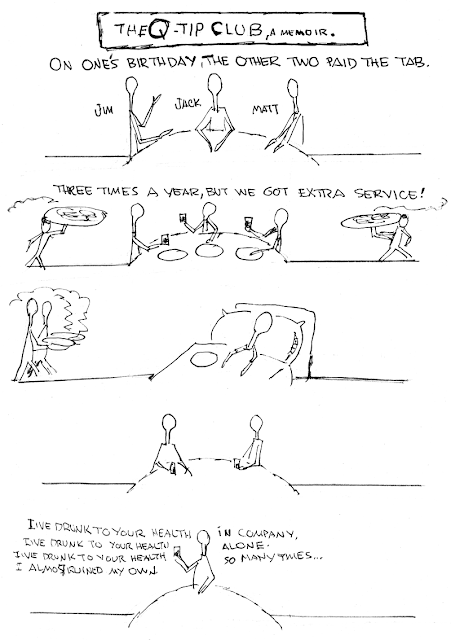 Comments:
Jim will probably outlive us all -- and still be full of prunes and macaroons!