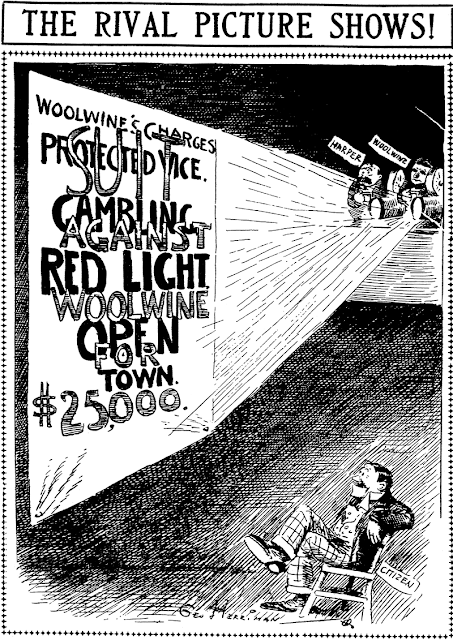 Thursday, October 15 1908 -- Mayor Harper isn't taking attorney Woolwine's charges of malfeasance lying down. A lawsuit has been entered, or at least threatened, against Woolwine, charging defamation of character.

Very interesting cartoon by Herriman, in which dueling slideshows vie for the viewers attention, in a movie theatre, I assume. A neat and original way to get the point across. 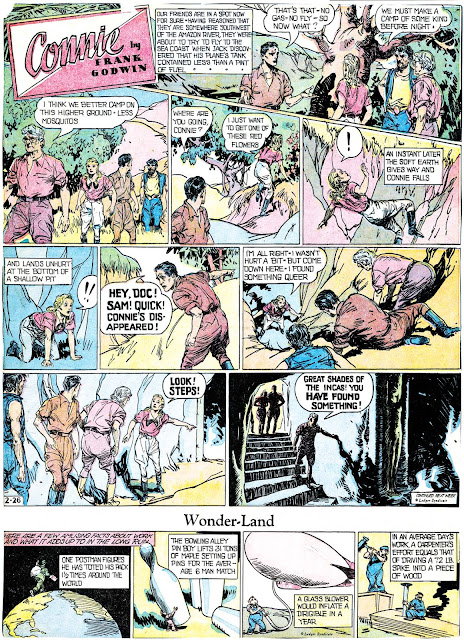 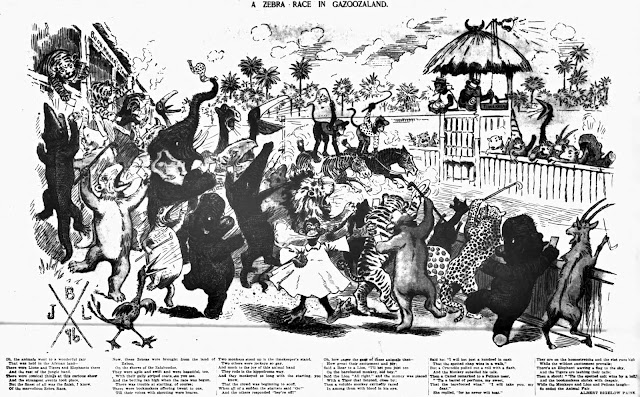 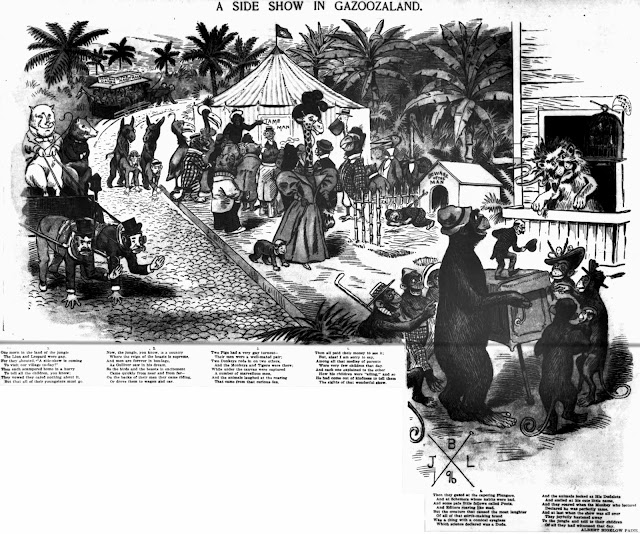 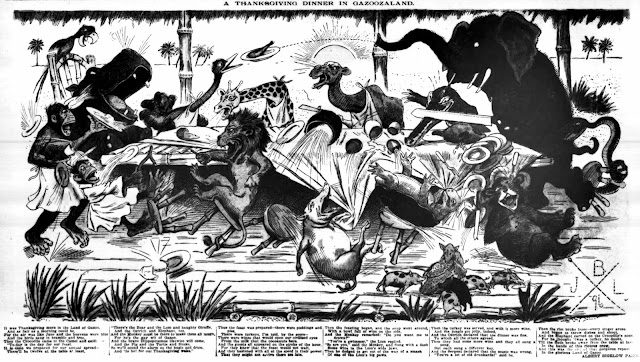 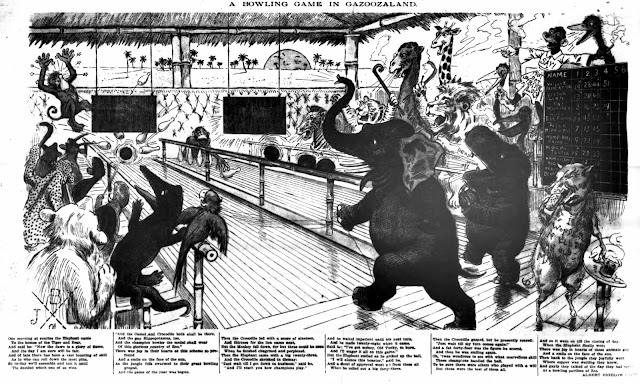 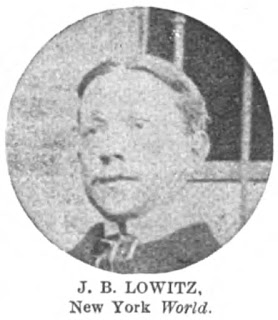 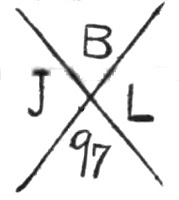 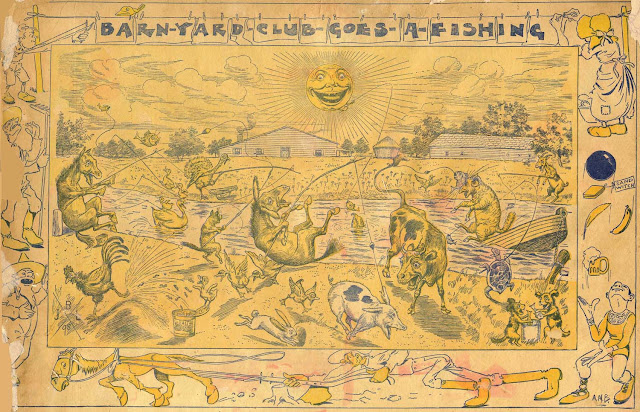 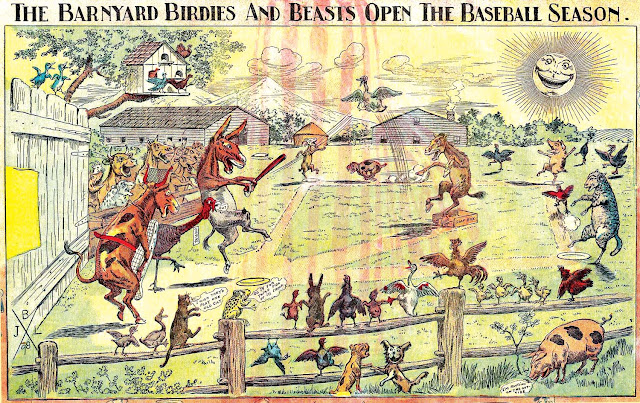 I've got an original of this cartoon nicely framed.

Obscurity of the Day: The Hungry Five

Here's an early weekday strip from the playful pen of Roy W. Taylor that ran on the back page of the Chicago Daily News on occasion from January 3 to March 8 1902. The Hungry Five chronicles the rather repetitive misadventures of a German polka band that plays for handouts in the street. But keep in mind that a strip could get away with being repetitive in those days, as they ran so infrequently that readers forgot the gag in the meantime. 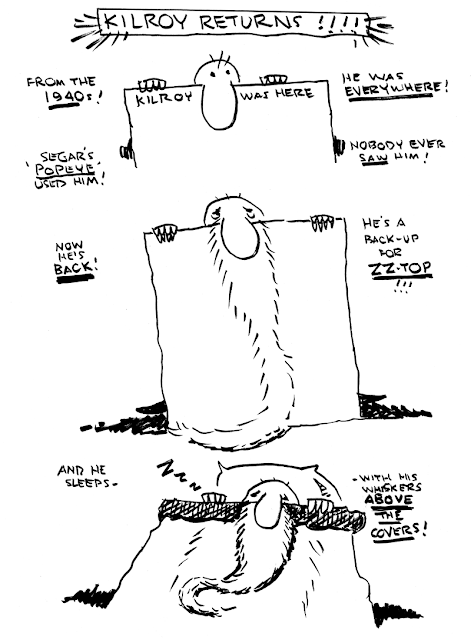