Obscurity of the Day Revisited: Beatrice and Her Brother Bill 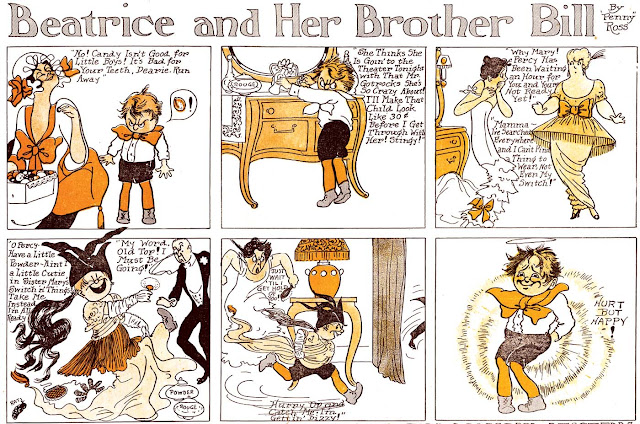 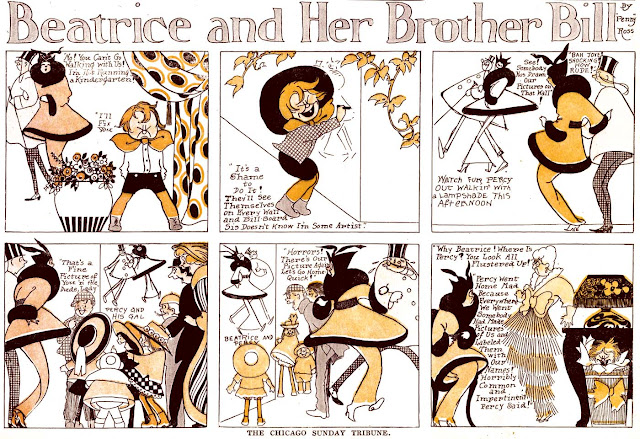 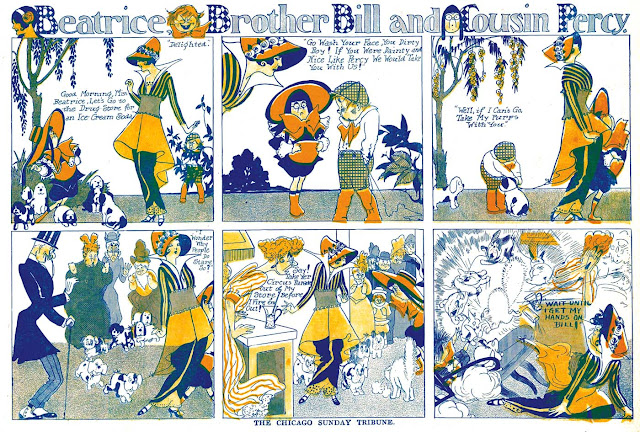 We covered Beatrice and Her Brother Bill as an obscurity way back in 2007 (surprisingly, I didn't write the post in ancient Greek). I was recently riffling through the still large numbers of unprocessed scans Cole Johnson sent me back in the day and discovered that I had the first two episodes of the series, plus a later one in which Cousin Percy had been added to the mix. How could I resist sharing them?

M.T. "Penny" Ross wasn't much of a gag-writer -- he relied on slapstick for most of the humor -- but wow, what a great cartoonist he was. Love his art deco sensibility here in 1914, long before the movement had even gotten its name.

It's said that Ross was a ghost for Outcault, and you may recall way back in Jerry Robinson's book, he had a Buster Brown sample that was obviously done by Ross,and apparently also an original art as well. Perchance senility has caught up to me, but I can't remember any actually printed BBs that were done by Mr. Ross.

I would agree that it's the art that puts the gags across; it's still funny, a century later.