Obscurity of the Day: Mrs. Economy 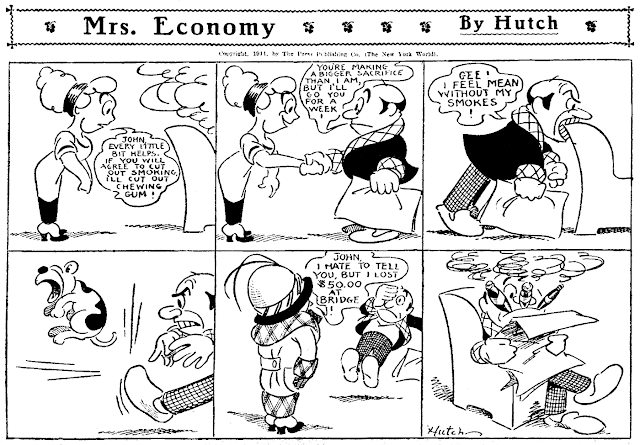 Several cartoonists have gone by the pen-name Hutch, and Alex Jay has now identified the 'Hutch' who did the short-lived features Luke Whoozis, Mrs. Economy and Major Sunshine and Colonel Grouch as Andrew C. Hutchison. That's a name we would have been lucky to get to know better, as he was a heck of a fine cartoonist. Unfortunately I guess he didn't see newspaper strips as a major part of his destiny, so he popped up and disappeared several times in short order.

Mrs. Economy was produced for the New York Evening World and ran as a weekday strip from October 31 1911 to January 9 1912. Thanks to Cole Johnson for the scan. Tune in tomorrow for Alex Jay's Ink-Slinger Profile of Andrew C. Hutchison.