Obscurity of the Day: Angelina's Line a Day 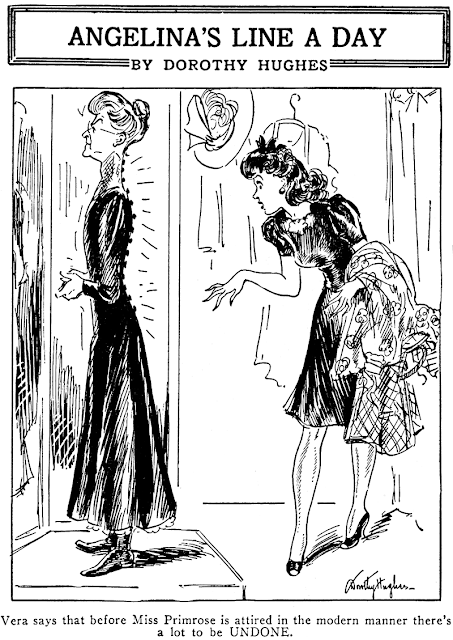 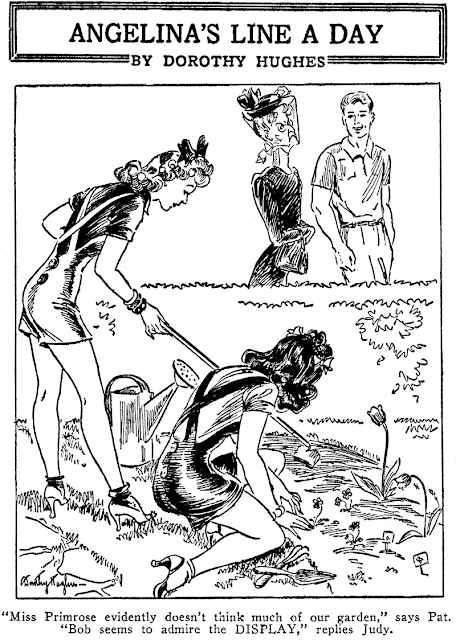 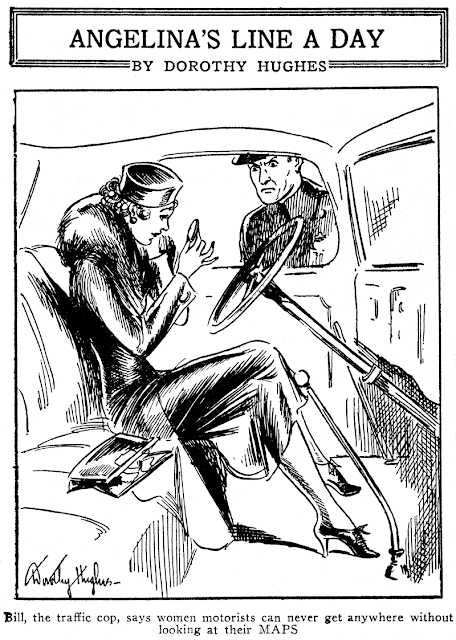 Dorothy Hughes' single-panel cartoon series, Angelina's Line a Day, ran in the Boston Post from February 2 1929 until April 4 1942. Despite the good quality of the drawings and gags, the feature seems to have never been offered in syndication.

Trina Robbins has original art samples of a few later features created by Hughes, but if they ever saw newsprint I'm not aware of it.

The title of this panel series is a mystery. First, the panel ran twice per week for all of its existence as far as I know, so where does the "Line a Day" come in? And second, who the heck is Angelina? As far as I know, there was no continuing character by that name in the feature.

In the 1920s, there was a Dorothy Hughes who was a beauty queen, a model, a showgirl and an actress, and married an editor of the New York Mirror tabloid. I so wanted this to be the gal who also created Angelina's Line a Day. But Alex Jay, that party-pooper, spoiled my fun. More on our Dorothy Hughes tomorrow in his Ink-Slinger Profile.

Comments:
That's pretty baffling. As you say it is obviously completely professional so why not go for the big time and syndication?