Obscurity of the Day: Nutty News 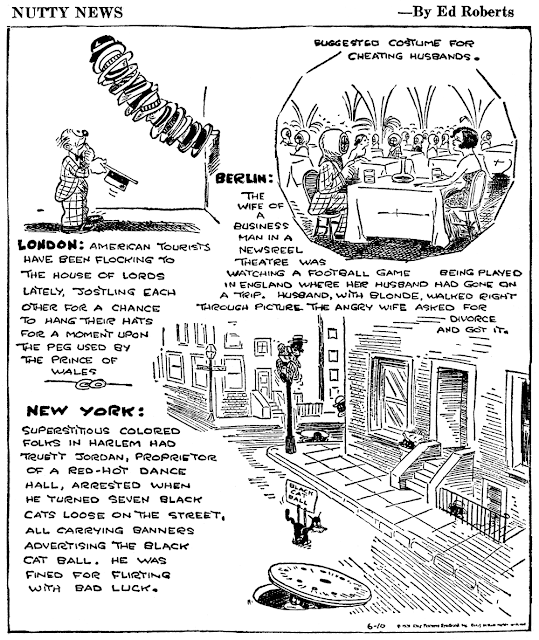 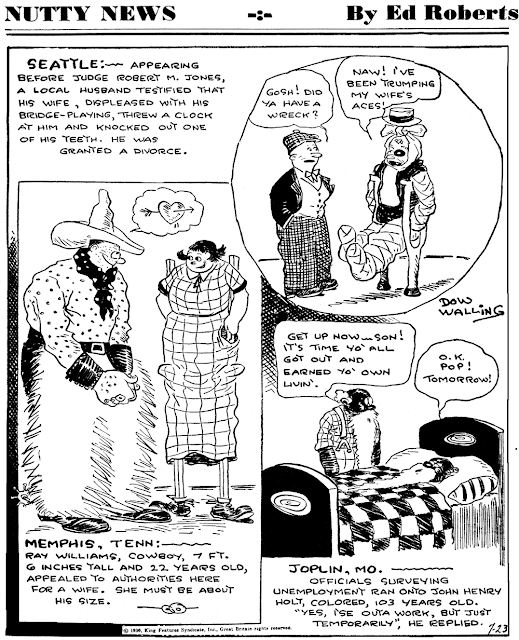 Cartoon series about wacky news stories seem like a natural subject, and many such series have been tried. Strangely, though, you couldn't call a single one of them a big syndication success. Case in point is Nutty News, written by Ed Roberts and drawn by Dow Walling. The series was distributed by King Features starting on March 17 1930*, but a lack of clients killed it in pretty short order. The latest examples I've seen are from late September of that year**.  Since the panel series seems to have been favored by Hearst's tabloids, which are notoriously unrepresented on microfilm, perhaps it ran longer...