In 1935 we still have a romantic cartoon series, but it is beginning to resemble a tree falling in the woods. Does it make a sound? Among online papers, the sound is getting faint. I still have the Harrisburg Evening News as my best paper, but I must now regularly cross-reference with the Lancaster Eagle, the Chillicothe Gazette, the Iowa City Press-Citizen and the Paterson News in order to get the complete picture, or very near to it.

1935 begins with Raeburn Van Buren (DB), Lucy Vierow (LV) and newcomer Cleanthe Carr (CC) supplying most of the content. Carr will sputter out in August, and Van Buren in October. 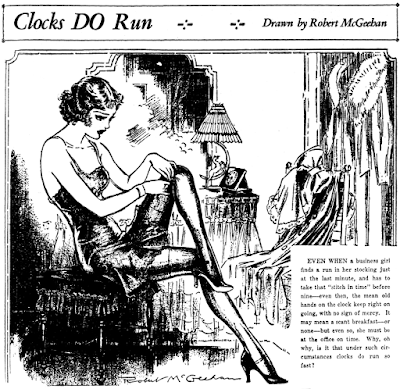 Frank Ellis (FE) and Nell Reppy (NR) supply one more cartoon each this year in January. Dorothy Flack (DF) returns with a single cartoon in June.  Marcia L. Snyder (MS) returns for one in September. A newcomer, Robert McGeehan (RM) manages four cartoons in March - April. He seems to have become a landscape painter in later life. 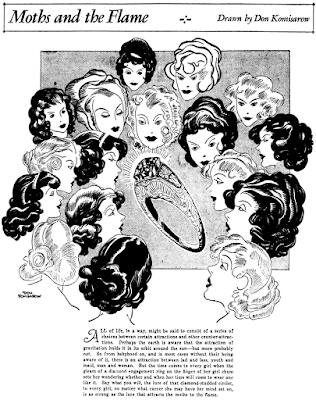 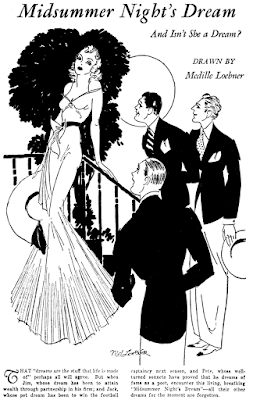 A couple new semi-regulars arrives in September. Don Komisarow (DK) also produced a short run of Bible Stories for King at this time, then went on to do comic book and magazine work, most notably in collaboration with Lou Fine. I know nothing about Medill (Mel) Loebner (ML). 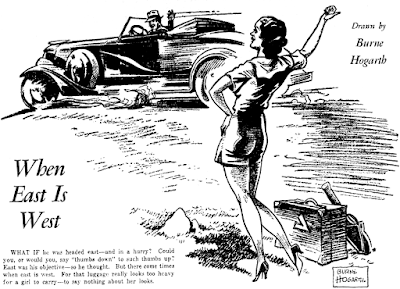 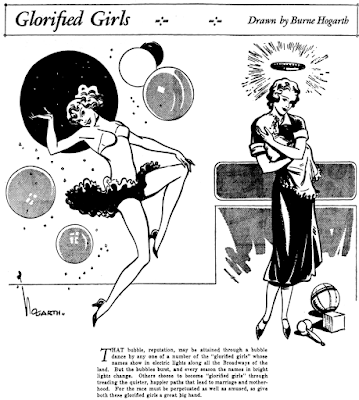 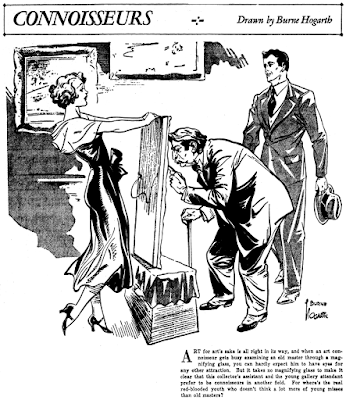 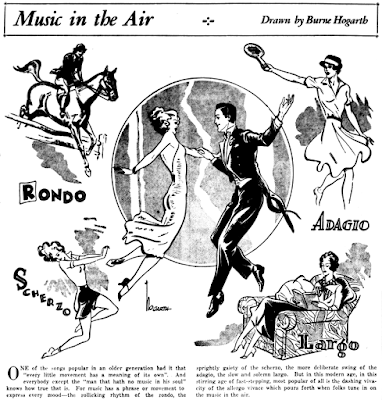 A third new contributor in September is the great Burne Hogarth (BH). Considering Hogarth's testosterone-laden art style he seems like a very odd fit on this feature, but pro that he was he handles himself professionally but with little apparent zest for the assignment. In 1935 Hogarth produced four panels for the feature in three months, and they ran right about the same time he announced his considerable presence in the newspaper comics world with a short but magnificant run on Pieces of Eight.

By the end of 1935, this feature that was traditionally by and for women offers only one female contributor (Lucy Vierow) among a sea of males. The tone of the cartoons is definitely making a bit of a turn toward cheesecake and a generally male perspective of romance, though the attendant text remains firmly in the girlish dreamy romantic vein. Back in the feature's heyday, even the male contributors were chosen for their ability to toe the line of the Nell Brinkley school, philosophically if not always artistically. But in 1935, evidently the Brinkley Girl is old hat and no new iconic romantic female style has yet broken through. Is this the end of romantic cartooning? I think maybe it is.

Comments:
You have no Sundays listed. Maybe they're running them out of order, but I've got at least three occasions where Cleanthe Carr efforts are seen in the Sunday ALBANY TIMES-UNION:
"Kidding 'Em Along" 3 March 1935
"Light Effects" 16 June 1935
Foul Tackle" 7 July 1935

I've encountered a few papers that used the magazine page on Sundays (a Pittsburgh paper was one, can't recall at the moment which one though), and it always turned out that they were just saving up the weekday material.

Congratulations, though, on being the very first comment on this entire long series of posts. I guess romantic cartoons are of very little interest to cartooning fans ...