December 28 1909 -- Another Mary's Home From College strip, this one seemingly slammed out by Herriman without much thought .... so where did this diploma come from???

Comments:
This is one Herriman should have re-thought from the very first panel. Nobody looks at a diploma and has to speculate as to who its recipient is, because the recipient's name is written on it. 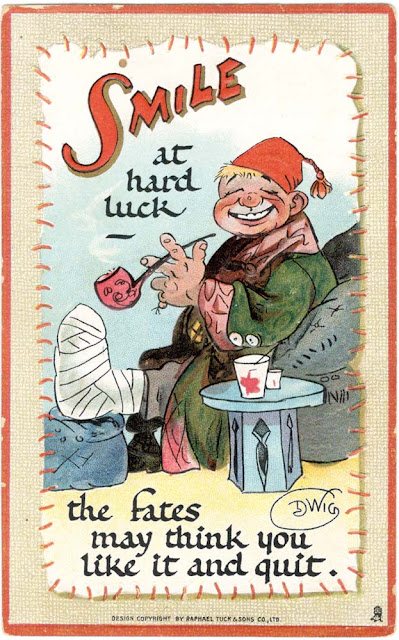 [This article was printed in the Editor & Publisher issue for April 8 1961. Lemont had just begun a TV gag panel for NEA called Station Break in January 1961, and it sounds like that's the feature they're discussing here. But the article seems to indicate that it was a local feature of the Call-Bulletin. Can anyone unravel this mystery?]


George Lemont, a radio and television humorist, is doing a daily panel cartoon for the San Francisco News-Call Bulletin. It’s a return to his first love. George always wanted to be a cartoonist. At the age of 12 the San Francisco Call-Bulletin printed one of his drawings.

After his military service was ended, Mr. Lemont found no newspaper takers for cartoons. He did a television drawing show for youngsters over KRON-TV. Next came mixed television and radio station duty for 11 years. A period as night club entertainer followed.

His drawings with one-line captions satirizing radio and video situations have been accepted as a regular feature. Syndication is forecast.

Comments:
My old notebook has an unsourced comment on the Station Break entry that it "began in S.F. Call-Bulletin with different title."
That title ???

Only explanation I can come up with is that this news story was submitted long before April 1961, and E&P had it in the slush pile long enough that by the time they printed it was out of date. --Allan 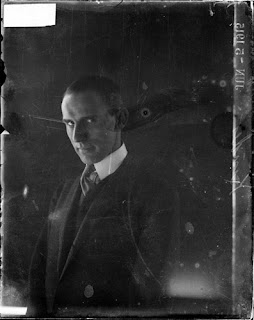 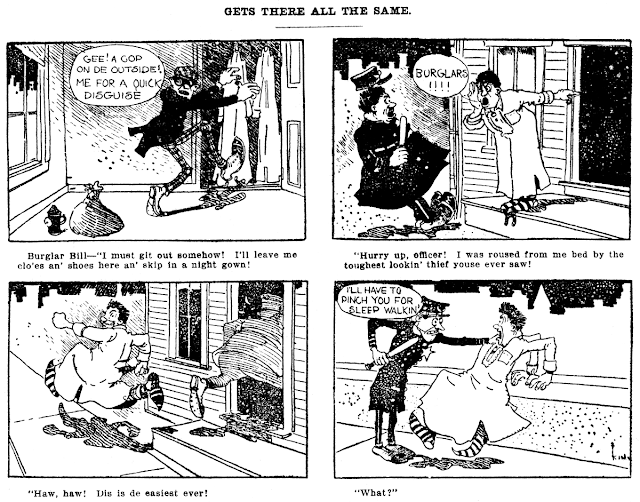 Which Newspaper Strip Was Distributed by the Most Syndicates?

We had a post about Morrie Turner's Wee Pals the other day, and in response Mark Johnson had this to say:

Here's a question (that nobody ever asked but me). What strip went through the most different syndicates? I think it might be Wee Pals. It started as a Lew Little, then became a Register & Tribune, then King Features, Then United Features, then Field Enterprises,News America, North America and finally Creators.

Of course that's the sort of question that fascinates me, so there are at least two completely incurable comic strip geeks in this old world, Mark.

I thought it would be the work of a mere moment to answer the question. But then I realized that I couldn't seem to query my database directly for that information.Oh well. So I spent a few hours manually paging through the listings to come up with some information, and in the process realized that the answer is by no means cut-and-dried.

There are a few ways that a feature might change syndicates. One, obviously is that the cartoonist shops around for a better deal from a different syndicate. That's a no-brainer. Another is when a syndicate goes out of business or sells off its feature distribution to someone else. Still counts, no problem.

However, what about when two syndicates merge, like Bell and McClure did? There's a name change, of course, but does it count? Certainly in this case the McClure strips did in fact change syndicates, as Bell was the purchaser of the McClure properties, but did the Bell Syndicate strips change syndicates? This stuff can get too complex to be a fun question anymore. Starts to sound like work.

This can lead to a ludicrous contender like Katzenjammer Kids, which was a Hearst feature all along. You can get six syndicate changes for this feature: W.R. Hearst, American-Journal-Examiner, Star Company, Newspaper Feature Service, International Feature Service, and King Features Syndicate.

I've now gone way down the rabbit hole on this question, and all the fun is drained out of it. So to heck with all the caveats, footnotes, whys and wherefores. Let's dispense with technicalities and talk comics.

First of all, I was amazed just how many features went through six syndicates; so many that I gave up noting them. So let's go straight to seven:

A surprise entry from the olden days, with the slight caveat that there were gaps between some of these runs:

At a count of eight syndicates we have Wee Pals standing alone, but it fails to take the crown. Here are two features that made it to the pinnacle of syndicate-hoppiness at nine syndicates:

And our Fred Basset listing doesn't even take into account foreign syndication, which in its case maybe should count, so you might call it ten syndicates with the Daily Mail.

So that's it. Now it would be my delight to throw the question open to you folks. A real comic strip fan should be able to argue this question ad infinitum. Let's rumble!

Comments:
"Tumbleweeds" in particular seemed to have jumped around in the 1970s and '80s. I bought a bunch of "Tumbleweeds" collections from Australia, many of which retain syndication slugs, and they seem to change every so often. One book collection actually has copyright notice for BOTH King Features and United Features in the title page because it contains strips that ran under both syndicates.

Lew Little Enterprise was still listed even in strips that King syndicated, but not the United Features ones. I guess Lew Little subcontracted to King, right?

I'm also wondering how many strips are out there where they switch syndicates, only to go back to their old one. I recall that "For Better or For Worse" and "Prickly City" both switched from Universal Press Syndicate to United Features Syndicate, only to return to Universal few years later (in the case of "Prickly", it was because Universal merged with United).

"Tumbleweeds" probably falls in that category. It was with King Features for a few years, then after a string of different syndicates spent its final years with North America Syndicate, which was essentially just King Features with a different name anyway.

I believe that Lew Little did own the properties Tumbleweeds and Wee Pals when he started in San Fransisco in 1965. His tiny outfit could never compete with the big timers, yet he had high potential titles, so Register & Tribune and KFS did the distribution for a cut, the same arrangement a syndicate would make with say, Walt Disney Productions.
I think that Little's name stopped being seen because the ownership of the strips shifted to their authors.

Didn't Steve Canyon have the King Features indicta at one time?

Then let's bump Grin and Bear It up to ten syndicates too. It is currently being syndicated (granted, as a rerun) by King Features Weekly Service.