Obscurity of the Day: The Busyville Bees 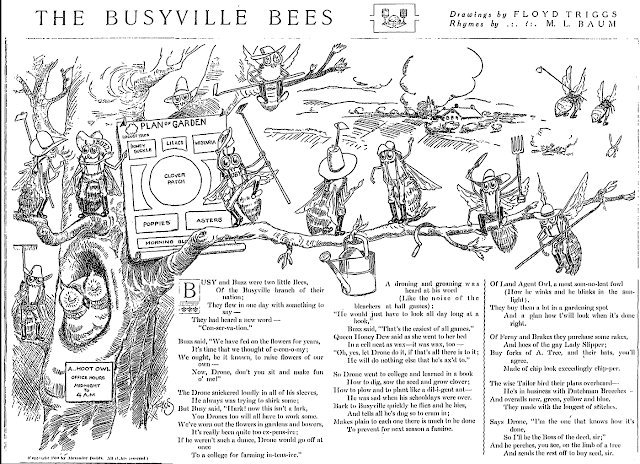 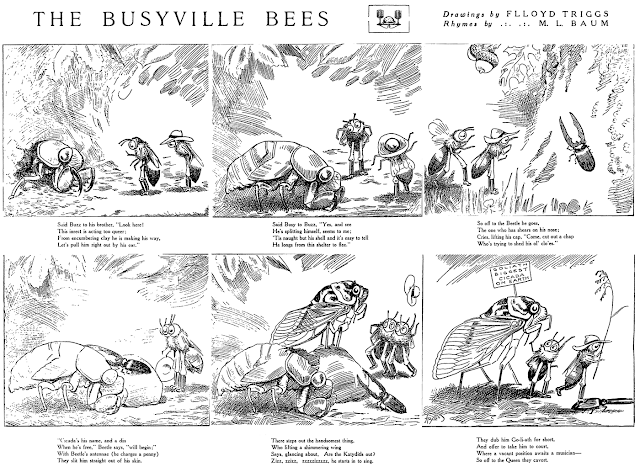 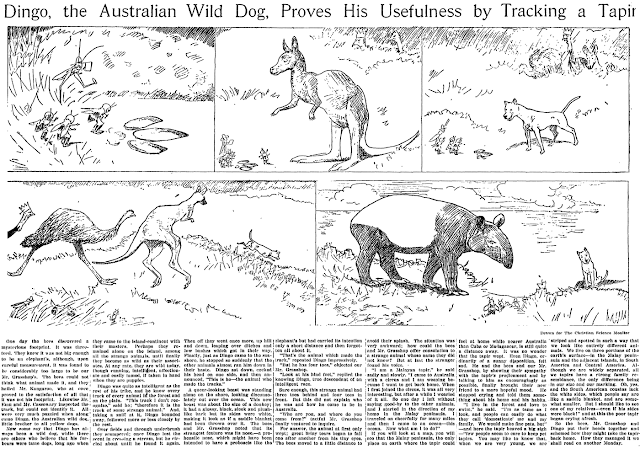 The Christian Science Monitor began publishing in 1908, and it wasn't long before a cartoon series found its way into their pages. It was called The Busyville Bees, and it debuted on May 28 1910. Sometimes a strip, but more commonly a panel, the feature concerned the goings on around a beehive full of industrious and inquisitive bees. The stories were intended to be fun but also instructive about the natural world. M.L. Baum provided the rhyming stories, and Flloyd Triggs (yes, two Ls) handled the art chores. Neither of these folks has any other newspaper comics credits that I know of.

Baum left the feature with the installment of September 26 1914. A little biographical sleuthing turns up that M.L. Baum was Maria Louise Baum, an important early contributor to the newspaper. She was editor of the Home Forum page from 1910-14, parting ways with the paper after a change in leadership made her feel that her contributions weren't as welcome as they once were. She is most known for writing the words to several Christian Science hymns.

After Baum left, the feature only appeared sporadically and Triggs, now presumably writing since no additional credit appeared, swapped out poetry in favor of  prose (sometimes a LOT of it -- see the bottom sample). In 1916 the running title was dropped in favor of a headline about the current installment. Triggs brought on a dingo as a new main character and the bees were gradually reduced to supporting roles. The series last appeared on December 16 1918.

Comments:
CSotD reports the death of Everett Kinsler mentioning that he worked on a comic strip "Strictly GI". Have you ever heard of it?