Obscurity of the Day, Revisited: The Cynic's Corner 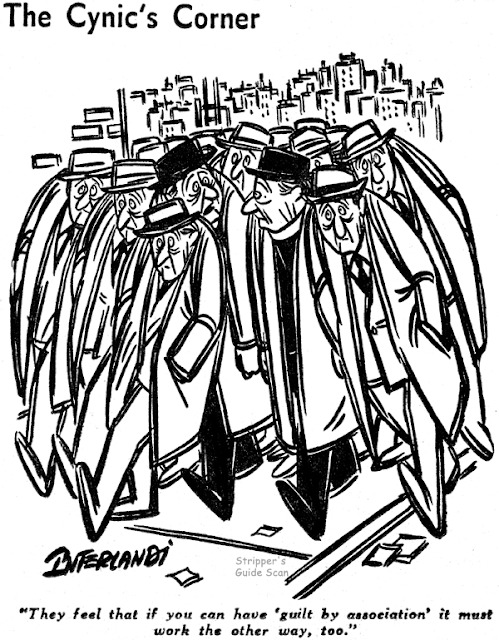 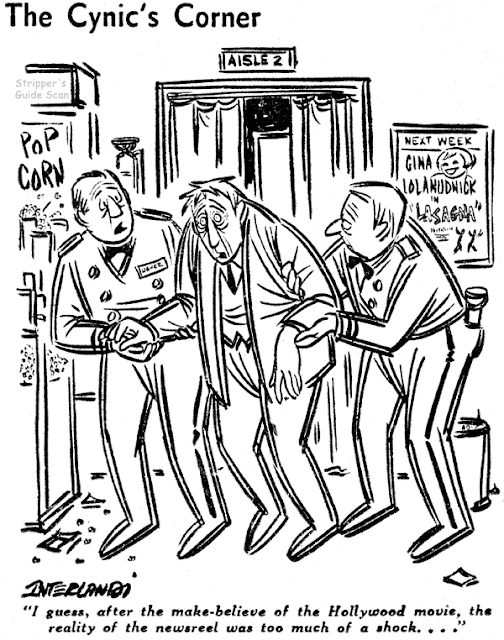 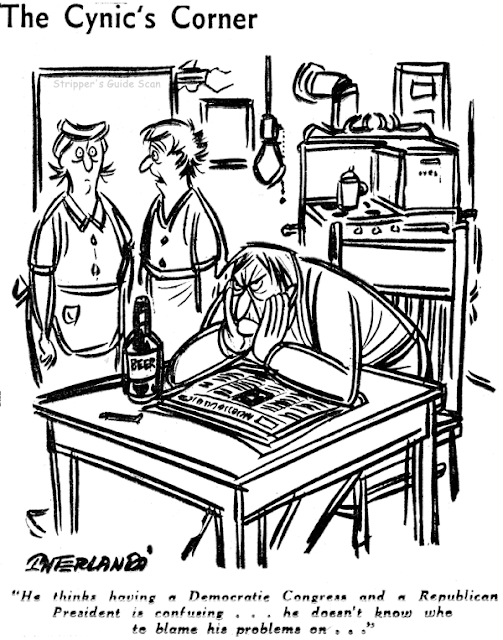 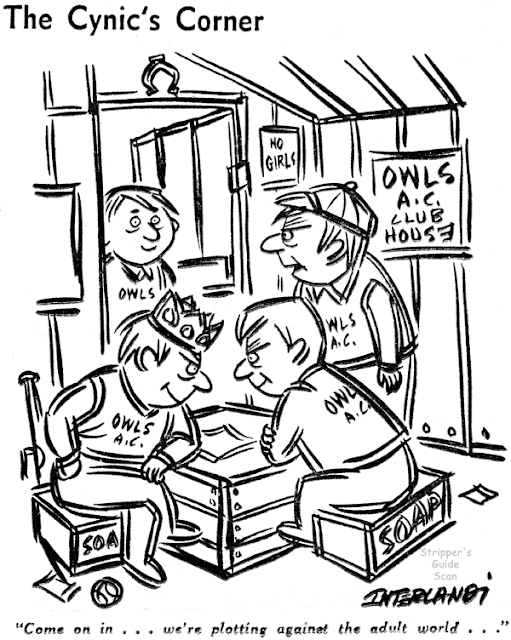 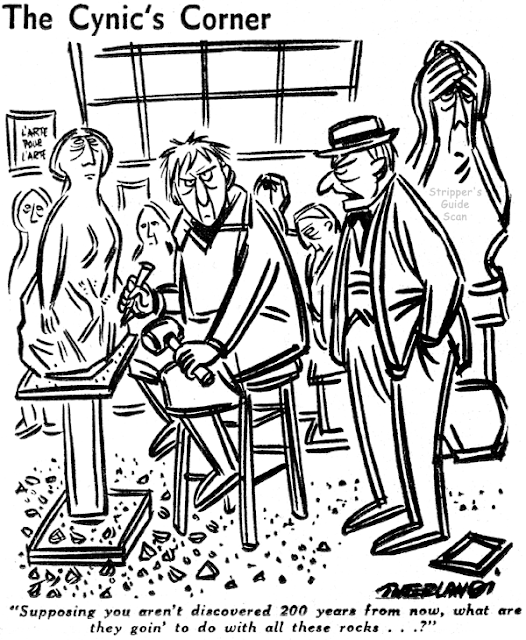 Way back in 2009 I covered The Cynic's Corner as an Obscurity of the Day. I got only two things right about the feature: the start date (October 12 1953) and my glowing opinion of Frank Interlandi's double-line pen technique. Everything else was baloney.

Unfortunately in those days when the supply of digitized newspapers was a drop in the ocean compared to today, I could only trace the feature to 1956, a mere three year run. Today, simply because I happened to click onto that listing in my database and notriced that I lacked an exact end date, I thought I'd go check to see if the ensuing decade had brought with it further data.

In the process of that research I added 21 years to the run and found that I had to remove a completely bogus second listing for the feature from my database. So let's try this again ....

The Cynic's Corner debuted through the auspices of the Register & Tribune Syndicate on October 12 1953*. Almost from the beginning, some subscribing newspapers ran the cartoons untitled or simply credited to Interlandi.

When the Los Angeles Times picked up the cartoon in 1960, for reasons unknown they chose the title Below Olympus (this is the bogus 2nd feature you'll find in my book). The Times must have really liked the cartoon,  because in 1962 they asked Frank Interlandi to work for them, and he accepted. His daily feature changed syndicates on October 1 1962**.

From then on the feature could be found running under any of those titles (Cynic's Corner, Below Olympus, Interlandi). The E&P directories came down firmly in the camp that preferred no running title at all; there it seems to have always been known simply as "Frank Interlandi Cartoon".

The feature was last listed in the 1976 edition of the E&P Syndicate Directory, and that's the last year in which I can find it running anywhere on a daily basis. However, it pops up occasionally through early December 1977 in some papers***. Since the panel was somewhat editorial in tone I'm guessing they weren't using old material.

Frank Interlandi continued to draw cartoons for the Los Angeles Times until early 1981, but it seems as if they were quite sporadic in those last years.

Comments:
Kind of reminds me of Geo. Price with a bit of Charles Addams thrown in...