Obscurity of the Day: All the Comforts of Home 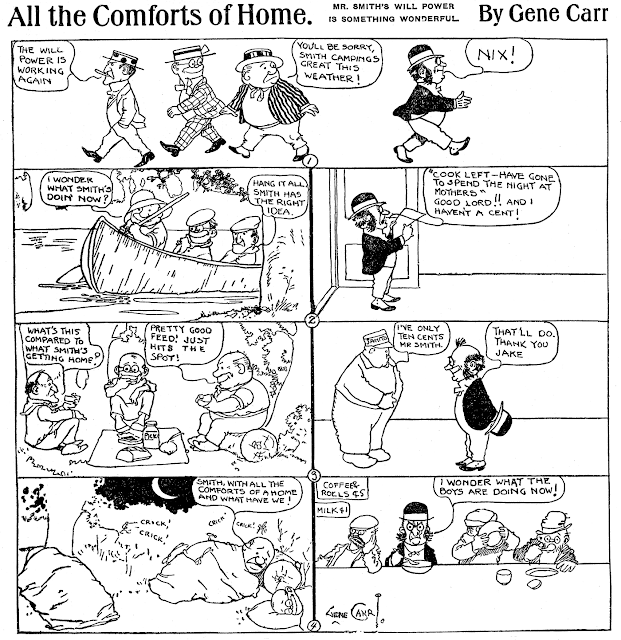 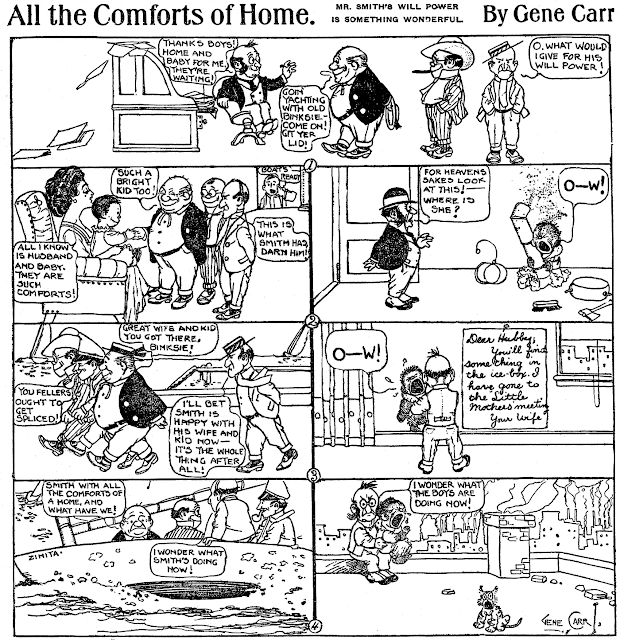 Through most of the 1900s and 'teens Gene Carr was with the Pulitzer organization, dividing his time between higher profile Sunday strips like Lady Bountiful, Phyllis and Step-Brothers, and his occasional weekday strips that ran in the Evening World, like All the Comforts of Home.

All the Comforts of Home offered readers the opposing viewpoints of bachelors and married men. In Carr's strip the bachelors are having a great time but pining for home, wife and babies, while the married man, though playing up his contentment to the boys, actually deals with ill-behaved children, absent wives and constant home maintenance projects.

The weekday strip had two runs in the Evening World, first from January 25 to October 5 1905, then the strip was revived from July 5 1907 to July 11 1908. The second series shortened the title to Home Sweet Home until June 1 1908, but it ran so rarely that the count of strips in the last month and a half of the run is actually greater than the whole prior year.

The 1907-08 series strips were resold to the Chicago Tribune, which added color and ran them in the Sunday section.