Obscurity of the Day: The Inquisitive Bunnies 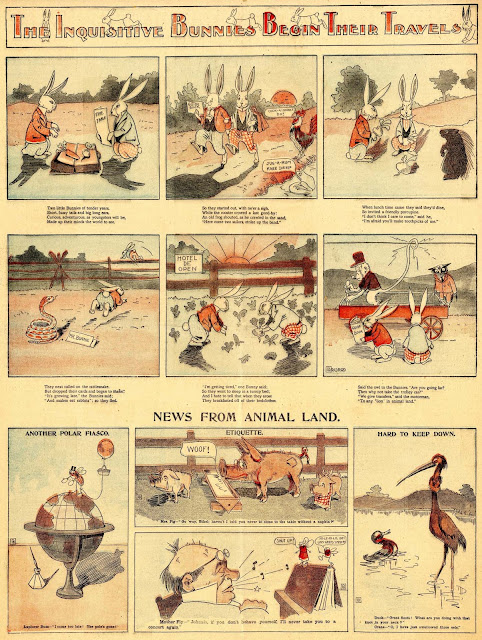 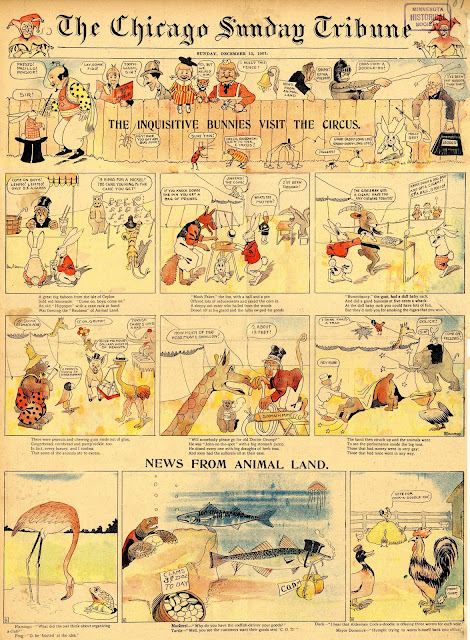 The Inquisitive Bunnies began on W.R. Bradford's second week supplying the Chicago Tribune with practically an entire Sunday comics section, November 17, 1901. Brad's art was pretty amateurish when he first came to the Trib, but evidently the powers that be appreciated the antic wackiness of his writing, which was already in full flower -- this stuff is completely unreined.

The less said about Brad's painfully bad poetry the better, but thankfully Brad gave this series the heave-ho in short order, dropping it with the installment of December 15 1901. His other Tribune series smartly stuck mostly to prose.

Thanks to Cole Johnson, who supplied scans of the first and last installments of this series.

Comments:
Hello Allan-
The figures atop the fence in the second sample are all from the Trib's feeble lineup of characters, obviously the little girl in the Tam was the star of the the debut Tribune comic section. I can't recall what her name was, Alice, perhaps, and Boggs the optimist is the one being clonked at the far right end.