Obscurity of the Day: Marty the Marine / Marty Muggins 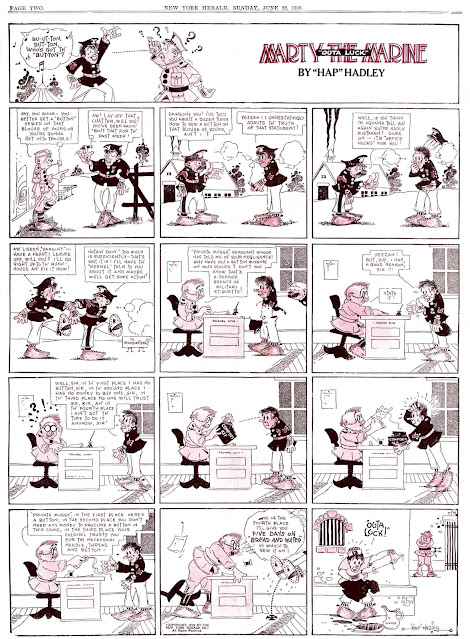 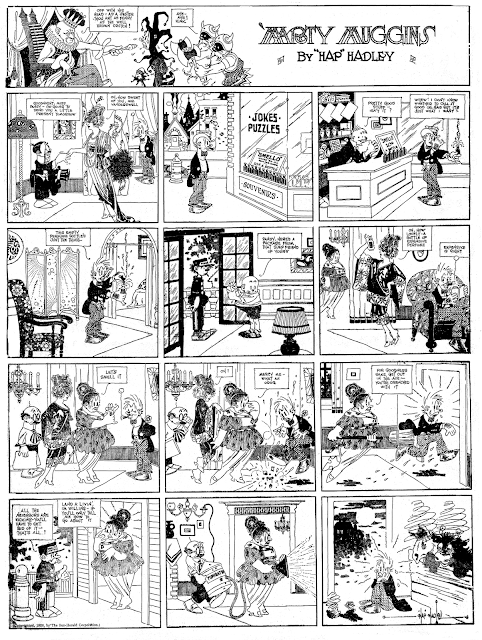 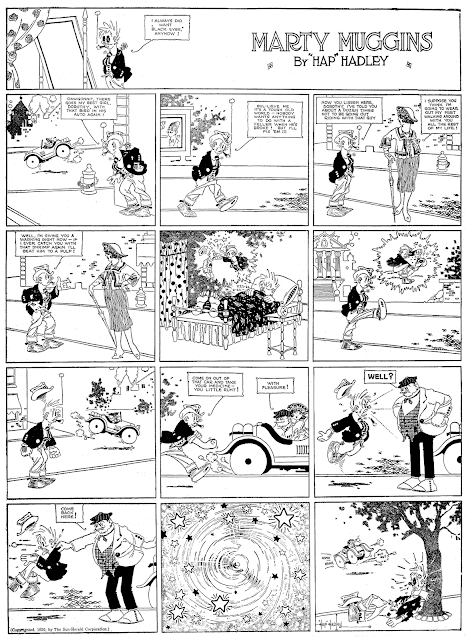 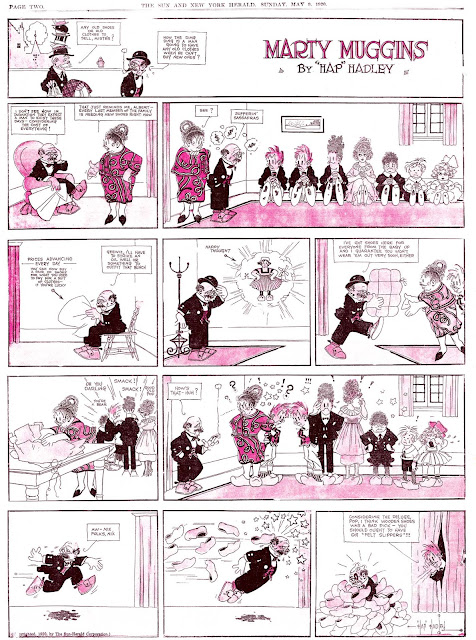 Alvin* "Hap" Hadley joined the Marines in World War I, and his cartooning ability kept him safely behind a drawing board during the conflict, where he did publicity material for the Corps. While still in the service Hadley developed a valuable fan, an editor at the New York Herald. In early 1918 he began submitting cartoons about military life that were run occasionally in the Sunday feature section of the paper.

While still in uniform Hadley graduated to penning a regular Sunday comics series for the Herald and a separate daily strip for their evening paper, the Telegram. To please his primary employers, both strips were about Marines and showed the service in a generally favourable light.

The Sunday series was Marty the Marine, and it began on November 10 1918. It originally began appearing in a special Sunday war section of the Herald. Recruit Marty was constantly in trouble with his superiors, but Hadley made sure to lay the blame squarely on him and not the service. On February 16 1919 the feature was moved into the regular comics section, upgrading it from a tabloid feature to full page. In July Marty was discharged (probably at the same time as Hadley was) and the strip was retitled Marty Muggins. The strip didn't miss a beat, showing that Marty could make just as much of a mess of things in civilian life.

Hadley's style may not have been technically all that great, but the energy, panache and joie de vivre of his work practically leapt off the page. Hadley could no doubt have made a fine career as a newspaper cartoonist, but it was not to be. On May 16 1920 Marty Muggins took his final bow, a casualty of Hadley wanting to pursue other interests. He had found himself mesmerized by the stage and screen. He married an actress, and after a brief stint in acting himself, Hadley found his ideal niche in producing art for shows and movies. Eventually he became a noted movie poster artist, producing among many others some iconic images for Buster Keaton and Chaplin movies. Information about his movie poster career can be found here.