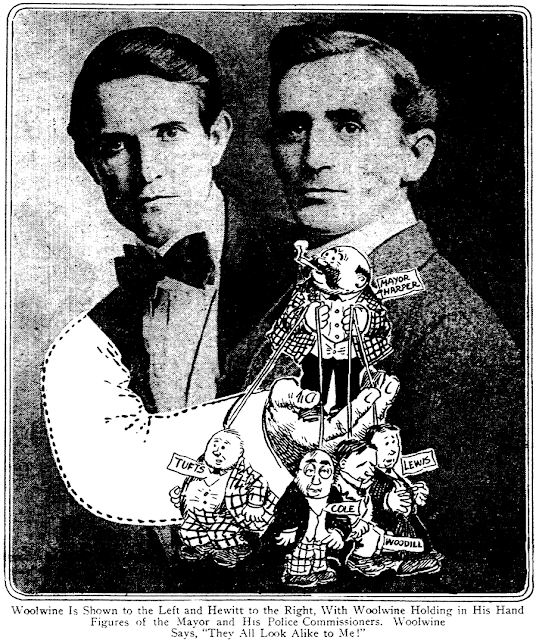 Wednesday, September 30 1908 -- There is a grand jury looking into Los Angeles Mayor Harper's questionable ethics. Chief prosecutor Woolwine and city attorney Hewitt, at the forefront of the push to dethrone Harper, are considering a petition to hold a recall election against the embattled mayor. 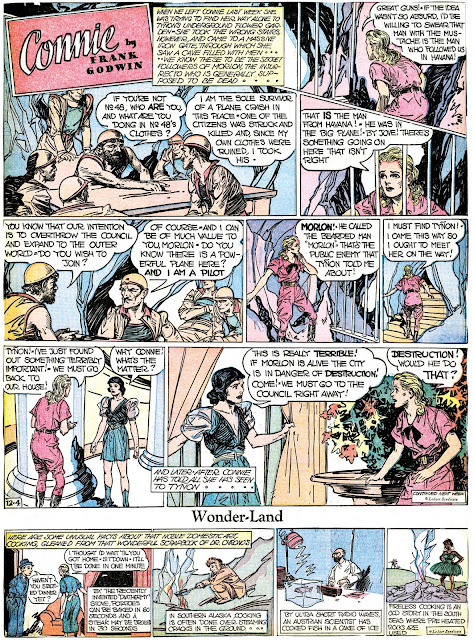 
Tecla A. Scheuring was born in Wisconsin around 1908 according to U.S. Federal Census records. In the 1910 census, Scheuring was the only child of Louis, an accountant, and Cecelia. They lived in Anna, Illinois on Miller Street.

The 1920 census recorded the Scheurings in De Pere, Wisconsin, on River Road. Scheuring’s father was a partner in Smith and Scheuring Audit Company. Also in the household was Scheuring’s paternal grandmother and a servant.

The 1929 Green Bay, Wisconsin city directory listed Scheuring as a bookkeeper at Northwest Office Supply Company and her residence in North DePere, Wisconsin.

According to the 1930 census, Scheuring lived at 428 St. James Place in Chicago, Illinois. She was an office manager for an aviation corporation and had a female roommate.

In the 1940 census, Scheuring, who used her maiden name, was divorced and had a two-year-old son, Michael, who was born in Illinois. They lived in Chicago at 7700-02 North Eastlake Terrace. Scheuring was a freelance feature writer for a newspaper syndicate. Her education included two years of college. According to American Newspaper Comics (2012), beginning in 1940, Scheuring was the writer on the comic strip Little Miss Muffet which was drawn by Fanny Y. Cory since September 2, 1935. Scheuring remained on the strip into 1946.

After this event, what became of Tecla Scheuring is not known. 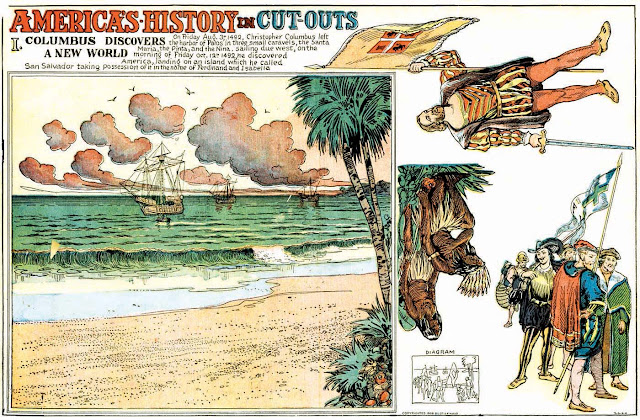 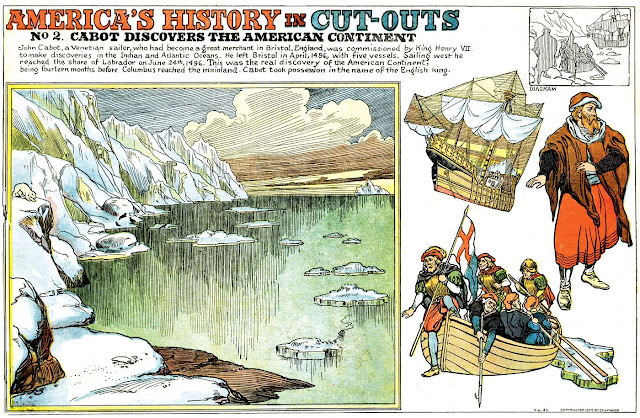 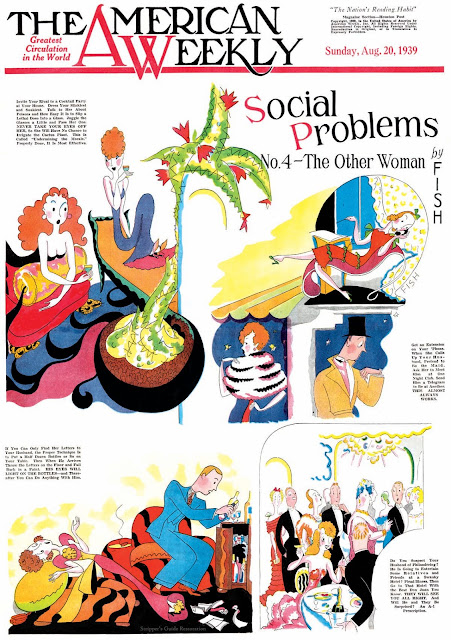 Here's another one of those great magazine cover series by Fish; we've covered quite a few of them, and there's more waiting in the wings. This one is titled Social Problems, and it ran from July 30 to August 27 1939. As always, delightful Art Deco drawings and wonderfully droll captions. 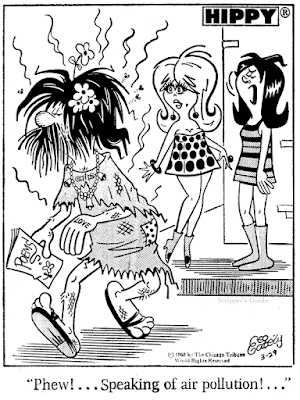 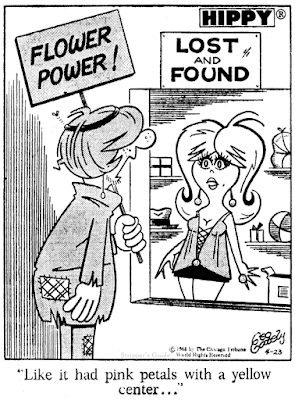 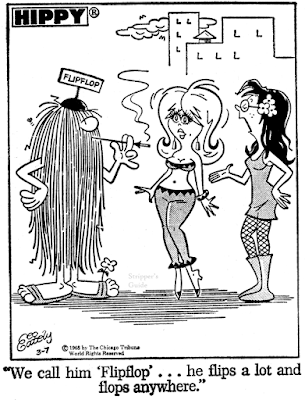 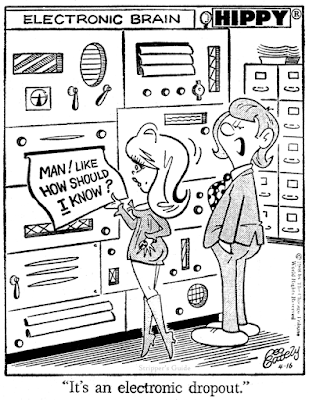 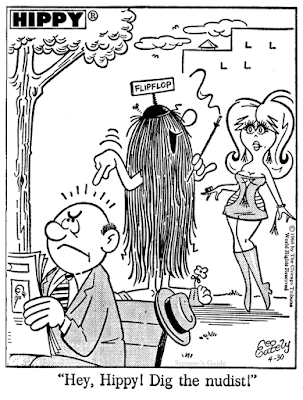 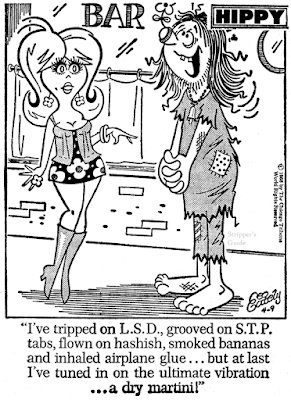 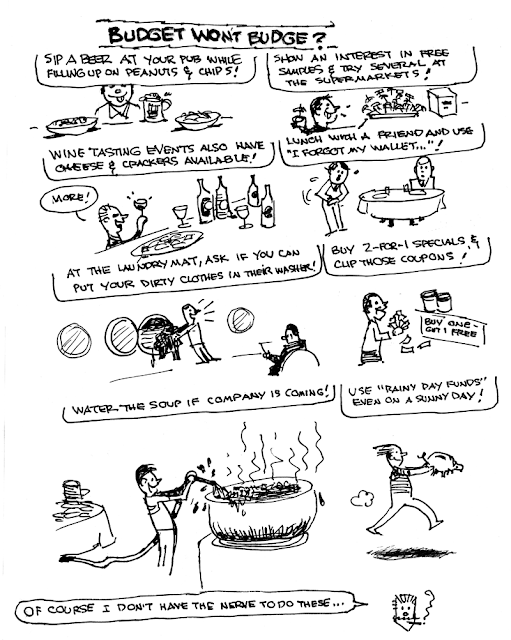 Comments:
How many times did Jim fall victim to the "I forgot my wallet" ploy? Never by me, I'm proud to say.