January 14 1909 -- Teacher Jessie M. Strickland has been subjected to a board of inquiry when some of her students made allegations against her. Most of the accusations have to do with her having an acid tongue, calling her students, among other things, liars, fools, blockheads and idiots. She allegedly told one that he would end up in a penitentiary, and another, who badly recited a passage about an apple tree, that he should be hung from one such tree. Herriman's take seems to be that a male teacher doing the same things would not have raised an eyebrow, so he points out to female teachers some other manly affectations they should avoid.

Wish You Were Here, from the cast of "Mutt & Jeff" 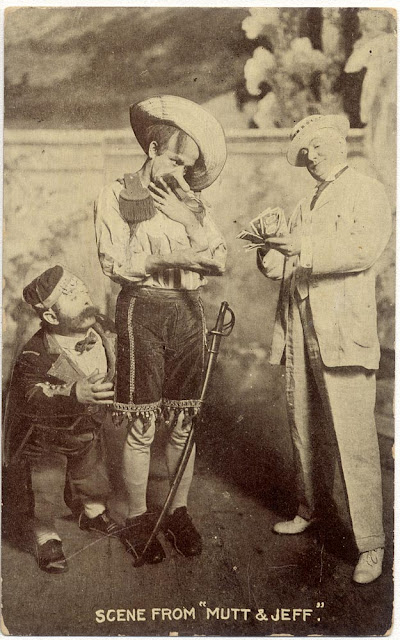 One of the favorite postcards in my collection is this Kraus Manufacturing Company photo card. Although undated, we can assume it was published circa 1912. Gus Hill's production of "Mutt and Jeff", based on Bud Fisher's comic strip, debuted on Broadway in late 1911, got good reviews, and travelled extensively after its Broadway run. The reverse of the card has this very modest blurb:

The biggest success in years; houses packed to the doors and the greatest laughing show on earth, "Mutt and Jeff," written around Bud Fisher's world renowned cartoons. Direct from its successful run in New York, Chicago and Boston. Pronounced by press and public the one big novelty of the Age.


What blows me away is the amazing make-up on the actors. Usually attempts to make actors look like the characters in a comic strip ends up looking ridiculous, but these actors really do look like their comic strip counterparts. Impressive!

Comments:
Any idea who the actors here are?

It appears to be Sam B. Drane (1868-1916) as Mutt and Gus Alexander (1903-1966) as Jeff. Both were featured in a series of live action Mutt & Jeff films for Nestor (a Universal Studios brand) in 1911. They were among the earliest films produced by Al Christie. At least two still survive, and aside from the bizzare make-up jobs, the most remarkable thing about them was they experimented with the intertitles; insead of the usual cut to a solid frame with the narration or dialogue, then back to the story, these films had them appear on the action, like a subtitle in a foriegn language film. 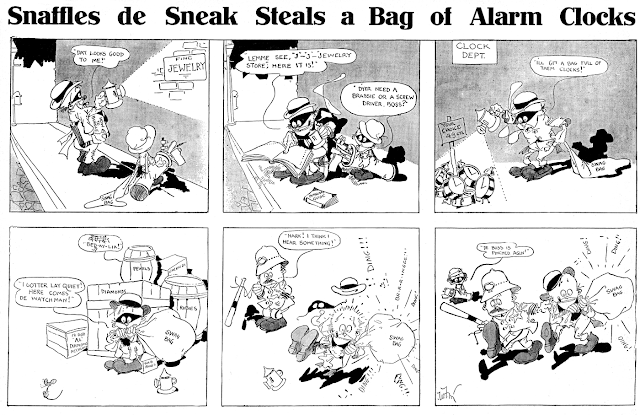 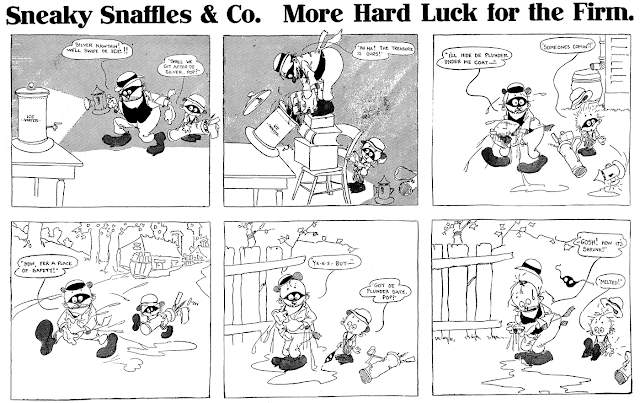 Sneaky Snaffles & Company (aka Snaffles de Sneak) is, for my money, William F. Marriner at his absolute peak of perfection. Artwise, you'll never find Marriner's stringy sinuous linework more playful and assured than this -- no wonder he inspired so many imitators. And the gags are just tremendous: in an era when 99% of all burglar strips (and there were plenty of them) maxed out their humor when the burglar got bit by the family dog, Marriner takes us all the way into Mad magazine territory, with sight gags, funny signs, and the most whacked-out moron burglar this side of Don Martin.

Sadly, Marriner lost interest in this terrific feature quite quickly. He produced it for the Philadelphia Inquirer from July 31 to October 30 1904. Thanks to Cole Johnson for the sample scans.


Charles Albert Ogden was born in St. Louis, Missouri, on July 14, 1889, according to the Missouri birth records (at Ancestry.com) and his World War I and II draft cards. His parents were William F. Ogden and Helen P. Hynes. A closer examination of the birth record revealed that Ogden had a twin brother, Edgar. Both were born at 1755 Morgan Street, probably at home.

In the 1900 U.S. Federal Census, Ogden was the youngest of five siblings, all of whom, except Ogden, a student, were working to support the family and their widow mother, a dressmaker. Edgar was not in the census. The family address was 4242 Easton Avenue in St. Louis.

Ogden graduated from the Riddick School, June 16, 1904. Information about his art training has not been found.

St. Louis city directories for 1908 to 1910, said Ogden was an artist who resided at 3615 Lucky Street. The same address was in the 1910 census. Commercial artist Ogden, who worked for a newspaper, and second youngest brother, John, lived with their mother.

The date of Ogden’s relocation to Chicago is not known

Another Ogden production was copyrighted by the Chicago Herald in 1915.

Chicago Commerce, May 26, 1916, reported the program of humor through music, song, verse and art that included Ogden’s Cartoonagrams.

According to Ogden’s World War I draft card, he was a Chicago Herald newspaper cartoonist, whose address was 4334 Ellis Avenue. He was described as being of medium height, slender build with gray eyes and dark brown hair.

On September 27, 1919, Ogden married Lola A. Woodward in Colorado Springs, Colorado, according to the State of Colorado, Division of Vital Records, Marriage Record Report.

Advertising illustrator Ogden and his mother were tenants at 931 Sunnyside in Chicago in the 1930 census. Ogden’s ex-wife had remarried. She and daughter Corlita both had the Reich surname.

In the 1940 census, Ogden was divorced and living alone at 5220 Kenmore Avenue in Chicago. He was a freelance advertising salesman. His highest level of education was the eighth grade.

The Chicago Tribune, June 27, 1955, published a letter from Ogden who commented on the “Whistler’s Mother” painting.

At some point Ogden moved to California.

Ogden passed away April 12, 1971, in Los Angeles County, according to the California Death Index. The Social Security Death Index said his last residence was at Long Beach. Ogden was laid to rest, next to his second wife, Marie, at Forest Lawn Memorial Park. 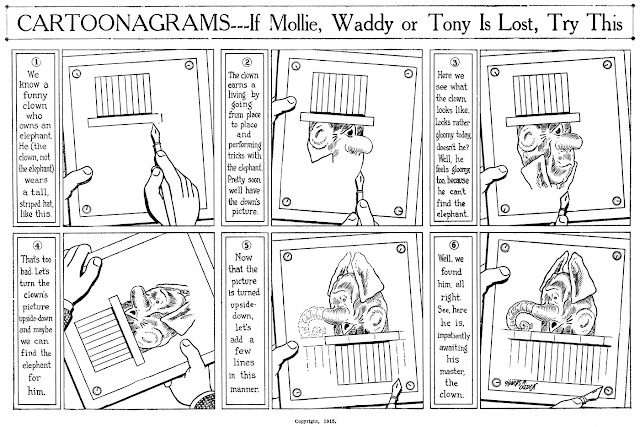 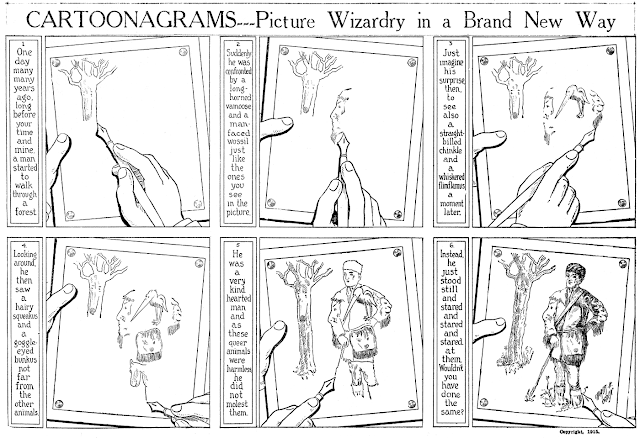 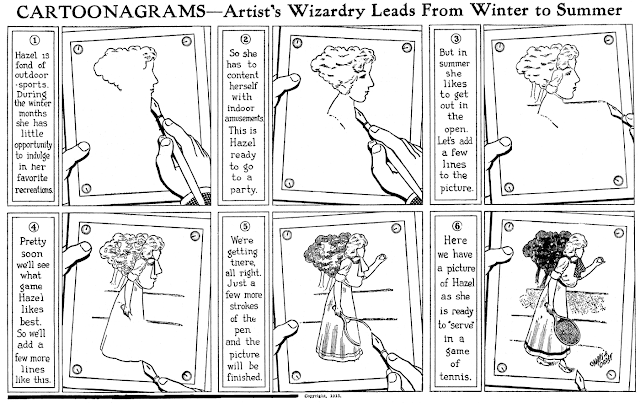 
Robert Morgan “Bob” Moyer was born in Pennsylvania on January 28, 1924. Moyer’s birthplace was recorded in the census and military service. The birth date was found at Western Pennsylvania Genealogy. His parents were Harry Riddle Moyer and Fleta Eugenia Morgan.

The 1927 Oil City, Pennsylvania, city directory listed Moyer’s father at 429 Grant. He was a sign painter.

In the 1930 U.S. Federal Census, Moyer was the youngest of two children born to Harry and Fleta, who was not counted in the census. Moyer’s maternal grandmother, Hannah Morgan, was head of the household in Franklin, Pennsylvania at 537 Elk Street. Fleta, who was in a sanitarium, passed away about seven weeks after the census. Her death was reported in the Oil City Derrick, May 28, 1930. She was laid to rest at Franklin Cemetery.

At some point Moyer’s father moved to Cleveland, Ohio. He returned to Franklin to marry Myra Grant Campbell, as noted in the marriage license application section of the Franklin News-Herald, June 19, 1936. The 1936 Cleveland city directory said the newlyweds resided at the Hawley House. Harry was a Newspaper Enterprise Association artist.

In 1937 the Moyer family address was 1256 Donald Avenue, Cleveland. Harry was still with the NEA. The 1939 and 1940 Cleveland directories listed the Moyers at 17535 Madison Avenue and Harry’s occupation as artist.

Moyer has not yet been found in the 1940 census. He followed in his father’s footsteps and worked at the NEA.

On February 18, 1943, Cleveland resident Moyer enlisted in the army during World War II. He was single and a commercial artist who had two years of college.

Moyer’s resume was found here. He studied at the Cleveland School of Art, John Huntington Institute, Cleveland College, and Milwaukee’s Latham School of Art. His experience from the mid-1940s onward is as follows:

Moyer is a noted illustrator and watercolorist who had an exhibition, in January 2005, at the College of Wooster. A retrospective of his work was held September 2015.