November 5 1909 -- Another Baron Mooch strip that was omitted from Blackbeard's book. This one  has Herriman stealing a gag from Winsor McCay's Dream of the Rarebit Fiend. The gag swipe is unfortunate (and a rarity for Herriman), but even so not all is bad. To atone for his sin Herriman offers us a lovely graphical flourish, framing the entire strip as a word and art balloon for the sleeping Baron.

Comments:
Which Blackbeard book are you referring to?

I think the book referenced is from the Hyperion Press series in 1977. Blackbeard was very shoddy historian, and the Hyperions were typically full of errors, including the self evident claim that they were all "The complete" first year, or classic year or even entire run of whatever title was being reprinted. 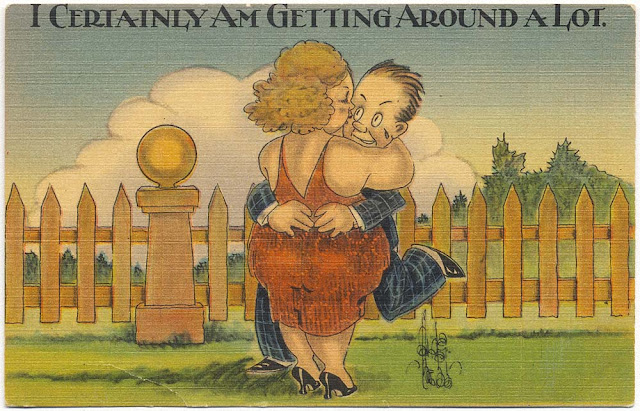 Here's a later Walter Wellman card, I'm guessing it probably dates to the 1930s, heyday of the heavy linen look. This risque card was published by the Asheville Post Card Co. of North Carolina, and this card was coded C229. 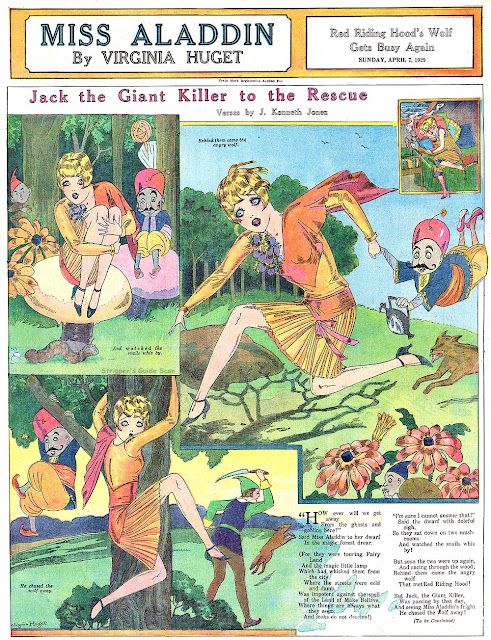 Well, hey, if we have a series of longer stories, that must mean we have a series of shorter ones, right? So this is that. I supposed you could also call it the Virginia Huget series, since her lovely art graced it consistently until September 1929.

I am able to track this series back to October 1927, which means it just possibly might dovetail with a missing section of that Dan Smith series (part 1 of this index). It doesn't rejoin that series in September 1928, though, so maybe not. There just aren't enough online newspapers to track this stuff with any real assurance. I seem to be joining Adventurous Anne in mid-story, so this series does go back at least a little farther.

I tracked this series in the Philadelphia Inquirer after wasting a lot of time indexing another paper that turned out to be running it really late and sometimes out of order. At the end of 1929, when this index ends, the material seems to dovetail with what I indexed in part 2 of this index. However, in the Inquirer at least, this material was copyrighted by King Features Syndicate throughout, whereas that one starts off credited to Newspaper Feature Service. Ah, what a tangled web we weave .... 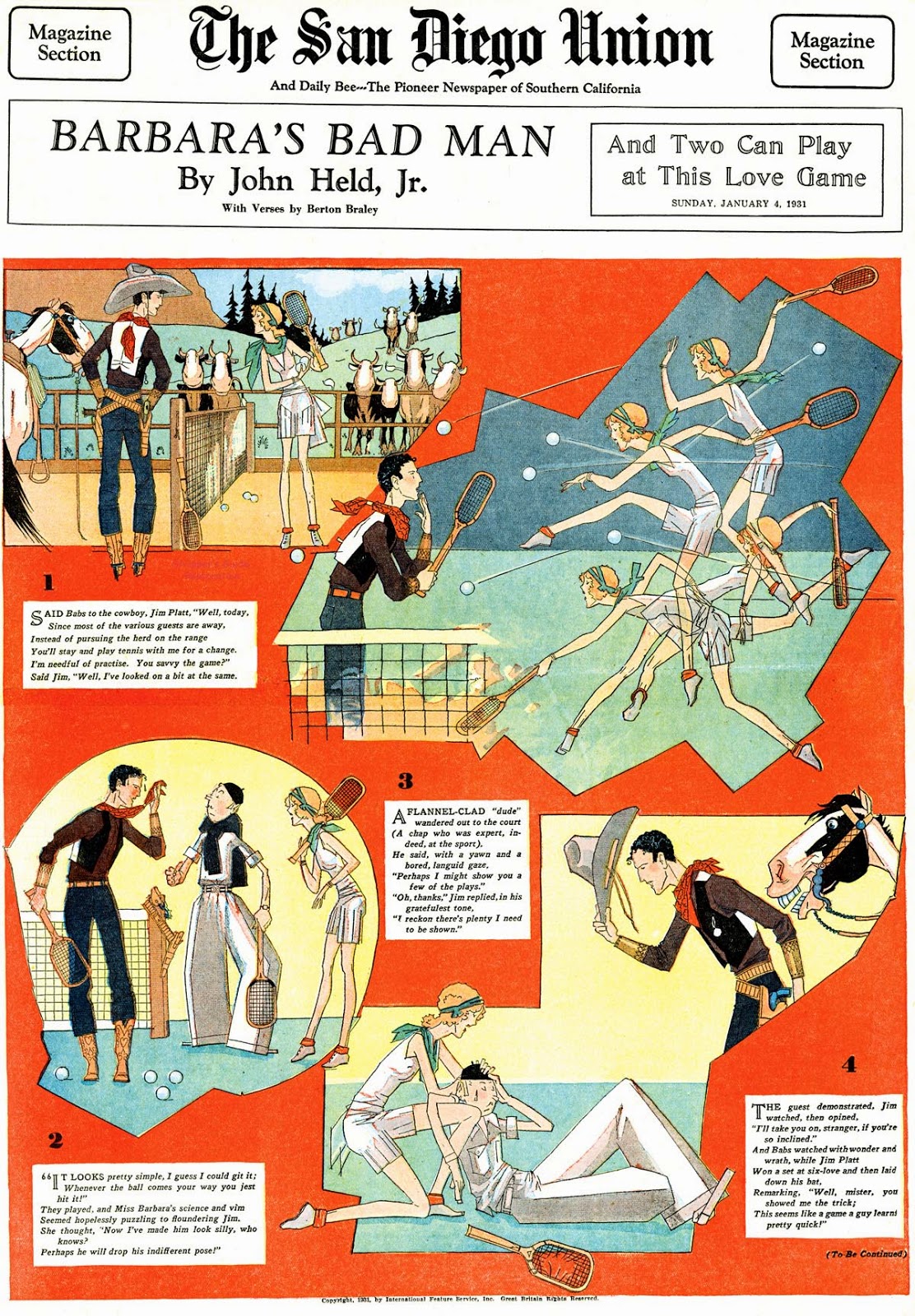 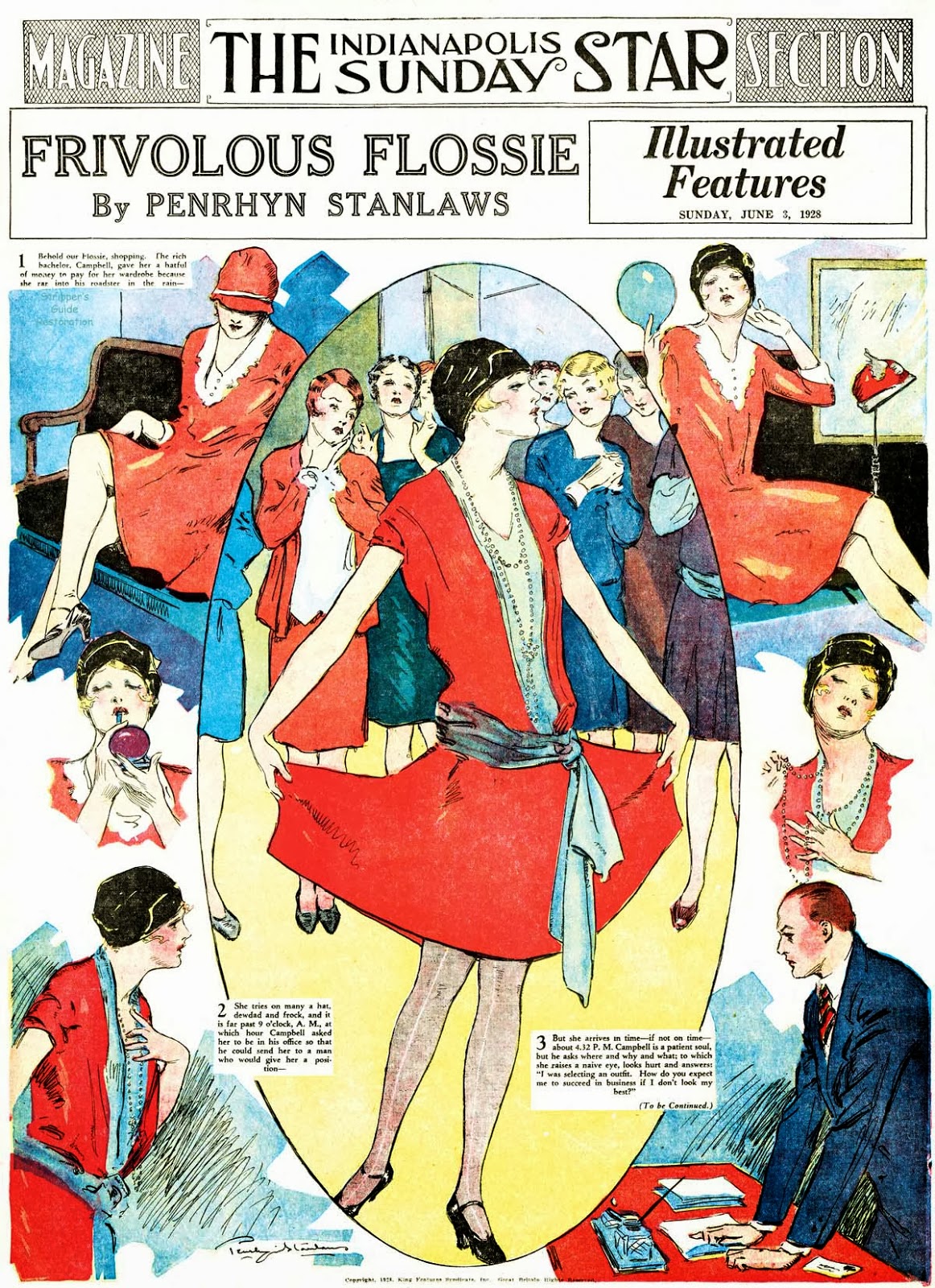 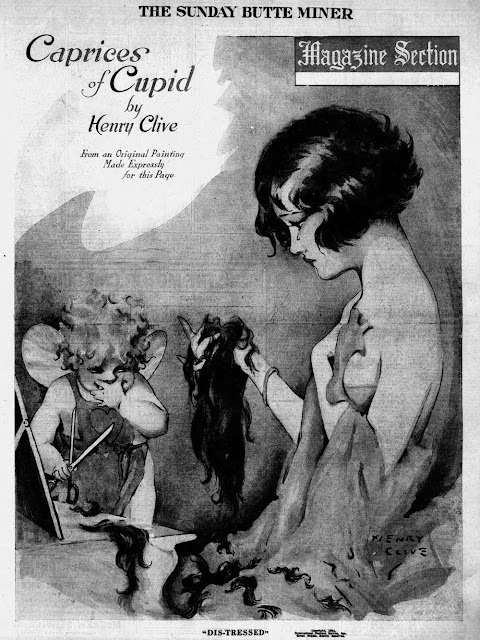