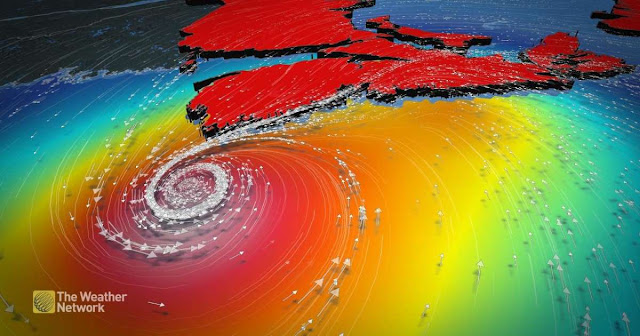 Hello Stripper's Guide readers, your host Allan Holtz here. I live in Nova Scotia, and though we didn't get the news play that the Bahamas did, Hurricane Dorian did quite a number on us. 80% of the province was without power for awhile, and we out in the hinterlands of the Annapolis Valley didn't get power back until Thursday evening. That's six days with no power and no water. Luckily our property wasn't damaged other than a few big tree limbs down, which is pretty doggone lucky considering the wind speed at times was topping 90 mph.

Although Stripper's Guide posts have been showing up here every day as normal, that's because we try to maintain a backlog of at least a couple weeks worth in the pipeline, and they've been posted automatically. I haven't been able to create new content since last Friday, and now the backlog is almost gone. I also have a lot of clean-up work to do around the property to get things back to normal. Therefore I'm going to put the blog on hiatus. We'll be back to our regular programming on September 28. See you then!

Comments:
Hope some of the linemen here in Maine came over to help out!

I'm told Maine sent a lot of help, for which many thanks.

Sorry to hear about this, I've have been in hurricanes and the recovery afterwards, so I know how hard it is. Glad to hear no major damage for you. Hope cleaning up go smooth.

Hello Allan- You're very fortunate to have avoided worse damage, I know what furious high winds can do, and what it is to go through. It's like being caught on an active battlefield. 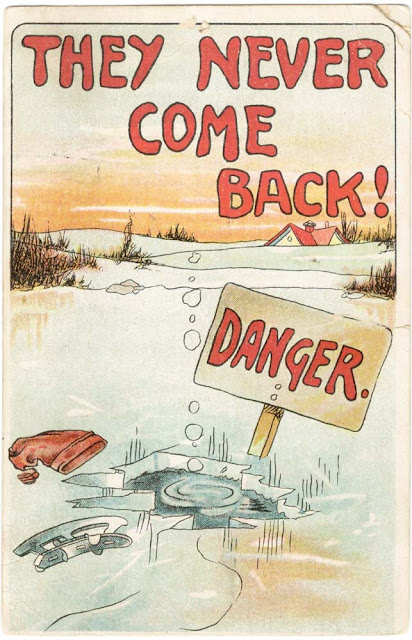 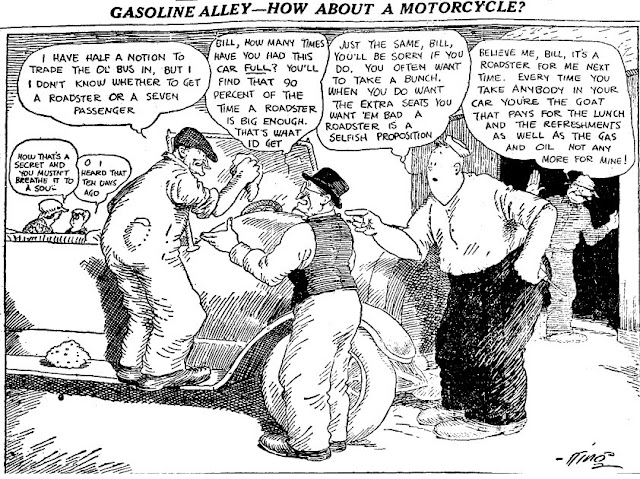 Jeffrey Lindenblatt has been researching Gasoline Alley strips in 1919; his interest was in comparing how the Chicago Tribune and New York Daily News ran the feature. He sent me the data he collected, which seems to show that not only were the two papers inconsistent until mid-December, but the Daily News wasn't even consistently late, which would seem like the most likely scenario considering that King was producing the feature in Chicago. There's even a single strip (December 22) that apparently never ran in the Tribune.

Jefffrey says that part of the problem stems from Gasoline Alley running as part of King's Sunday Rectangle until September, which sometimes made for seven panels in one week. Even after that, though, the Daily News maintained a stubborn independent streak not only in timing but even sometimes changing the strip's subtitle. 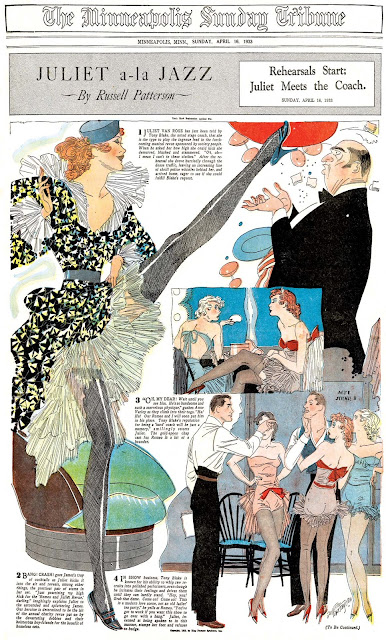 The short-running magazine series Juliet a-la Jazz ran from April 16 to May 21 1933 and marked Russell Patterson's last magazine cover series for Hearst for the next six years. Not that there was anything wrong with the series, since it sticks like gum to the shoe sole of the standard romantic magazine cover formula. Leggy redhead Juliet is cast in a play and the only question is whether she'll pick the leading man, the stage manager or the director to be her off-stage romantic lead. 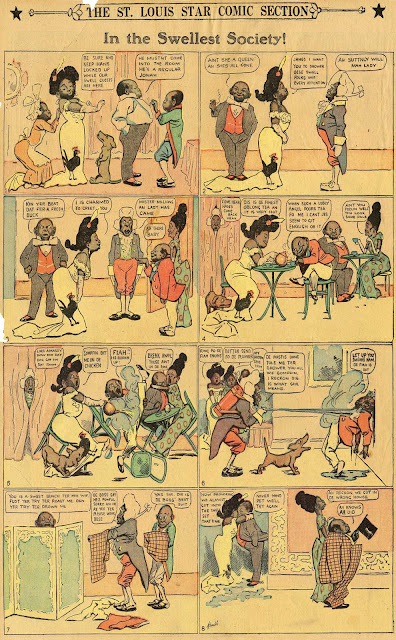 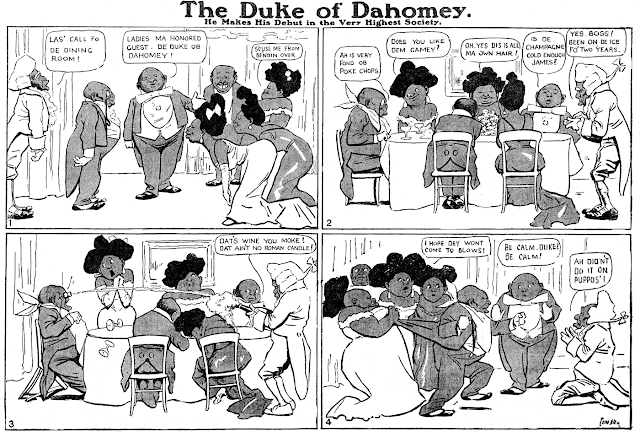 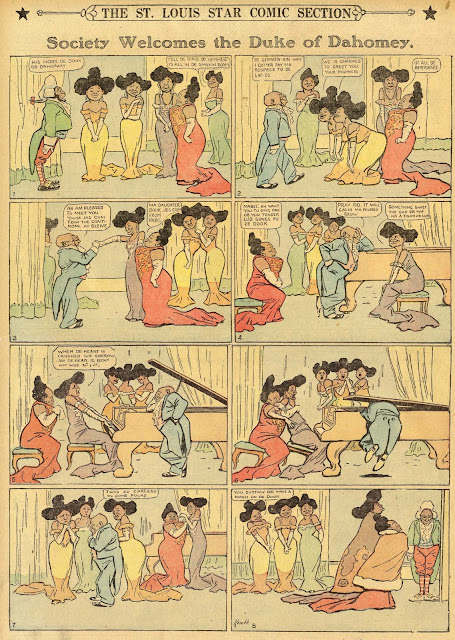 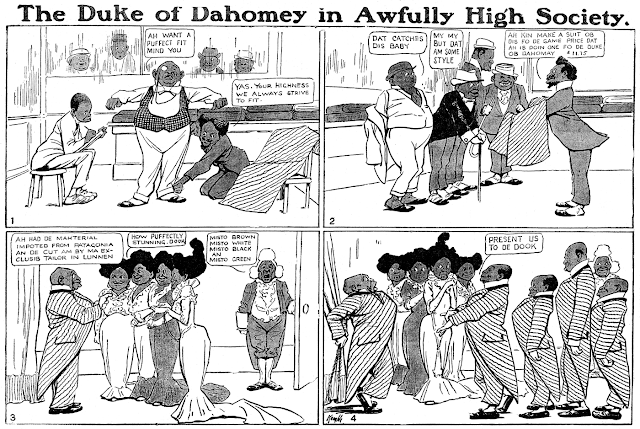 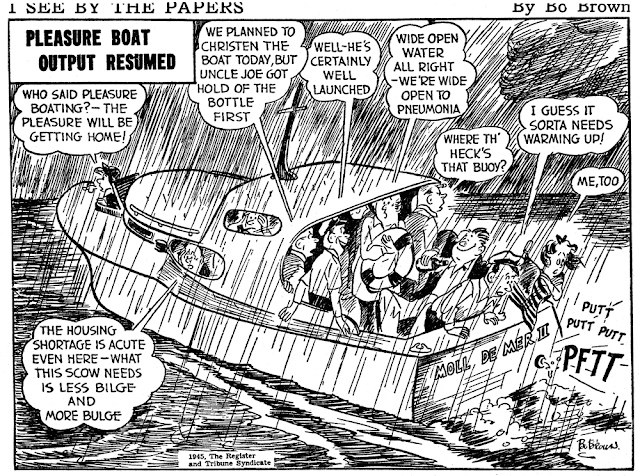 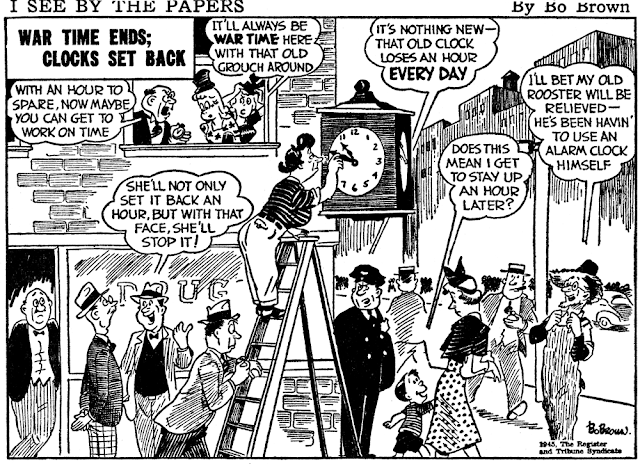 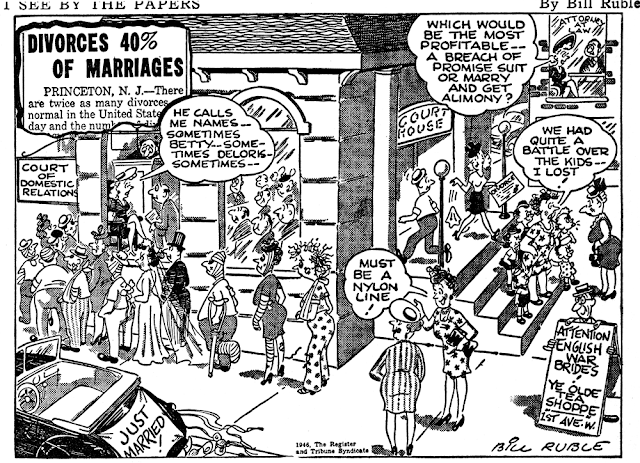 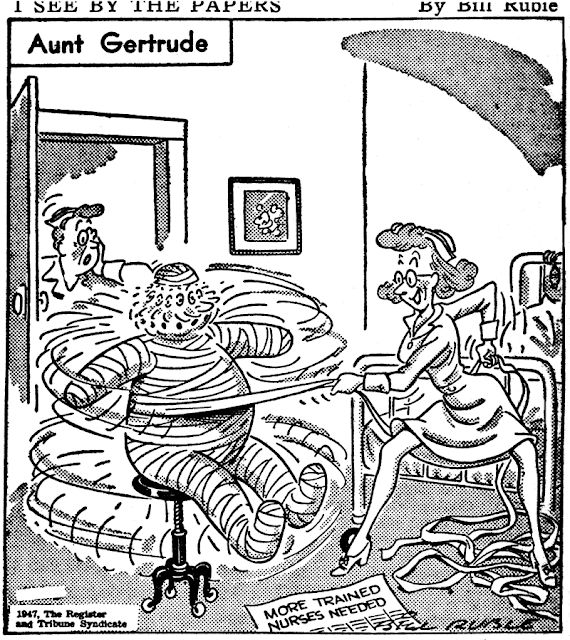 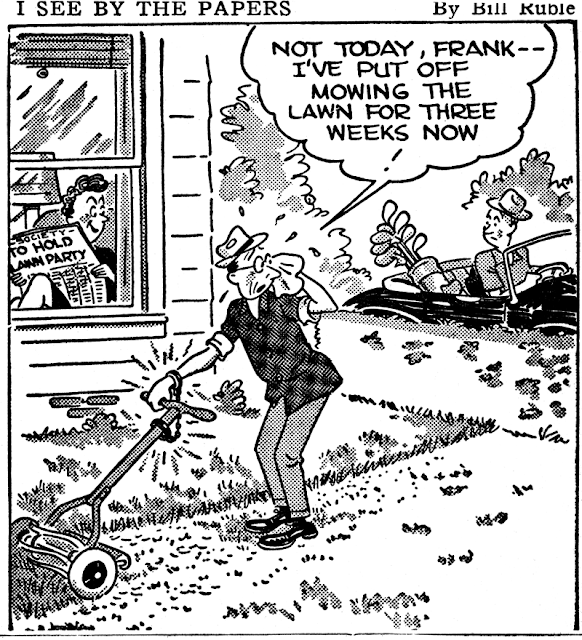