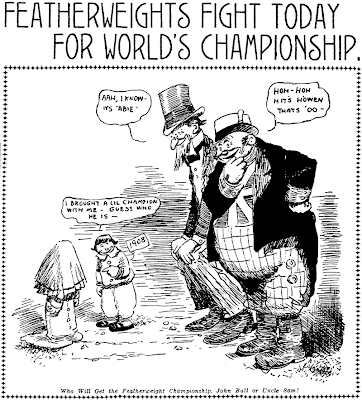 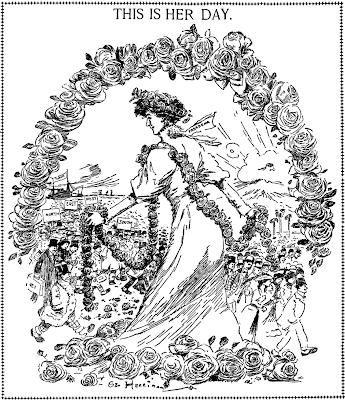 January 1 1908 -- Neat coincidence that we just happen to be covering the Herriman cartoons published exactly 103 years ago today. The top cartoon is about the Attell-Moran featherweight title fight that will come off later in the day, and the second is for the Rose Parade, already an institution in Pasadena.

Comments:
Thanks as always for Herriman Saturday! The Rose Parade has a strange historical twist that I'm still trying to figure out. One of the founders of the Rose Bowl is Arnold J. Bertonneau, who, I think, is part of the prominent Bertonneau family that came to Los Angeles from New Orleans. The Bertonneaus and Herrimans were friends and political allies in New Orleans and they kept up their friendship in Los Angeles.

Yes, Michael You are correct about the Bertonneau connection. Any information you want about the Bertonneau Family can be gleaned from Dr. Thomas F. Bertonneau, professor of American Lit. at SUNY Oswego. Tom and I grew up together in Northeast Los Angeles. I recently visited Tom and his family and was regaled with stories about his Creole Bertonneau lineage. BTW, my own father was a cartoonist, too: Carl Fallberg. 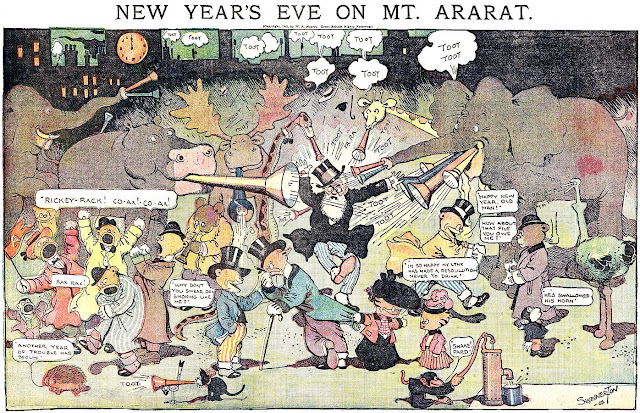 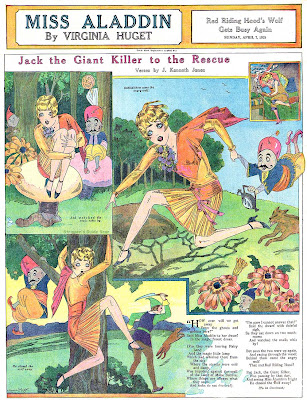 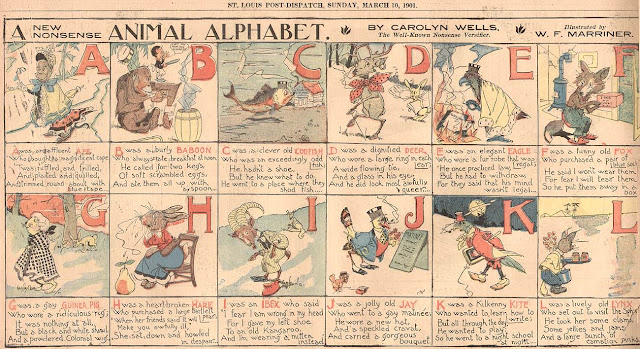 Obscurity of the Day: Songs of Christmas

Hope you all had a good Christmas and Festivus! I for one had enough holiday cheer to keep me warm despite a really long cold snap here in Florida (yeah, I know, all you folks up north feel terribly sorry for me).

So here in the afterglow of another holiday season, let's have one more Christmas feature before we put this one to bed. Here's the first two episodes of Songs of Christmas, the NEA Christmas strip for 1951. It ran daily from December 3 to 22. Walt Scott, who did many of NEA's specials, contributed an interesting one about the origins of various Christmas carols. As usual, when Scott does something serious he switches over to his straight illustration style, very polished but rather bloodless to my eyes. 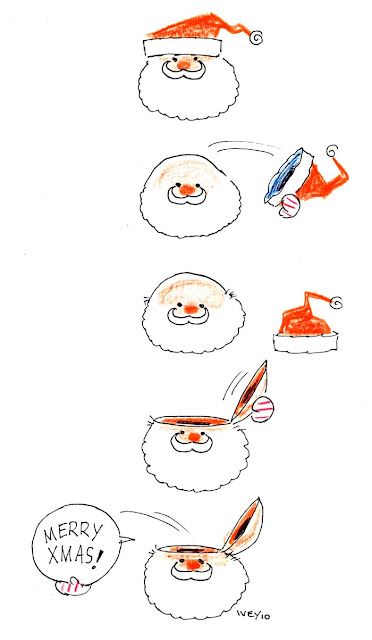