October 11 1909 -- Herriman's editorial and sports cartoons have been few and far between since his return near the end of September, but his drawing hand has certainly not been idle. He's mostly been working on the comic strip adventures of Baron Mooch.

As I've mentioned before on Herriman Saturday, it is not my purpose to republish Herriman work that has recently seen the light of day, and so the Baron Mooch strips will not be seen here. There was a collection called By George Volume 1, edited by Bill Blackbeard, in which the strips are reprinted. Unfortunately the publisher, Spec Productions, appears to be all but defunct after the death of Andrew Feighery. Those By George collections contain a lot of rare and important work, and it's a shame they're not readily available.

My set of By George volumes is currently residing about 2000 miles away, but I believe that there was a Baron Mooch strip missing, the one you see above, which was published on October 11 1909. If someone who has the volume could check me out on that, I'd very much appreciate it.

Baron Mooch was also published in the New York American and probably other Hearst papers but the LA Examiner ran them earlier and in a (presumably) complete run, whereas others did not. Other Hearst papers almost certainly did not run this particular strip because the subject is President Taft's visit to Los Angeles.

Thanks for checking Brian. Looks like there's more Baron Mooch to come, as I see at least one more in my LA Examiner stack. --Allan

Wish You Were Here, from Margaret G. Hays 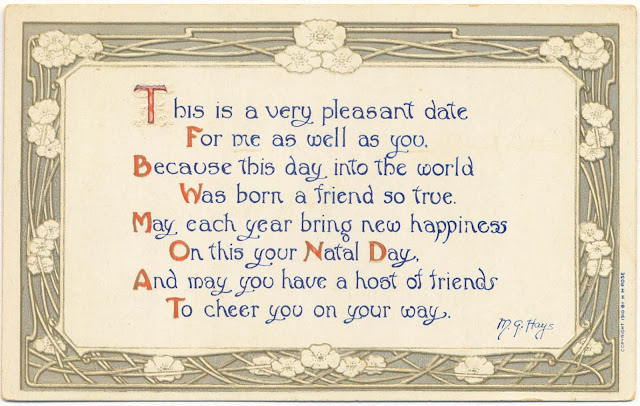 Margaret G. Hays was known both as a cartoonist and writer of comic strips, but here she shows us a side of her talents not cartoony at all. This birth congratulations postcard was issued in 1910 under the copyright of H.H. Rose. The reverse offers a logo with the initials TRC, presumably the printer (edit: The Rose Company).

Obscurity of the Day: Gentle Jane 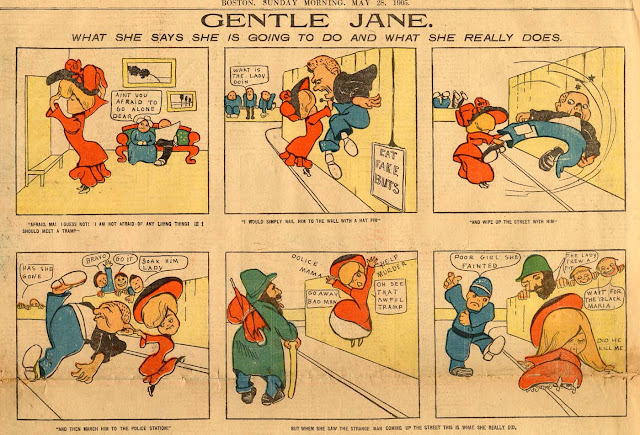 In the mid-1900s the Boston Globe had a stable of reliable if not all that exciting cartoonists. Ed Payne, James J. Maguinnis, and George H. Blair accounted for most of the low-key fun on the Globe's Sunday funnies pages, which boiled down to essentially two pages worth of material per issue.

Occasionally someone else would pop up on their pages, and Gentle Jane is the work of an anonymous try-out. The strip contrasts a woman's bold statements with her considerably daintier actual disposition. It ran only twice, first on May 28 (above), and then on June 4 1905*. Although undeniably amateurish looking, the art has an interesting turn of the century poster-inspired look to it. The question then is whether the greatly exaggerated bodies and actions are a series of happy accidents in his or her work, or if we are seeing exactly what the artist's mind's eye intended, as outlandish and bizarre as that is.

I can only imagine that this cartoonist and Eddie Eksergian would have gotten along famously. 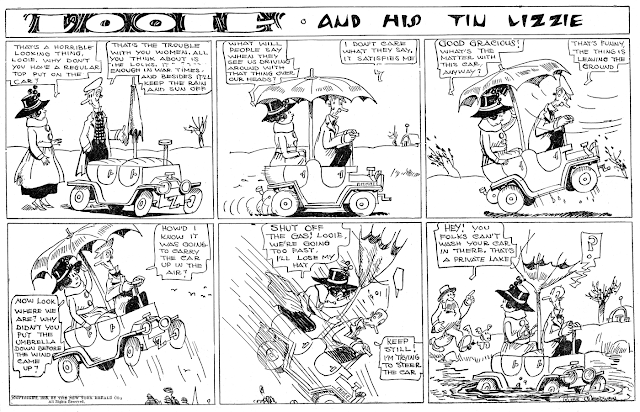 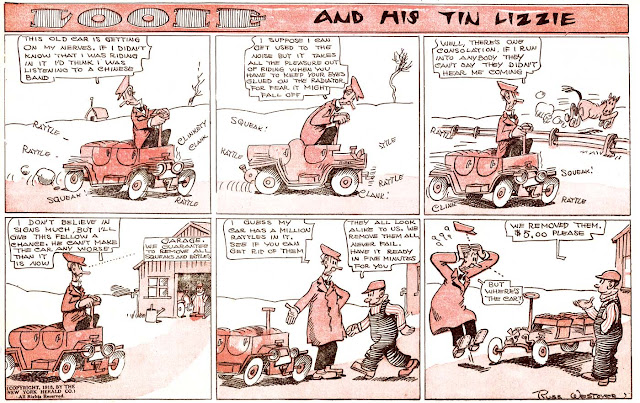 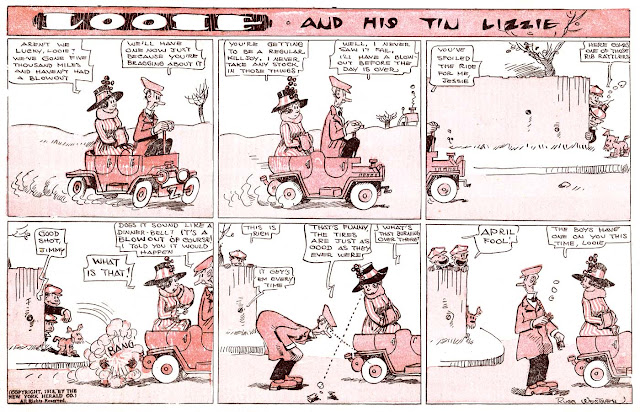 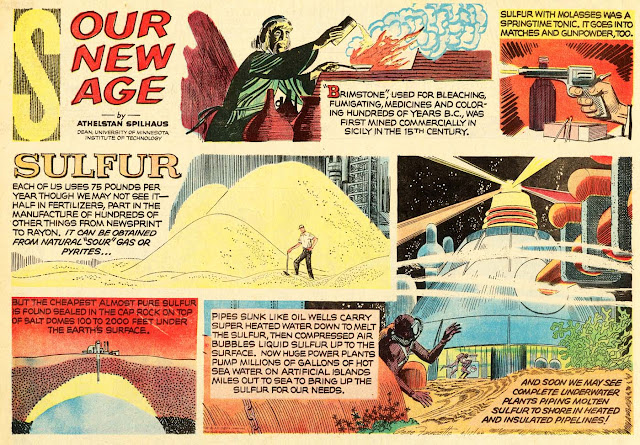 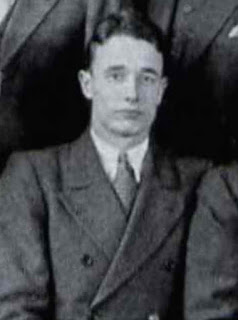 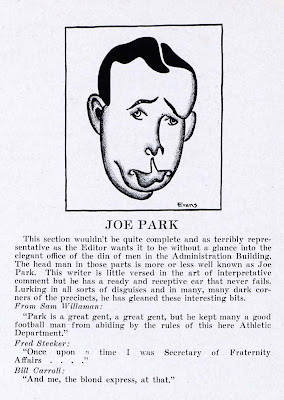 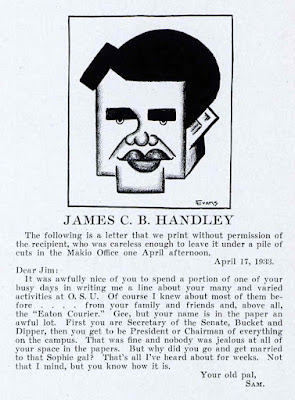 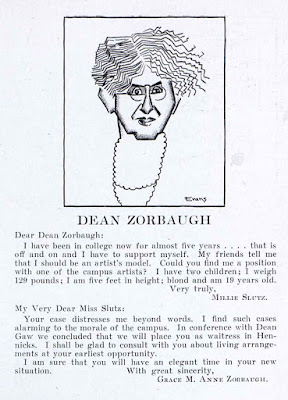 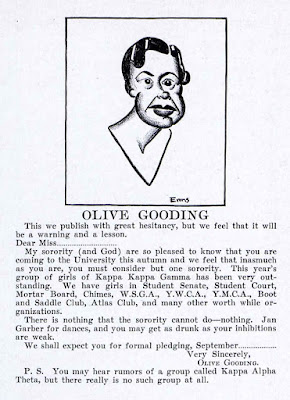 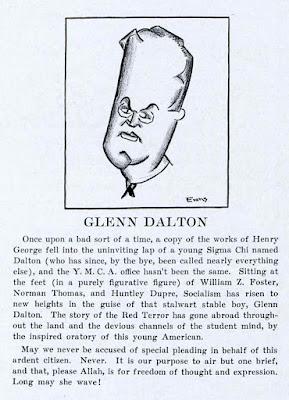 Comments:
I worked with Ray Evans, Jr.in Bangkok in 1966 and 1967. His wife Barbara and one or two children were with him. In Bangkok, he was "designer and illustrator" for The "Blue Book of Coastal Vessels South Vietnam" and a sister publication on Thai vessels. While there, he had a boat made in the style of the Chinese junk which he and Barbara sailed as far as Europe.